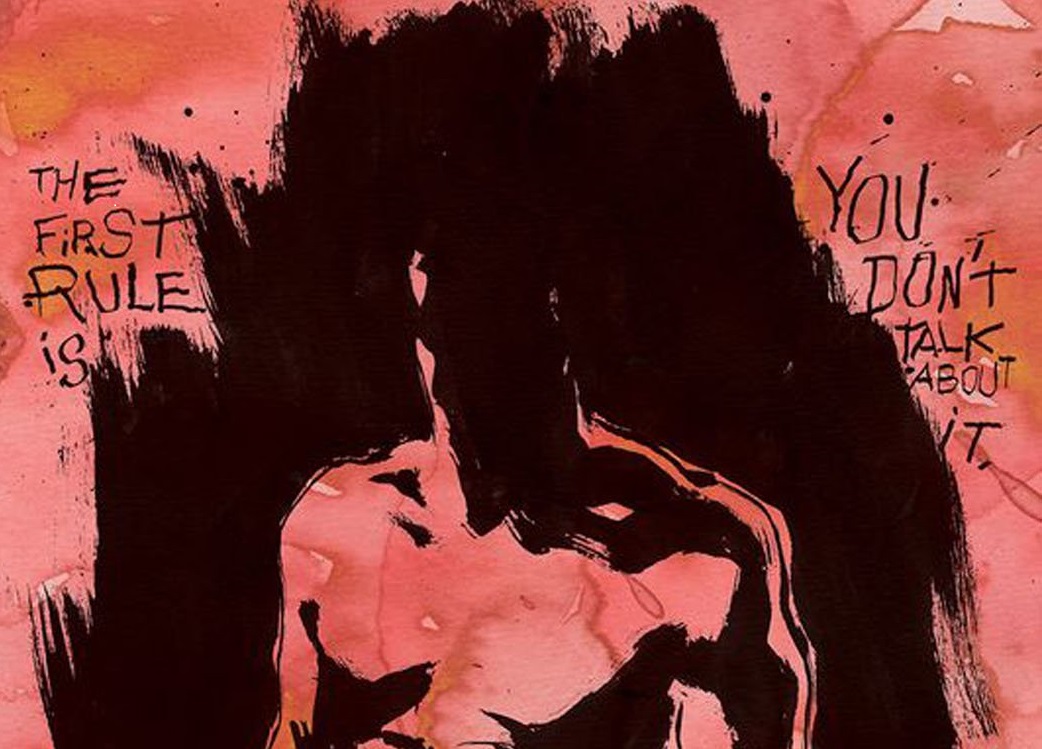 For the past few days, the internet has been breaking the first two rules of Fight Club: we just can’t stop talking about it. But our digression can be forgiven, because author Chuck Palahniuk himself recently revealed exciting new details about a Fight Club sequel in an interview with USA Today.

Palahniuk’s original novel, published in 1996, was adapted three years later into director David Fincher’s iconic cult film starring Edward Norton and Brad Pitt. Now, Fight Club2 will venture into a new medium as a ten-issue Dark Horse Comics series illustrated by Cameron Stewart. David Mack has also signed on to be the series’ cover artist, and you can see some of his promotional art above. The comic will be released in May 2015.

The gritty, violent world of Fight Club with its underground, anarchistic society of men who participate in bloody, hand-to-hand brawls should translate well to a more visual style. Fans of the original Fight Club will also remember some of the story’s absurd comedy, so no doubt we can expect to see more of that as well. Stewart’s illustrations are sure to give this world a whole new life, and fans of his work on such notable comics as Catwoman, Batman and Robin, and The Other Side will be happy to hear about his involvement.

News of a Fight Club sequel was made official when Palahniuk announced its existence at last year’s New York Comic-Con, but this is the first time we’ve heard any details about what we can expect from Fight Club 2. After making us wait for almost a year, Palahniuk has finally revealed some details about the plot that are piquing our interest.

Apparently, the story will take place ten years after the original book left off, and will give us a glimpse into the problematic marriage between protagonist Tyler Durden and Maria Singer. The two now have a nine-year-old son named Junior, and according to Palahniuk the story will focus heavily on the father-son relationship. Most exciting, however, is the promise that readers will learn more about the origins of Tyler’s true nature, which “is something that maybe has been around for centuries and is not just this aberration that’s popped into his mind.” We can also expect to see more of the shady, cult-like organization Project Mayhem, which will be stirring up more trouble.

Fans of David Fincher’s movie are probably wondering whether we can expect to see this sequel made into a film in the future, and while we won’t know the answer for some time I think the chances are high. With the current Blockbuster habit of making sequels out of everything (Pirates of the Caribbean 5, anyone?) it would only make sense for a movie as successful as Fight Club to follow the trend. And while sequels can be hit-or-miss, Fight Club 2 sounds promising from what we’ve heard so far.

Chuck Palahniuk will be on a Fight Club panel with David Fincher on Saturday at San Diego Comic-Con 2014, so hopefully we will hear some more information about the Fight Club sequel there.