Fairytale retellings: everyone’s doing them. Usually the shows, books, and movies are touted as “darker takes” on the original story, featuring beloved characters as villains or villains as beloved characters. Once Upon A Time has turned just about every fairytale on its head, and it occasionally makes for good TV. One of their main changes from Disney was featuring Peter Pan first as an evil kidnapping shadow and then as an evil smirking boy who was actually the father of Rumplestiltskin (yes, it was just as weird as it sounds). With all these “gritty” reimaginings, it’s easy to get a little tired of anyone and everyone trying their hand at spinning classic tales into cash. Luckily there’s an antidote to this creeping fairytale cynicism, and it comes in the form of a charming little web series called The New Adventures of Peter and Wendy. 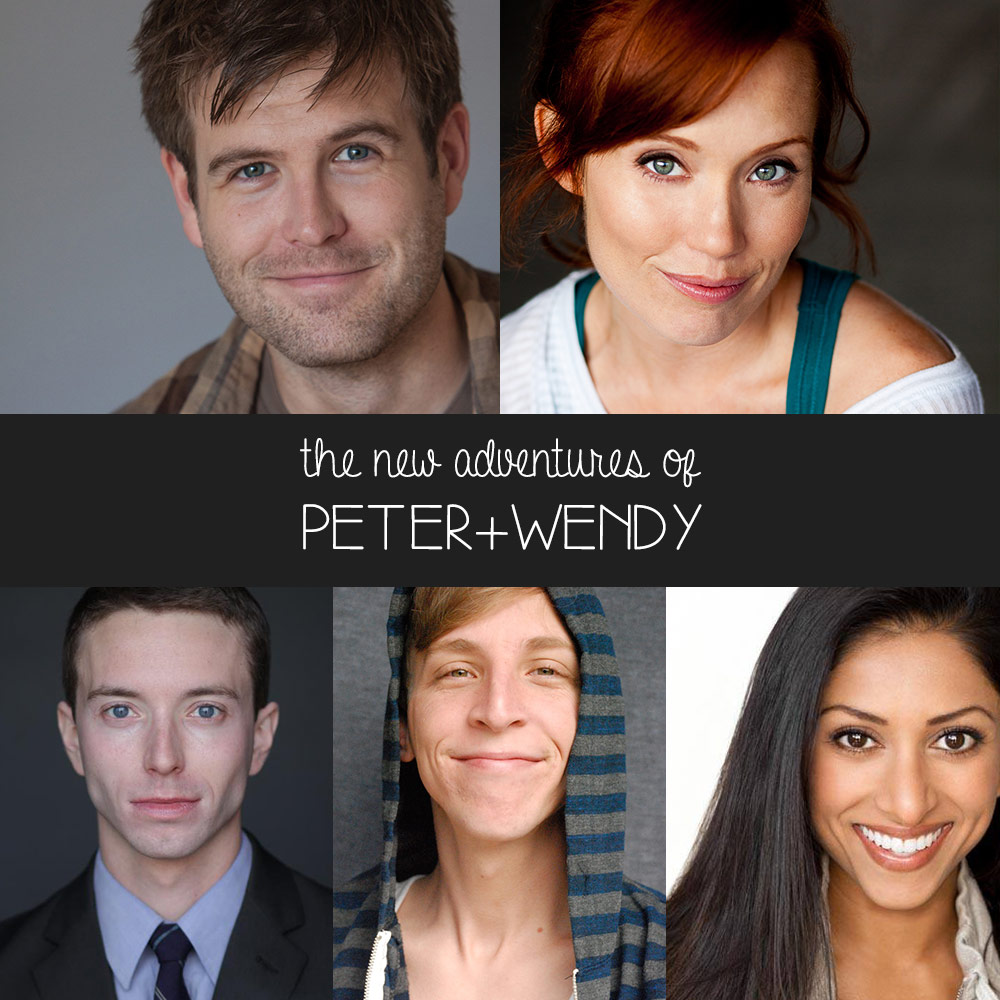 The New Adventures of Peter and Wendy

The New Adventures of Peter and Wendy is a modern, whimsical take on Peter and Wendy by J.M. Barrie. The show features Peter Pan, a comic book artist who has a possibly unrequited crush on his best friend Wendy Darling, a vlogger who works for her family’s newspaper. As is the case with most humans, Peter’s goals in life appear to be never growing up and having fun. Kyle Walters, a self-described “gooey sap of a man” who co-created the show and plays Peter Pan, joked that “Shawn [deLoache] and I created this whole show just so that we could justify with ourselves that playing video games at our age is totally okay.”

Kyle Walters described the show as “a hilariously touching sitcom-romcom. A ‘New Girl’ with fairies and vlogs for Youtube. What if Peter Pan, Wendy Darling, and the rest of the gang were twenty-somethings living in the heart of suburbia (Neverland, Ohio)? Underneath the surface it’s about finding the right balance between grown-up responsibilities and childhood exuberance and imagination for life.” The show is funny and entertaining, providing both laughs and smiles with it’s charmingly awkward characters and simple yet engaging stories.

The New Adventures of Peter and Wendy isn’t merely a webseries: the YouTube videos are only part of a complex universe built around social media. Characters have accounts on various social media sites and the town of Neverland is well-fleshed out on the Kensington Chronicle website, which posts stories from the characters on a regular basis. The actors don’t keep up with their characters individual accounts, but according to Paula Rhodes, who plays Wendy Darling, “ . . . we have a stellar transmedia team headed by Emmett Furey who does that. I think we’d mess it up if we did – they’re timing it like such an intricate dance so that the backstory of each ep is played out in real time. The depth is amazing and I love that fans are role playing in the world along with us.”

Making the series transmedia is a way to expand the universe while keeping the episodes short and easily watchable. “We didn’t have the budget to make epic hour long episodes that fully explore the world, the characters, and the b-plot lines.” Kyle Walters said, “So including multiple less monetarily expensive ways of story-telling help us tell a more complete story.” New episodes every Wednesday and Friday. The first season will have a total of 24 episodes, all taking place inside various characters’ houses. While fans can explore Neverland through the show’s transmedia aspects, Walters points out that setting the series indoors means that “we all get to imagine this semi-magical suburbia as we might want to.”

Neverland certainly does seem magical, filled with fairies playing video games and people who glow with excitement over the small things in life and never, ever want to grow up. Paula Rhodes said that if the series did have an underlying moral, it would be about reminding people that “finding your joy, and the balance that works for you (and only you) between work and play is key. If you’re really smart/lucky you’ll find a way to make your joy your work. Days when I recognize that I’m doing what I love are my happiest. I wish that for everyone.”

So if you’re feeling blue and want a guaranteed smile, The New Adventures of Peter and Wendy is the show for you. And you’re in luck, because the first six episodes are already up on YouTube for your viewing enjoyment!