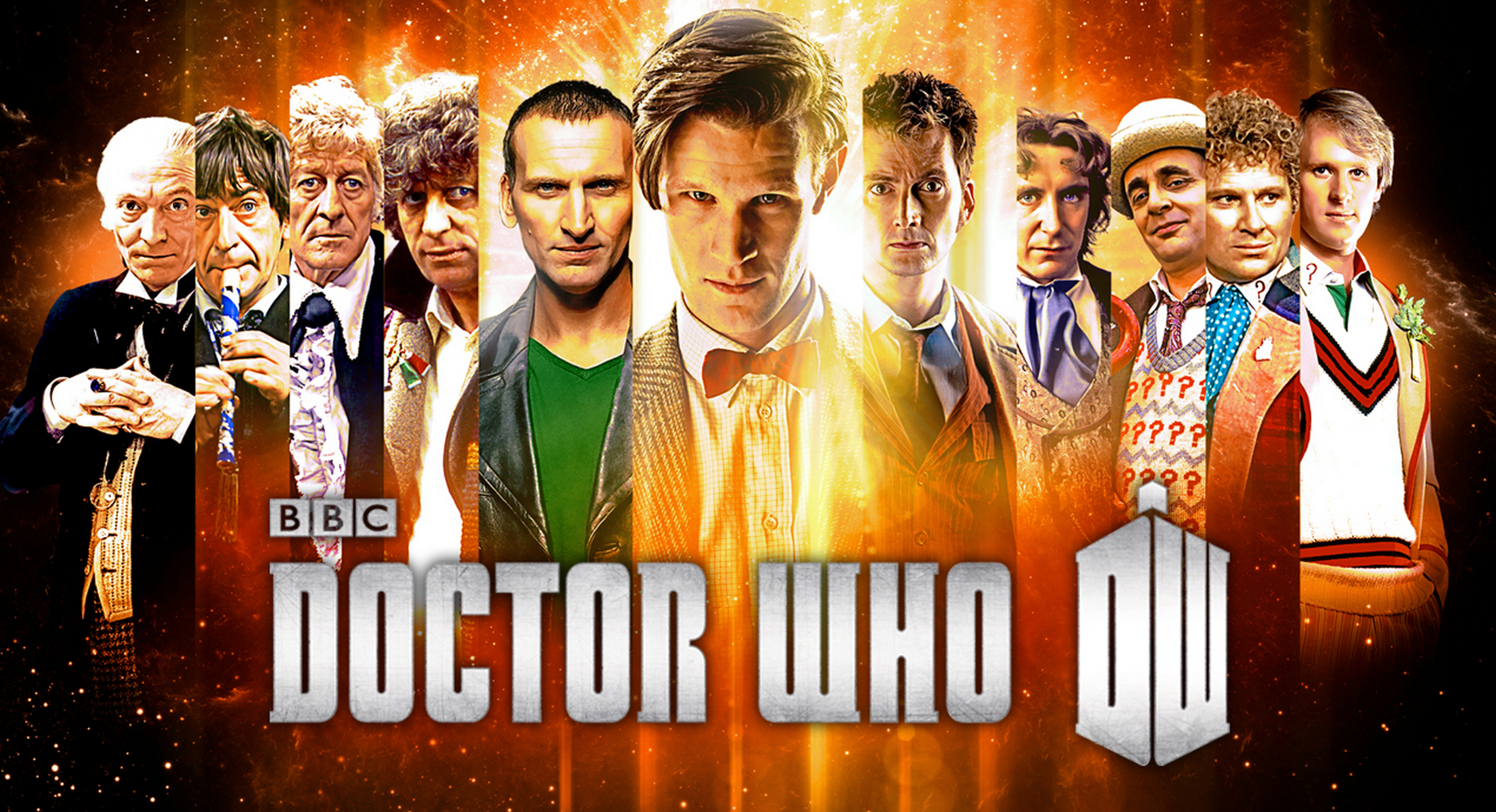 It’s a sinking feeling in the pit of your gut when you see the notification that one of your favorite shows on Netflix will soon disappear forever, especially if you haven’t finished the series. Your mind goes into a state of red alert. Text messages are sent to loved ones notifying them you’ll be unavailable for an unknown period of time. Calculations run through your brain: exactly how many shows will I have to watch per day to get them all in before the deadline. If I cut out showers and sleep, this CAN be done. Right now this is happening to one of the most exuberant fan bases out there, The Whovians, as notification has appeared on Netflix that Doctor Who will not be available after February 1st. 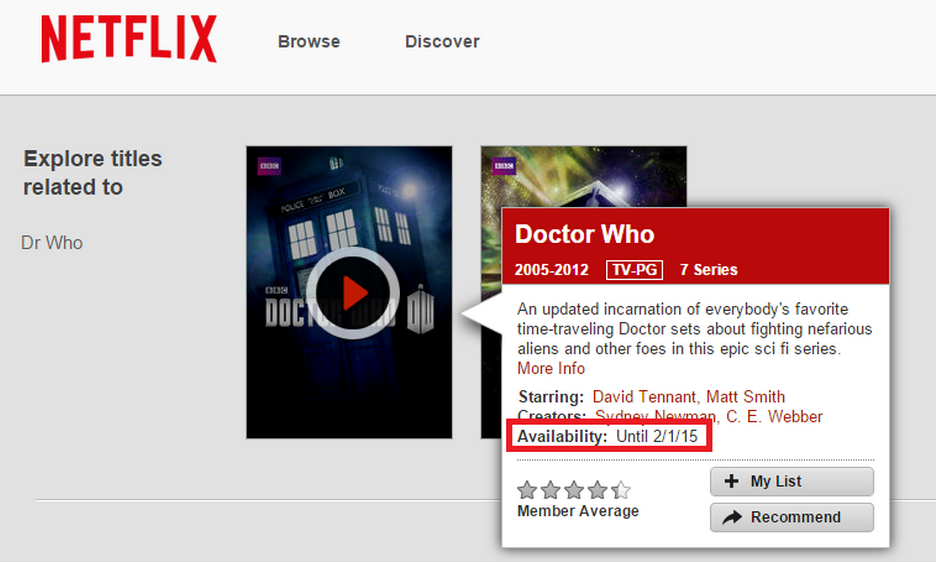 Do We Start The Binge Now?

Before you commence that Doctor Who binge marathon, you should know that fear of having Doctor Who pulled from Netflix has happened before. In fact, it happens whenever renegotiation time between Netflix and BBC rolls around, and fans are left to suffer in will they or won’t they limbo.

Netflix and BBC will more than likely come to an agreement before the deadline or their negotiations will extend beyond February 1st, in which case we may see the show pulled for a brief period. The dreaded possibility of an agreement not being reached is possible but unlikely, due to the shows popularity. The fear still remains as Sci-Fi fans have seen plenty of their favorites pulled. Remember Battlestar Galactica; it left and never came back.

Netflix would be remiss not to renew, for they aren’t the only option when it comes to viewing past episodes of Doctor Who. If you can stand subjecting yourself to commercials, Hulu is another option. There’s also Amazon Instant Video, free for Prime members.

Let Your Voice Be Heard

If you’re worried you may lose your favorite show, it wouldn’t hurt to contact Netflix and let them know you’d prefer Doctor Who stick around. A source to “The Best of Netflix” has confirmed Netflix has high regard for fans’ opinions.

Netflix does take into consideration not only show popularity but also customer service “votes,” a statistic tallied based around how many people call into complain that a series has been removed or to request a currently unavailable title altogether.

So, Whovians, you don’t even have to threaten the life of the Netflix customer service rep. Just let them know you’re a fan and how your life would be ruined if they took Doctor Who away from you and how the universe would be void of all happiness and such.

Netflix does have some of the best customer service.

As secondary safety, there is also a petition to save Doctor Who.

Other BBC Shows In Danger

Doctor Who isn’t the only BBC show that could soon be leaving us. It seems that Netflix has a package deal with BBC, and other popular shows like Luther, Black Adder, Torchwood, Red Dwarf, Top Gear, and more are on the table as well.