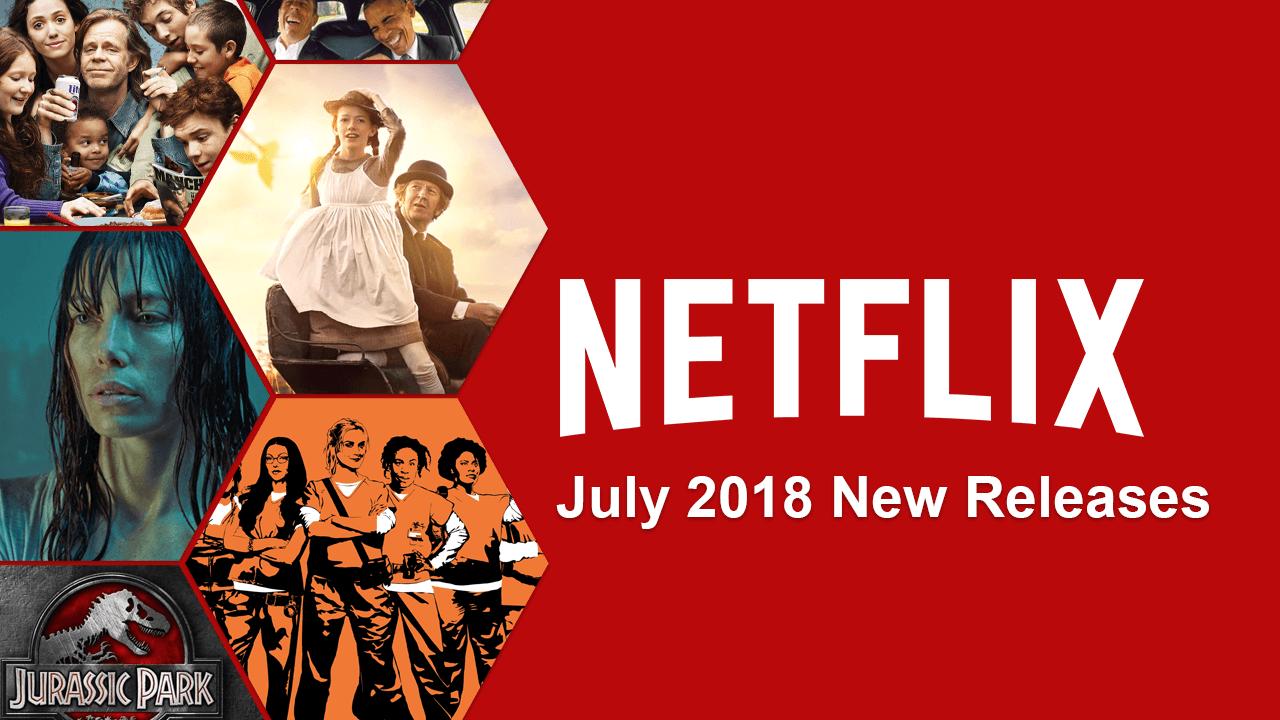 Storm’s approaching. Best to head back inside and wait it out. What could be better than some Netflix to pass the time? July is PACKED with loads of content that will certainly keep you engaged and glued to your couch. Load up the TV, or your laptop, and let’s get to July’s streaming essentials.

As a huge Joaquin Phoenix fan, I can’t recommend this movie enough. Costarring with Scarlett Johansson’s voice, Phoenix plays Theodore, a man who develops a relationship with Samantha (Johansson), an intelligent computer operating system. Much in the same way that Shape of Water kept the audience feeling weird about…alternative relationships, Her will have you feeling similarly. Superbly acted and incredibly directed (Jonze is a personal favorite), this movie is not to be missed when it streams July 29.

Set in the Watts neighborhood of Los Angeles, Menace II Society is a tour-de-force within the “hood dramas” genre, popular in the nineties. Tyrin Turner’s powerful acting as lead character Caine, along with the movie’s emotional intelligence, are truly what makes it so compelling. It’s gritty, real, and often disturbing (with themes that still resonate to this day in America). Menace also features performances from Jada Pinkett Smith and Samuel L Jackson. MC Eiht also makes an appearance, and happens to be a west coast rap legend.  This film will stay with you for a while after watching. Available July 1.

At this point, Shameless has become its very own kind of cable staple. The eclectic and talented cast, the drastic shifts from comedy to drama (yep it’s a “dramedy” people), and its unique storytelling have kept the show surprising and interesting for eight seasons.  This season is amazing, and with actors like Jeremy Allen White (Lip Gallagher) and Cameron Monaghan (Ian Gallagher) carving out strong acting moments throughout, it just gets better and better. Season 8 promises plenty of drug-induced hazes for Frank (William H. Macy), as well as Fiona’s (Emmy Rossum) difficulties as a successful landlord and Lip’s attempts to stay sober. Hop on, you’re in for a wild ride. Available July 28.

American cinematic classic Breakfast at Tiffany’s is slated to leave Netflix on July 2.  The film, loosely based on Truman Capote’s novella of the same name, stars a beautiful Audrey Hepburn as Holly Golightly.  Holly is an elegant cosmopolitan woman, obsessed with Tiffany’s jewelry store, and will stop at nothing in her chase for wealth and notoriety.  Things shift for Holly when one Paul Varjak (George Peppard), a struggling writer, moves into her apartment building.  The film won several Oscars, and was nominated for many more.  If you’re looking for something heartwarming, you better binge Breakfast at Tiffany’s before July 2.

Based on the novel of the same name by author Jonathan Safran Foer, Extremely Loud and Incredibly Close is set a year after the tragic events of September 11, 2001. A young boy, Oskar Schell (Thomas Horn), finds a key in his father’s vase (who died during the 9/11 attacks) and is shaken to explore the depths of New York City to learn more about this mysterious key. Tom Hanks features as Oskar’s father, Thomas, as well as appearances by such actors/actresses as Viola Davis, Sandra Bullock, and John Goodman. It was nominated for a Best Picture Oscar, so it’s definitely worth viewing before it leaves Netflix July 1.

BEFORE MIDNIGHT (2013). Directed by Richard Linklater.

Boasting direction from the ineffable Richard Linklater, Before Midnight is the third of a trilogy of films starring Ethan Hawke and Julie Delpy. If Boyhood is any indication for those who haven’t watched this one, you’re in for a treat. Linklater’s patented vision in addition to well-rounded performances from Hawke and Delpy bring the Before trilogy to an excellent close. Oh, and it also received Academy Award nods. Don’t miss out: catch it before July 1!

Below is a trailer of all the Netflix things you need to know for July, including a comprehensive list of new additions and, sadly, departures. As always, we appreciate you checking in with us for all your streaming news and needs. Until next month, stay streamy and keep it chill.