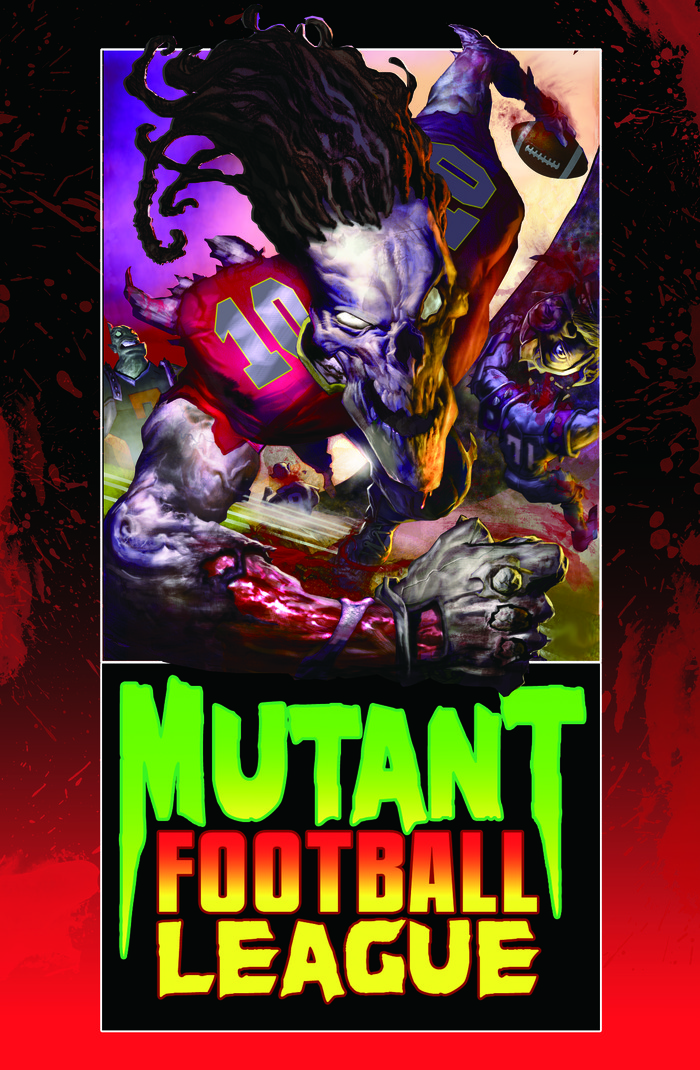 The creator of the original Mutant Football League has started a Kickstarter in order to obtain funding for a reboot game to be out on the 360, PC and mobile platforms. If you’re not familiar with MLF then just imagine a a game of football filled with monsters, weapons, and gratuitous violence. The original came out for the Sega Genesis in 1993 to much player acclaim. In fact, the game regularly makes it onto the lists of most desired reboots a remakes that are scattered across the web. Well we finally have a chance to get everyone’s favorite monster football game remade, let’s not mess it up.

Mutant League Football has somehow managed to keep a pretty dedicated following since its release 20 years ago. It’s not hard to see why though, I mean who wouldn’t want a football game filled with all sorts of strange creatures murdering each other. Unlike many of the other Kickstarters I’ve gotten to write about, this one is just starting out so you actually have a chance to go give them a hand. It closes down on October 16th, so let’s talk about the game and hope that it gets all of the money it needs to come out.

If you have played an arcade football game before then the basic rules of MFL are probably something you’re familiar with. Organize a team, set plays, control players as they act out your wishes on the field. Basically do everything you can to win the tournaments and become the best team ever. Sounds pretty boring, except in you get the chance to make teams comprised of strange creatures like: Skeletons, robots, lizards, trolls, aliens, and superhumans. If you donate enough to the game you can even have a hand in crafting some of the beasts that will make it in to the final game.

If the vicious monster making up your team aren’t enough to destroy the opposition then don’t worry, there is plenty more at your disposal. Your team gets access to weapons for the players to use as well as dirty plays, this is the only football game where throwing a bomb pass leads to an explosion. Utilize the different traps and hazards around the arena to get the advantage over your opponent and become the top mutant team in the league. Death, dismemberment, cheating, violence, bribes, and explosions are all a normal part of the game when you’re playing MFL.

The Mutant Football League may look familiar to anyone who has played the BloodBowl game, video or board variety. Luckily any concerns with those potential issues have already been dealt with. At a glance they may look similar but in reality they’re very different from each other. MFL takes a fast paced action-oriented approach to gameplay that will have you making on the fly calls about what’s best. MFL also steps outside the normal realm of fantasy monsters to bring in sci-fi, horror, and a plethora of other creatures for our blood delight. 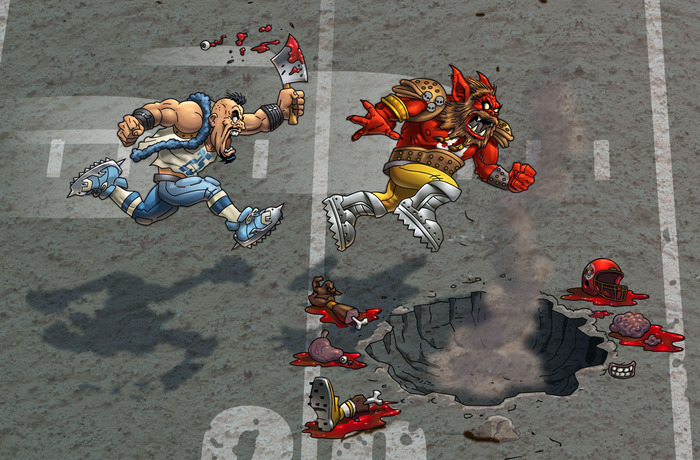 If you head over to the page you’ll find that one of the most talked about portions of the Kickstarter is the video. The video attached to the game is reminiscent of something you might see for a low budget local car lot. As I watched it I found it almost painful to make it through. Others however have had the opposite response, praising it for it’s over the top nature and absurd humor. If you think about the video in relation to the game it almost inspires confidence that the brain behind it is so comfortable in absurdity. After all, if you are going to develop a video game where a zombie plays football against an alien in a field full of traps, you need to have a certain awareness.

The Kickstarter campaign is looking for a total of $750,000 in order to get the project going. It also has stretch goals set up that will allow for release on PS4 and Xbox One if they manage to round up a few million. The page describes to potential reboot as “the most violent game you’ve ever played,” which may offend some, delight others, and spark a rivalry with Mortal Kombat. Go check out the Kickstarter, you’ve still got plenty of time to convince yourself that it’s a game worth giving your money to. If you have to just go play the original Mutant League Football and get a taste for what could be in our future.

Nokia Was Testing Android on Lumia Before Microsoft Deal