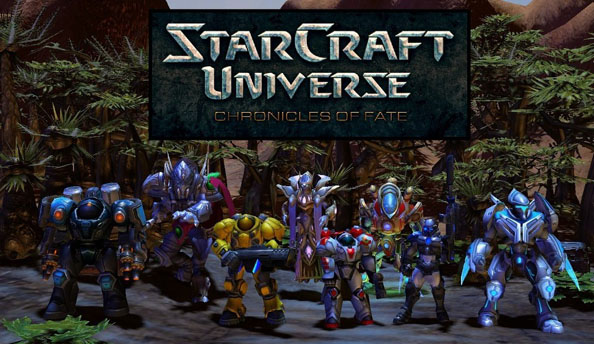 A new StarCraft based multiplayer online role-playing game titled Starcraft Universe was just successfully funded on Kickstarter. The creators utilized the editor in StarCraft II in order to create a complete game that is all its own. StarCraft has been one of the most played real time strategy games since it’s release on PC in 1998. Since its release there have been gamers who wanted to see an RPG adaption of the series (me). After all its fantasy counterpart WarCraft got one, and that quickly became the most successful MMORPG of all time.

StarCraft Universe takes place in an alternate time line where things didn’t end so well for Kerrigan, the Queen of Blades. As a result the Protoss were overwhelmed and mostly absorbed by the Zerg. StarCraft Universe explores what happens after these events, letting you take control of Protoss and Terran heroes. The game takes its inspiration from games like World of Warcraft and Diablo. While it is not an MMO it does have online multiplayer available so you can team up with a small group of friends.

Sadly StarCraft Universe is not a standalone game, it is technically a mod. That means anyone who wants to play it will have to own Starcraft II in order to take advantage of it. If all of your friends have a copy of StarCraft II then you can all boot up the mod for some multiplayer RPG action. There are two races available to play as, Human and Protoss, each of which has 4 classes available for play. Sadly the stretch goal for a playable Zerg race was not reached. The eight available classes do look like they cover a good spread of what you’d expect in a StarCraft RPG though. 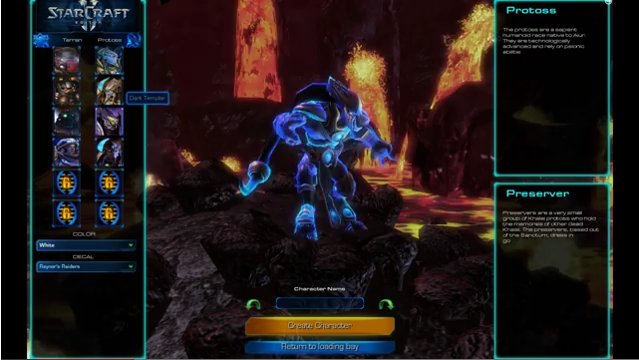 The classes available to the Terran include the Medic, Marine, Ghost, and the ever popular Firebat. If you go for the Protoss you can pick from the Zealot, Dark Templar, High Templar, and Preserver. Instead of automatically unlocking new powers every level, each class gets access to a pool of abilities that you can purchase with points you earn by killing and questing. This allows players to customize their builds by selecting whichever powers they want, instead of being stuck with the same abilities as everyone else. Any Progress you make on your character can be saved for future use as well.

Aside from abilities you’ll also be able to trick your character out with the typical item system found in Diablo and WoW. You have a number of slots available for you to loot and wear all sorts of gear. Gear will change the appearance of your character as well as boosting your stats. You also get access to Outfitting Points as you play that allow you to permanently boost the stats of your character. This gives you even more of an ability to create a truly custom build. Hopefully this leads to really varied builds and not everyone doing the exact same thing. 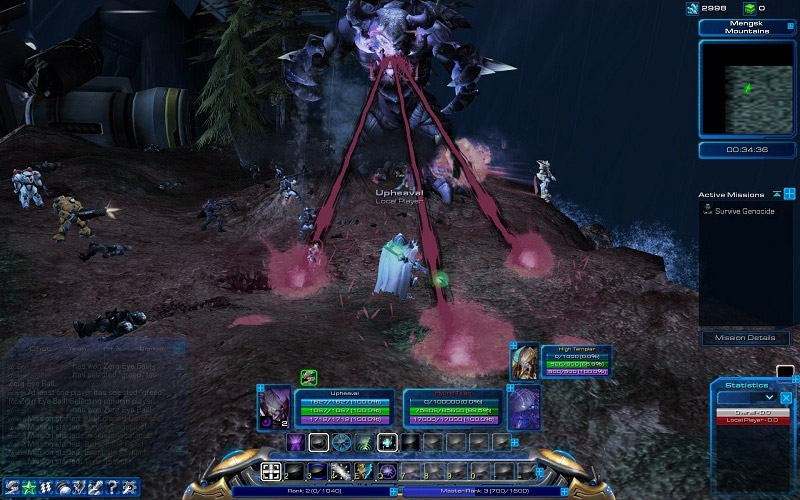 There is also a crafting system that allows you create just about any item in the game. All you have to do is collect the required components, then you can make the item. It doesn’t appear to be a particularly in-depth system, but the fact that it has crafting built from StarCraft II is pretty impressive.

Probably one of the coolest feature of the game is vehicles. There are a large number of vehicles spread throughout the game, all of which you can get in a pilot. From aircrafts to exo-suits, each one is completely playable and unique. Vehicles have an additional bar on their display that shows their fuel. As you use the vehicle it will slowly run out of fuel until it is no longer usable. These vehicles serve as powerful but temporary interactables to be used by the player. 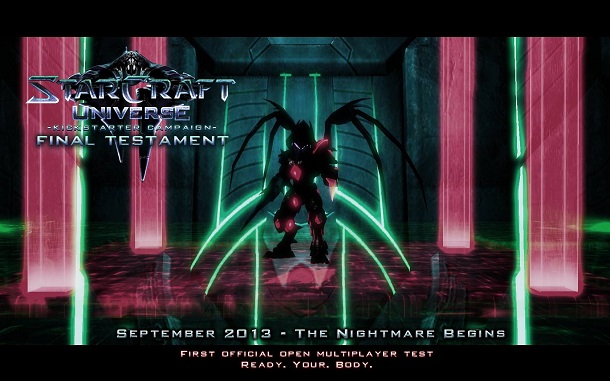 The combat in the game is your typical tab targeted system. Abilities are assigned to a hot bar and activated by hitting the corresponding hotkey. While this isn’t revolutionary, it is certainly an acceptable option for a fan project to utilize. Difficulty in the game will automatically scale with character level and number of players, so you’re never going to be overwhelmed or become to powerful.

Upheaval Arts is still welcoming any funds that fans want to send their way. You can find the paypal link on their kickstarter if you are interested in helping them out. If you want to give it a try yourself before you decide then you’re in luck. They already have a single-player alpha build available that you can try out for free. They’ve also just opened up a multiplayer test version for access as well.