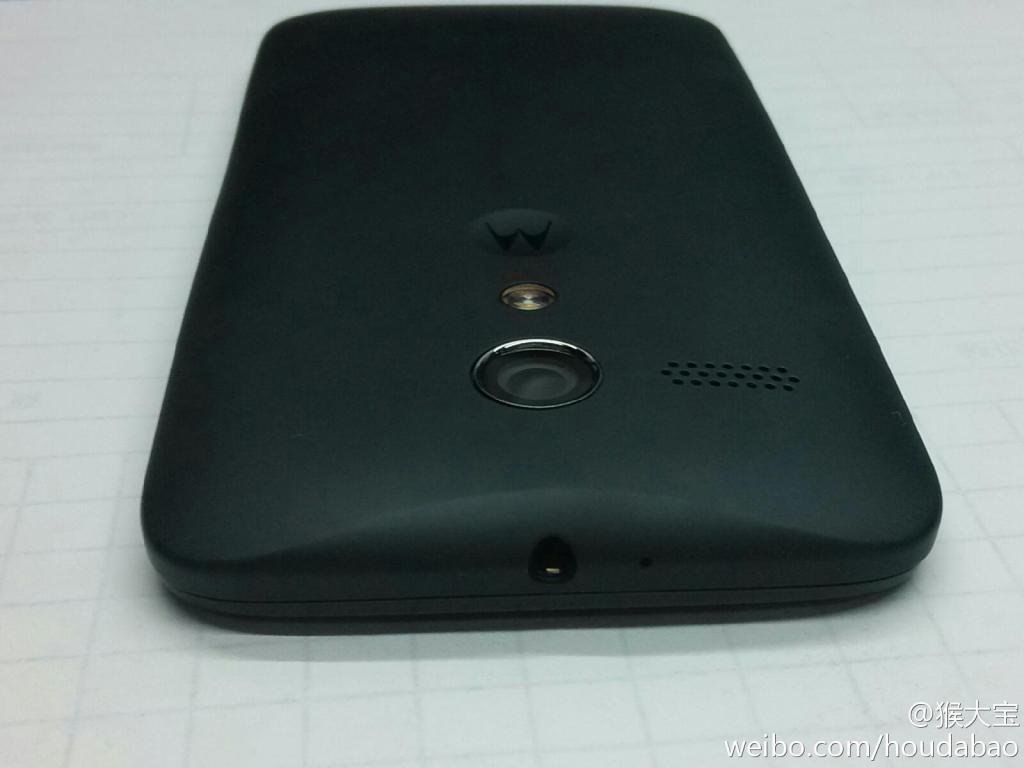 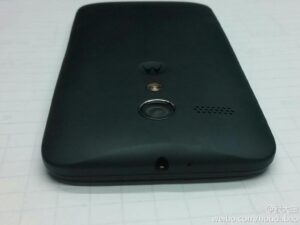 We’ve heard and read a lot of rumors regarding the upcoming Moto X phone. We’ve already learnt that the Moto X phone will allow the users to design the phone themselves. Although, no official images of the phone have been shown so far but now, a Chinese blogging site, Weibo has leaked an image of what seems like a Motorola phone, purportedly Moto X phone. The image offers a look at the back side of the Moto X phone.

In the image you can see the back side of the device with Motorola logo, camera and matte black finish. The Moto X phone is said to be the first phone that will be fully customizable by the customer. Rumors suggest that the phone will sport a large display nearly 4.7”, SnapDragon S4 Pro cpu, 2GB of RAM, 10 megapixel rear shooter, 16GB of storage and Android 4.2.2 Jelly Bean OS right out of the box.

All these specs make the Moto X phone a nearly high-end device but the design and shape (as seen in the image) just makes it look like a cheap device rather than a premium one. This is still not confirmed as the Moto X phone but the timing of the leak makes it seem likely, however there are also rumors that different variants of the phone will come with different back cases for customization ranging from, metal to wood, but that remains unconfirmed so far.

If the Moto X phone actually comes with customizable metal or wooden backs then it could very well feel like a premium device in your hands then again most back cases out there in the market already offer the same looks and qualities, so we would like to see something more useful in the customization department of the device.

We’ve heard that the Moto X phone will be a budget friendly device for people who want a cheaper yet reliable phone with the added benefit of customizing it to certain extent.