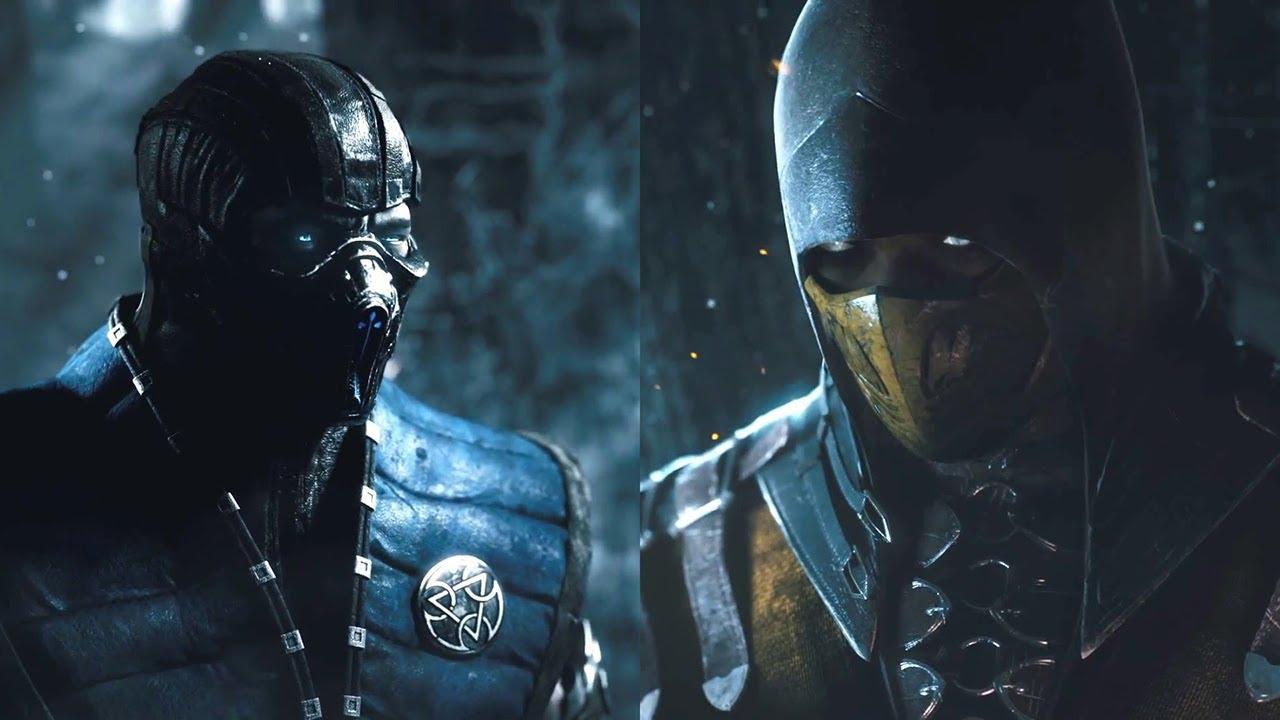 NetherRealm Studios confirmed that Mortal Kombat X is slated for a cross generation release in 2015, showing the first preview trailer for the game. The follow-up to 2012 monumentally successful franchise, Mortal Kombat X promises to build on the thunderous legacy of the brutal fight series moves into the new console genertation.

The trailer shows two iconic characters, Sub Zero and Scorpion fighting in a snow-covered forest while Whiz Kalifa “Can’t Be Stopped” plays in the background.  The focus is given to the line in the song “Who’s Next?” which shows rather the tagline for the game, or for marketing. It is not unlikely to assume that there will be more trailers coming out in the next 12 months showing Scorpion massacring his way through more of the games characters.

From the style of the fighting, the brutality to the iconic “Finish Him!” from the speaker, this is destined to be another superb evolution of the classic formula. Nether Realm Studios are well placed to provide another excellent fighting game that will have games alternately shouting with joy as they give and receive the fight of a lifetime.

So far in the 2 minute trailer, here is what we’ve learned:

Luckily, the trailer confirms that the violence is still bloody and it is almost painful to watch. Every kick and punch connects between the two characters with a satisfying thud or crunch with the character receiving the hit with such a realistic reaction.

The true nature of the Mortal Kombat’s violence is shown, with Scorpion launching his signature barbed chain through Sub Zero;s forehead and with his catchphrase “Get Over Here!” tears his head off and implants it against a tree with a knife thrown through it.

5. The Environment Plays a Important Role

Mortal Kombat is known for the areans static environment for two pugilists to throw each other around. For Mortal Kombat X, it appears that things have been taken much futher and the environment can be used to your advantage.

Sub Zero makes use of the environment several times in the trailer. He begins knocking against a tree, getting up and tears a low branch from it, which he then freezes and uses it as a club across Scorpion’s head. The next moment happens after Sub Zero has his knees broken and he kicks Scorpion back and jumps up. He then spins around on a branch to hurl himself towards Scorpion’s jaw.

The last environment moment shows immediately after Sub Zero kicked Scorpion across the battlefield, he crouches and draws a sword out of the ground which he used to attack Scorpion. This was interesting of the three because gamers may wonder is the sword part of this level? Depending on the icy environment surrounding, we’ll have to wait to find out.

4. The Combat is Fast

For any developer of fighting games, the most important aspect is to have players be able to string together almost extreme combinations of moves to create one effortless movement. In Mortal Kombat, there is no room for being cautious and backing off, the overriding point of the driving aggression with a hint of considered tactics.

If you see how Sub Zero and Scorpion fights during the trailer, they move like humans rather than cartoon super-beings. Both show hyper aggressive fighting that can chain huge combos together, with Scorpion representing a overall victor. This does not mean Sub Zero does not get some good combinations throughout the trailer, such as the gut punch that resulted in Scorpion being frozen in ice and knocked to the floor.

The control scheme in the game is going to have a complex and simple action movement but achieving fluidity like the ones in the trailer will be blissfully simple.

3.  Broken Bones has a Dramatic Affect as Graphics

NetherRealm most impressive parts with Mortal Kombat 9 were the X-ray shots when an attack would break bones. The internal organs would be highlighted and you know exactly what you broken.

The broken bones could happen every where in the body from the skull right down to the ankles, and always have the most gut wrenching sound effects. This was an hard feature to grasp but more often than not, it was perversely satisfying.

The features has been brought back for Mortal Kombat X and is more painful and gruesome than ever. Twice during the trailer, Sub Zero recieiving both bone shattering attacks. Scorpoion used his special move that created a devastating blow to Sub Zero which zooms in and shows his ribs breaking.

In fighting games since the first Mortal Combat, you will spend minutes belting your opponent upside down, and its not until the end of the fight when you see visual indication of the beating you have created. This is one fallacies that gamers have never noticed, or they learned to live with it.

It shows in the trailer that Sub Zero begins to look significantly worse by the end of the trailer. Scorpion grabs Sub Zero with his chain and smashes his head first into the ground, allowing us a rare glimpse of Sub Zero’s face.

This could be a special add-on to the video for effect, but the implication is when you unleash more special moves or devastating attacks, the new game engine will allow more visible damage to appear with costume breaking, armour collapsing, and even clothes ripping. As a game strive for more realistic graphics and appearance, this needs to be considered a exciting detail to make the biggest different to your immersion in the game.

Notice how gorgeous Mortal Kombat is shaping up to be. The trailer appeared to be in-game footage, simply from camera angels and movement. The only thing that is missing is the standard fighting game HUD along the top of the screen. If this is in game footsge, then Mortal Kombat is becoming to be one of the best looking and most detailed games created.

The way the snow falls in the background, the pureness of Sub Zero’s ice attacks, the arching flame trails that follow Scorpion’s flame uppercuts, the costumes in close up as you see the detail of the texture on Scorpion’s face mask or the leather in Sub Zero’s tunic. The attention that has been shown to the texture has made this game look breath taking.

NetherRealm Studios will be aiming for a full 1080p resolution with 60 frames per seacon and if they achieve this, the game will look stunning and will run faster than Usain Bolt . Even from the 2 minute reveal,  gamers of this series and of fighting games should be excited.