It’s rather charming to see developers such as Nintendo’s Shigeru Miyamoto be so confident in the fact that he makes great games. Miyamoto is responsible to basically all of Nintendo’s greats ranging from the original Super Mario Bros. to F-Zero X and all the way up to Nintendo Land! The man’s got quite the repetoire. I’d hire him. It seems that Miyamoto’s proudest work, though, is found within the discs of the Pikmin franchise. 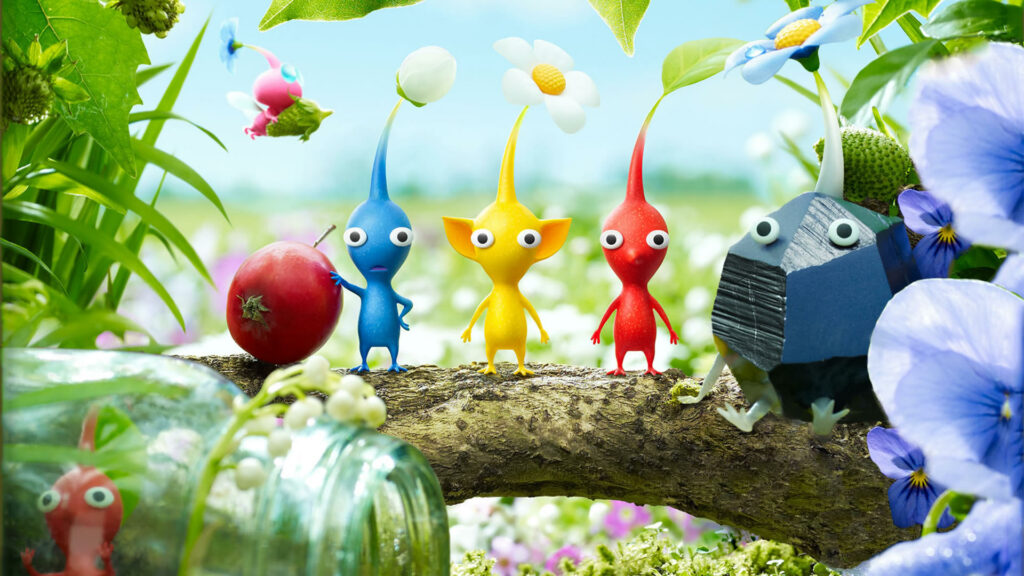 I think it was kind of obvious at last year’s E3 when the entire opening to Nintendo’s conference was centered around Miyamoto getting all prepared and whatnot while little Pikmin prance around and cause some antics. One even jumped into his pocket which he later showed to the entire audience after his opening speech. Nintendo’s YouTube channel even features Miyamoto and Bill Trinen (game translator and Miyamoto’s interpreter) playing some of the modes in the up and coming Pikmin 3.

Miyamoto’s actually one of the main reasons as to why I’m a fan of Pikmin! I honestly just don’t like strategy games. Not that there’s anything bad about them! It’s just not my thing. I cringe at games like StarCraft. It’s not a bad game at all though, it’s just definitely not something I could find myself having a good time enjoying. But I’ve grown up playing Nintendo games and their first party titles have been my favorites! When Nintendo shows off a game as confidently as they do with Pikmin, I can’t help but to follow along and enjoy it.

Yes, the same guy who made the original Donkey Kong says that this game is good. Oh man, that’s exciting. There hasn’t really been a new Pikmin game since 2004. Sure, we saw Pikmin and Pikmin 2 re-released on the Wii as part of Nintendo’s whole New Play Control shindig (that included Metroid Prime and Mario Power Tennis) but we hadn’t seen something entirely new. Pikmin is an absolutely lovable franchise and, as far as Miyamoto is concerned, the new one is everything one should look for in a good, solid game.

“You know, obviously video games are designed for the player to play the way the designer has intended them to. But a good game—and this is really where I think Pikmin 3 stands out—is a game that gives you enough freedom that the player can create their own way of playing and can find ways of playing that the developers didn’t envision. I think Pikmin 3 is a game that is very much like that. There are so many options strategically and in terms of the items you’re going after. Obviously the stage layout and where they’ve placed the items have all been done by the designers, but, because you’re so free to choose your approach to it and your strategy, I think that people are really going to be able to think through on their own and really come up with creative ways of how to attack these levels.”

Miyamoto also added that Pikmin 3 is certain to add all of the elements the first two games could not include.

“Whereas with Pikmin 3 we’ve really taken it and taken that Pikmin 1 ideal and really tried to bring that to life in a way that encourages replayability all throughout the game.”

I’ll leave you today with a bit of Pikmin 3 gameplay and Shigeru Miyamoto’s confidence brimming throughout.

Pikmin 3 will be arriving in the U.S. on August 4th for the Nintendo Wii U