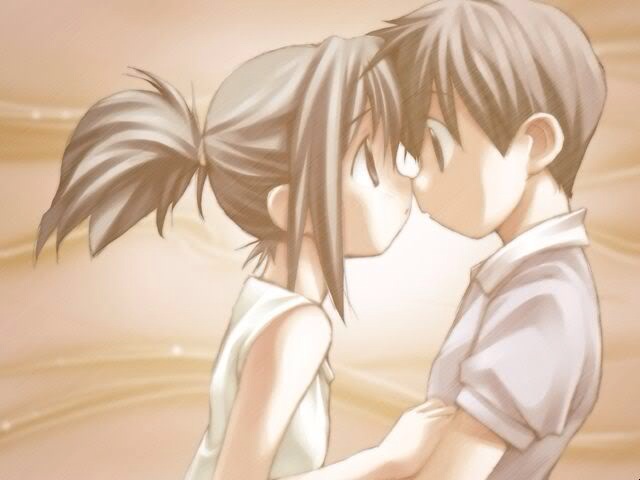 There is nothing more adorable than the sight of two anime characters crushing on each other, declaring their love for each other, or battling evil with each other. Some romances are, too, more discreet than others, fighting their feelings for one another. Romance in anime is always a key thing to look for, next to exquisite graphic details and hair-gripping, teeth-clenching drama. More times often than none, fans tend to mistaken close friendships for flourishing relationships and vice versa. Look for these anime couples on your American television screen and determine what you think about each couple’s relationship status. 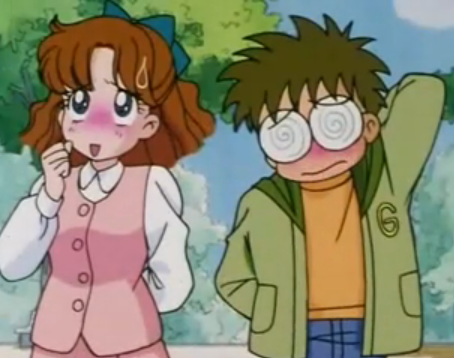 For all you Sailor Moon fans, this couple shall always have a special place in your heart, but will it work out in the long run? Molly is a pretty, innocent, hopeless romantic schoolgirl with a heavy Brooklyn accent, while Melvin is the King of Dweebs; one could only imagine how’d they end up together. From the 28th episode of Sailor Moon, after Neflite’s death, Molly has been head-over-heels for geeky, naive Melvin. In this episode, Tuxedo Melvin, Melvin dresses up as Tuxedo Mask to save Molly and Serena from Bobo the Vulture; at the end of this episode, Molly and Melvin proceed to go out for a milkshake happily in love. Although, Molly, oftentimes, acts ashamed of her boyfriend’s attempts to declare his love for her such as making picnics for lunch constantly, shouting to the rooftop that he is her dance partner, or even showing signs of reassurance. There’s no doubt about it that Molly and Melvin are ultimately meant for each other (when she returns the affection, of course). It is clear to any civilian or Sailor Scout’s eye that the love, that was once equally reciprocated, is now unrequited. Does Melvin need to try harder to keep the love of his life or will the two begin to drift away (more specifically, Molly with Tigerseye)? 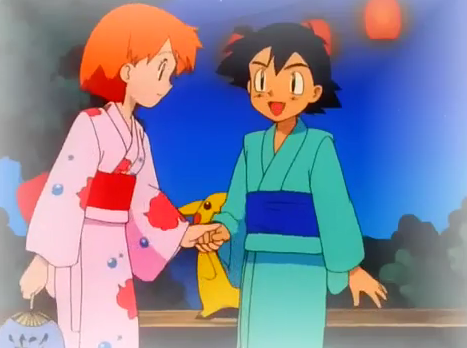 Pokemon aren’t the only thing these trainers are catching; not only are these two lovebirds capturing the Pokemon in the Kanto region of Pallet Town, they’ve successfully captured the heart of one another. From Misty’s first appearance in Ash Catches a Pokemon, where she followed him, supposedly, because she was holding him accountable for her bike’s 3rd degree burn, the two have been inseparable since. From Misty’s jealousy of Ash’s infatuation with Giselle, a student at the Pokemon Technical Institute, to Ash double taking at the sight of Misty’s beach body and commenting on how she actually looks like a girl for once, causing her to blush harshly. They may not be in a relationship, but not even Pikachu’s electric powers can compare to the spark between these two.

Spirited Away‘s love team, Chihiro and Haku, are, in actuality, parallel to the relationship between Sailor Moon‘s Sailor Mini Moon (Rini) and Pegasus; though some may label their relationship as more than a friendship, it is merely a deep everlasting friendship between a young girl and her protector. Throughout the course of this popular anime film, ten-year-old Chihiro, whose identity is altered and changed to Sen, develops a brother-sister like relationship with Haku, a lost river spirit who takes the form of a white dragon. Because Haku does not know who he really is, he is dependent upon Sen  to remember, which would result in being freed from the evil Yubaba’s control. Together, though there is no romantic interest, this sibling duo relationship is most definitely an admirable one.