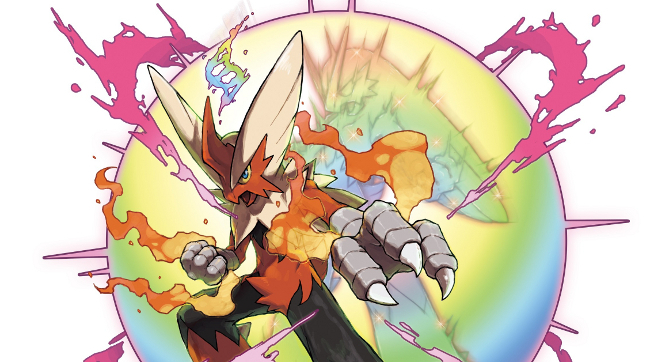 I’ve been pretty open minded when it comes to Pokémon. Since my first Pokémon game, there have been hundreds of new Pokémon, all sorts of different regions, revamped game play mechanics, and tons of new gym leaders. I’m one of those people who get a little frustrated at those who say that Generation I Pokémon was the best because they grew up playing it. It’s called nostalgia, people. That’s all! Now believe me, I loved playing Blue for the first time but when you look at what Pokémon has to offer now, it almost seems like a struggle for me to go back and play it again.

The past, man! Times were rough. Well, not really. But still! Look at what we’re getting now! An entirely new 3D Pokémon world with fresh Pokémon and an all new way to play! So new, in fact, that Nintendo made the most obscure decision for the Pokémon franchise in its entire history.

Take a look at this.

Mega Evolutions. Yep, that’s right! Only a select amount of Pokémon are capable of ascending to the next level all Super Saiyan-esque. And I’m really struggling to like it.

Now, as I said, I’ve been really open minded with all of the changes we’ve seen over the years. And while the Mega Evolved Pokémon certainly look incredible, it just seems too weird to me. It just feels… wrong. First of all, I have to wonder what constitutes a Pokémon worthy of Mega Evolving. It’s been announced and made abundantly clear that there are only certain Pokémon that are capable of doing this. What kind of design choice is that? If I were to play X and Y with the hopes of collecting and battling with the most powerful Pokémon I can find, then why wouldn’t I get Pokémon that can Mega Evolve?

This whole thing is played up as “taking your Pokémon to the next level.” What hope does my opponent have if I toss out my Mega Ampharos and he or she is using Infernape? Clearly, my opponent stands no chance because Infernape is not nearly as powerful as my Mega Evolved Ampharos (who looks like he just got off stage from a hair metal concert, by the way). That is, of course, assuming that Infernape can’t Mega Evolve. That just screams imbalance to me.

This Will Change the Way Pokémon Plays out Forever

I play Pokémon competitively, but I’m not going to bore you with too many of the battling concepts that I’m used to. But might this make selecting legendary Pokémon or Uber Pokémon like Garchomp obsolete? Legendary Pokémon were called legendary for a reason. They were incredible! They stood out among the more common Pokémon because they were so rare and so undeniably good. I was never one to use legendaries in my game for the sole purpose of being too overpowered. Also, none of my favorite Pokémon are legendaries.

But if these Mega Evolved Pokémon happen to be on par with legendaries, that means there are even more Pokémon I might want to avoid for the sole purpose of being overpowered. I can only hope that X and Y are holding out on us, and happen to have countless other Pokémon that are capable of Mega Evolving if this is the case. I’m not sure how comfortable I am with just Mewtwo, Lucario, Mawile, Absol, Ampharos, and Blaziken. Let there be more.

Now, on the bright side, I completely trust Pokémon to make the greatest games it can. So, I have faith that this will turn out perfectly fine and will eventually become a cherished gameplay mechanic for Pokémon fans around the globe. I think the reason I’m so perplexed by this is because it’s the first new thing Pokémon has introduced that has left me cringing. It’s such a strange step to be taking. But X and Y are ambitious games! For the first time in YEARS, a new type of Pokémon is being introduced: fairy-type. This hasn’t happened since Gold and Silver on the Game Boy Color with that of dark-type and steel-type. It took me a little while to welcome the new type to the upcoming games, but I finally got around to it. I just hope that the same will happen with me about these Mega Evolutions.

Oh, and Nintendo? My favorite Pokémon is Golduck. Let’s see a Mega Evolution of him, please! Okay, thanks!

Pokemon X and Y will be released worldwide on October 12th of this year.