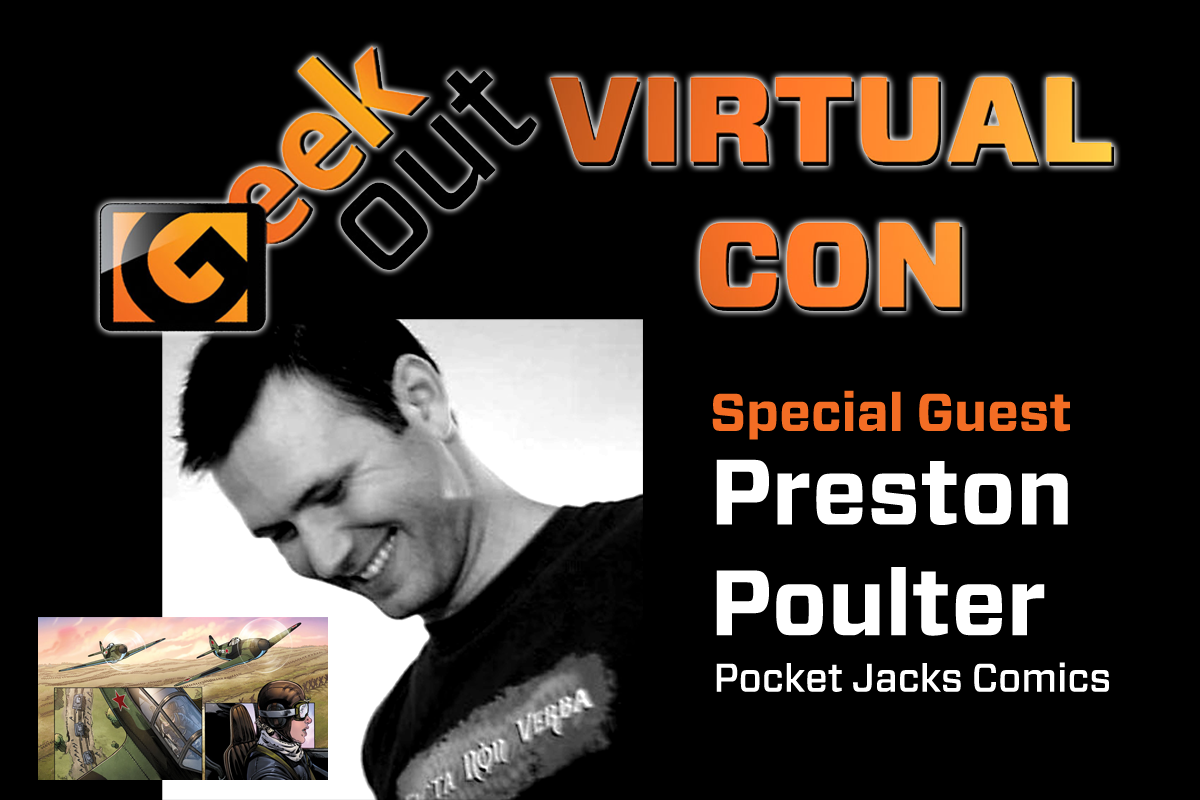 He has produced seven books so far over two titles:

White Lily the historical story of the two deadliest female fighter pilots who ever lived, and the only two women to ever earn the title of “Ace” fighter pilot.

Guinevere and the Divinity Factory

Guinevere and the Divinity Factory, a magical story set in a dark, urban fantasy setting featuring a heroine who is a recovered addict, healed through the power of magic, who opens our story seeking to master the force of magic for herself.

Currently, I have a campaign for limited edition variant covers on Indiegogo for Guinevere as well as my own custom cover of White Widow #4

Poulter has launched a YouTube series under the banner of Alternative Church Sermons where he looks for deeper moral meaning in the Marvel / DC numbers.

Perhaps this is a way to push back against authoritarianism; a little civil disobedience that flies under the radar and allows us to think outside the box of a subjective “perfect society.” Herein lies the most interesting aspect of these videos, a different perspective and, perhaps, deeper meaning to some of the stories that we (think we) know.