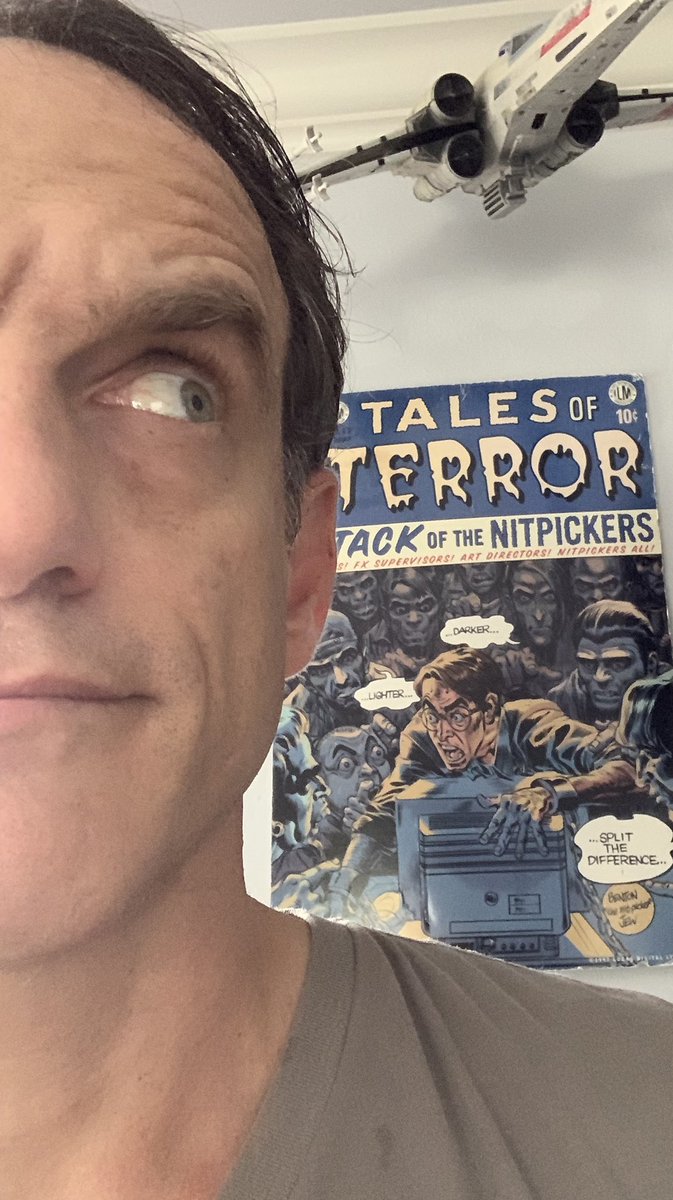 Artist, Director and Visual Effects Supervisor, Marc Rienzo, who has credits in movies like Thor: Ragnarok, The Beach Bum, and American Hustle, launches his very first Kickstarter on June 16, 2020 to promote his family-friendly card game that has 64 over-sized playing cards which feature his artwork.

Marc has a very impressive resume with 20+ years of experience as a Director, VFX Supervisor, and Artist. As mentioned earlier, his credits include work in huge films and familiar franchises out of Marvel Studios, Disney, ILM, Weta Digital, Digital Domain, Sony Imageworks, and PDI Dreamworks.

With such an impressive resume, one would think we could gush all day about his art. In fact, that’s exactly what we’re doing.

A dedicated father who loves family time with his young son and two daughters, Rienzo took the time to create a strategic battle card playing game. With feedback and a built-in pool of young beta testers, Marc fashioned BAD GUY NONSENSE with plenty of feedback from his children.

Geek Speak hosts, Matthew Harris and Meredith Loughran sit with Marc Rienzo to talk about the genesis of his card game, BAD GUY NONSENSE. 64 battle cards packed with fun in a game that employs bounty hunters, bandits, heroes, monsters and more. And for all of you geeks out there, Marc has a free print and play option that lets you learn the game before you pledge. And if you are watching the video, he tells us who his favorite Batman is too. Pay attention! You might need that information for a really cool giveaway.

While the “Great Pause” otherwise known as COVID-19 had shut much of the world down, Marc Rienzo seized the opportunity to work on a passion project that encompassed his artistic skill, love of strategic games and family time to birth BAD GUY NONSENSE.

Imagine having 64 pieces of Rienzo art in your hands? Marc is literally giving you the opportunity to do just that. Enthusiasts may buy two packs or more for collecting, gifting and playing. As comic book conventions have canceled, movie productions shut down and people are hunkered down at home, Marc developed and tested his card game with the most important critics in his life: his children.

Of course, we assume that Rienzo’s visual effects work is fulfilling, but creating something that is distinct and uniquely Marc Rienzo art is next level in living his dream as a visual artist. And thus, BAD GUY NONSENSE was born.

From the press release:

In this unique strategic card game, you are part of the BOUNTY HUNTER collective trying to capture fantastical BAD GUYS. Infected by the Nonsense plague are BURGLARS, BANDITS, HEROES, and the COSMIC WITCH who will cause mayhem along the way. If you dare, use your wits and gaming skills to steal and protect BAD GUYS from your opponent.

Imagine the life of a Bounty Hunter and revitalize life by working against the Nonsense plague and capture some fantastical villains today through a FREE print-and-play version. Rienzo has released this knowing stay-at-home life needs some newness so your family can try Bad Guy Nonsense today through a simple email sign-up at www.badguynonsense.com.

Unlike many other games out there, Bad Guy Nonsense features rich artwork with wild pop culture characters on 64 oversized glossy linen cards. Plus, it’s totally family-friendly (no blood, gore, or violence) and fun for adults too! Designed for two to four players (ages 8 and up) and can be learned in four minutes.

While Rienzo has offered a FREE version through www.badguynonsense.com, you can also lend a hand in the future production when you join the Bad Guy Nonsense Kickstarter campaign.  Watch the prototype unboxing on the facebook page and get a peek at characters like Foxbat 1, Captain Sorbet, Awesome Sauce Alex, and Bounty Hunters Seraph and Malus Vir.

If there’s one thing that many of us have learned to appreciate while living through the “Great Pause,” it is a coming together of family and return of game night. Make memories with a Bounty Hunter, monsters and more.