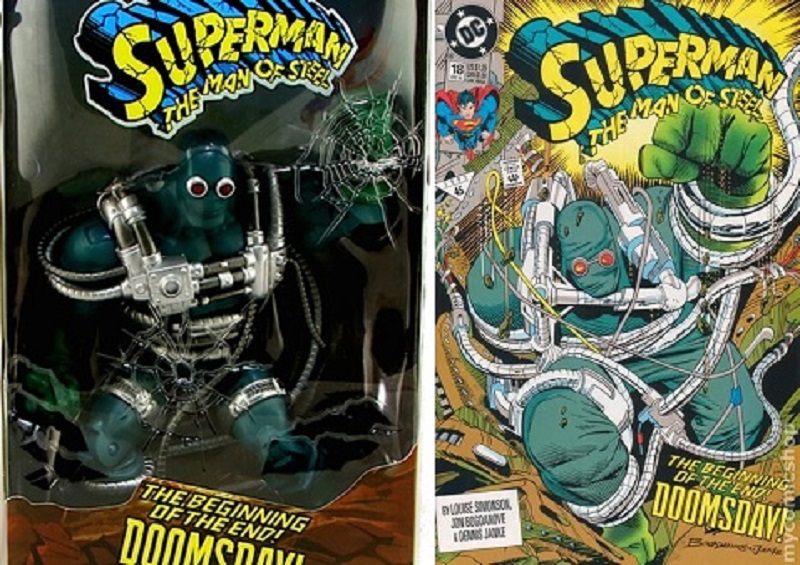 San Diego Comic-Con is well known for exclusive merchandising—and everyone tends to bring their very best to this annual mecca of nerd culture. Mattel’s line-up for SDCC is no exception to this, in fact their booth will include a full-sized Darth Vader-style Hot Wheels car. The car is an introduction to the upcoming Star Wars line of Hot Wheels, which will also feature designs based on Han Solo, Yoda, R2-D2, and Chewbacca. The Hot Wheels line is also debuting a Home Simpson car and an Astin Martin in honor of James Bond.

Cool Toys Are Not Child’s Play

That philosophy definitely shows in the details. Another of the toys available for collecting is a Batmobile modeled after the video game Batman: Arkham City. The model is as close to fully functional as a toy can be; it can do a 360-degree spin, and shoots rubber bullets from guns that pop out with the push of a button on the top of the car. Sound and light include shooting effects direct from the video game, a red glow to replicate heat waves, working headlights and a light-up exhaust, the iconic Bat-swarm and cannon sound effects as well as a revving engine.

The Batmobile is nothing without a driver, and this car comes with one: Batman is wearing a fabric cape and is the perfect size to sit in the driver’s seat of the Batmobile. The set will be selling for $85.

Each of these new toys is long on details. Some of the exclusives come with special bonus items for con attendees, such as the Hordak figure which comes with an “Imp as a treasure Chest” figure that will not be available after the convention is over. The Hordak figure is a celebratory collectible for the 30th anniversary of She-Ra and Princess of Power; he comes with blue skin, interchangeable cannon/human arms, a snap-on claw hand and a Horde magic staff.

Doomsday is Just the Beginning

The final item to get a spotlight is the Doomsday figure, which was one of the most highly demanded figures in the DC Universe Classics Signature Series. The SDCC exclusive is the first appearance of Doomsday in his prison suit; he is over nine inches tall and has 16 points of articulation. Even his packaging is extraordinary, the window box is designed to look like Doomsday is attempting a break-out, and its overall aesthetic is a nod to the cover of the first comic book he appeared in: DC Comics Superman: The Man of Steel #18 (November, 1992). The design includes a full Doomsday biography on the back of the box and a “Death of Superman” seal on the front.

Mattel is only one of many companies bringing their best to the convention, but their offerings are certainly among the best of the best. Each of their convention exclusives, as well as the items they are simply debuting in San Diego, is expertly crafted to impress the fans. Mattel is taking full advantage of the con, not only to debut new solo items, but also to kick-start new lines or collections.