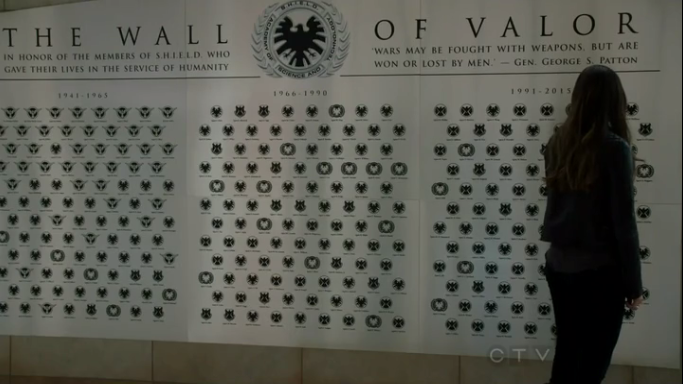 More burning questions are answered this week in the aftermath of Coulson’s revelation. Or perhaps “burning” isn’t the right word– an accident at SHIELD Academy involving tech that FitzSimmons designed draws Leo, Jemma, Ward, and Skye back to the school to investigate the sudden near deep-freeze of one of the SciTech students. May, however, drags Coulson down to Mexico in order to interrogate a newly-resurfaced Agent Lumley, who disappeared after Agent Avery (the one who dropped Skye at the orphanage) was murdered. After all, revealing life-ruining SHIELD secrets will help Coulson forget about the life-ruining SHIELD secret he just discovered.

Turns out SciTech was originally founded as the Strategic Scientific Reserve, ie that government/army group that shot Steve Rogers up with superjuice in the Captain America. That’s a nice bit of inter-MCU history, as well as the fact that Bucky Barnes’ name is listed on a memorial to fallen agents in the SciTech foyer. (Nice little homage to the soldier in this winter-themed episode. Almost like they’re forshadowing something, hmm… something that’s only a few months away, hmm….) Skye tells Ward she admires SHIELD history, but wishes she was a part of it instead of having hacked her way in. Ward, team big brother, reassures her that she’s meant to be here as much as the rest of them.

Ward interviews the almost-frozen victim, Seth, who says he can’t believe another top student would be trying to knock him off. The only top student he isn’t friends with is an introvert named Donnie, who he also doesn’t suspect because the guy is crazy-shy but not evil. Dude just needs a hug. And he appears to be right– as, while Fitz and Simmons give a lecture about how with great brainpower comes great responsibility, Donnie starts to ice over himself. Skye finds and Ward smashes the device and the student is saved. TEAMWORK. 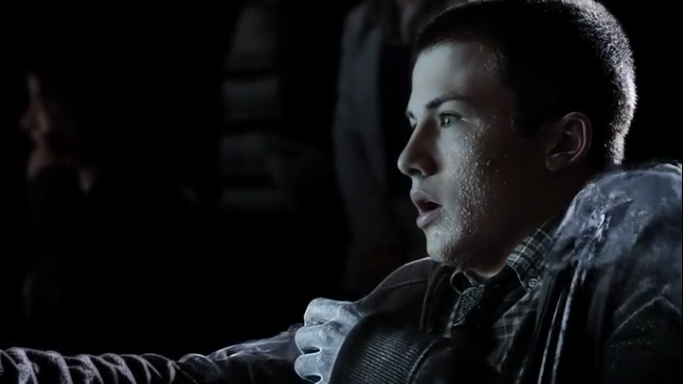 The ice puns write themselves.

Ian Quinn (the evil business guy from The Asset) gets on a plane talking to whoever built the ice device, telling them to get it working before he arrives if they want him to pay them the big bucks. So, you know, we’ve likely got a burgeoning super villain again, considering the end of Franklin Hall in The Asset. (You can figure out who if you know your minor Marvel villains, or have Google, but are encouraged to just wait til the end of the episode.)

In Mexico, May reassures Coulson that, though SHIELD may have changed his memories, she doesn’t believe they’ve changed HIM. After all, she knew him well before and after the Battle of New York. In response to his wish to root out all the secrets, she also comes clean about her agents-with-benefits arrangement with Ward. They find Agent Lumley and chase him down an alley. Once captured, he reveals that  Skye wasn’t Avery’s daughter; Skye was recovered as a baby in China on a mission to recover a superpowered 0-8-4: her. The town she was found in, and the team sent to save her, have all been murdered under mysterious circumstances. Avery and Lumley decided being hidden in the foster system was the safest place for her and used their SHIELD clearance to erase her history. (Which might make Skye biracial like Chloe Bennett; if she’s human at all.)

Jemma takes Skye and Ward to the Boiler Room, SciTech’s hidden student club, while Fitz goes to befriend Donnie. Fitz is blown away by some of the inventions Donnie has come up with, including a tiny airgun and a condensed superbattery, which Fitz helps him to fix as they bond. Skye finds out that a student named Cally who was present for both attacks had wanted to be assigned to the Sandbox but was likely to be passed over for Donnie, giving her motive and opportunity to off Donnie. Ward tricks her into revealing that yes, she had motive, but wasn’t the culprit. But hey, Donnie and Seth finally got to meet Fitz, who they’ve been gushing about meeting for weeks– even though the attacks only just started. 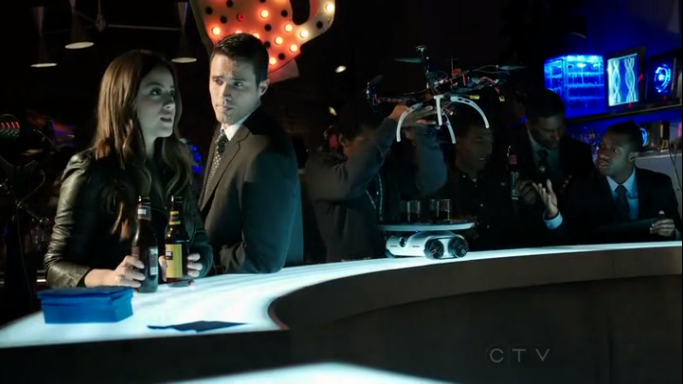 Realizing the boys lured him there to fix Donnie’s battery which they’re using to power a larger version of the ice device, Fitz runs to stop them, but is shot by Seth with the aircannon. Seth and Donnie run to a nearby parking garage where they beg Quinn to come pick them up. Quinn lies and says he’ll still come and buy the machine if they “demonstrate” what it can do, before flying off; so they turn it on.

Team Coulson is reunited just as a super-snowstorm develops overhead. Donnie panics and tries to turn the machine off, despite Seth’s protestations that Quinn will come for them and make them rich. Lightning strikes the machine, killing Seth and making the storm impossible to stop. May manages to land the Bus through the eye of the storm and rescue Donnie, but the damage is already done.

Coulson comes clean to Skye about her origins, but instead of collapsing Skye realizes that SHIELD has been protecting her since she was a child– SHIELD is her family. Her optimism helps Coulson come to terms with is own bad SHIELD experience. Donnie is moved to the Sandbox to be kept under observation, and as his escort car drives away, the glass frosts over where he touches it– that’s two supervillains Quinn has managed to create. Coulson calls Quinn and lets him know he’s wanted by SHIELD, so not to fly over any SHIELD-allied countries. Quinn thanks him for the warning– and tells him the Clairvoyant says hello. 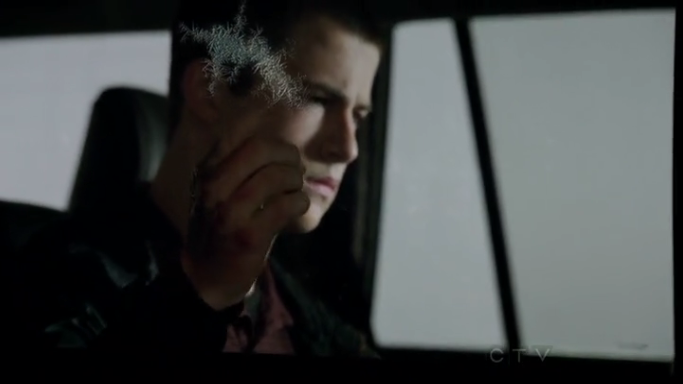 We now know about Skye’s origins and Coulson’s regeneration, but more questions have been raised. What do you think is in store for the team next? Will Graviton and Blizzard be teaming up in an anti-Quinn coalition sometime in the future? Let us know your theories in the comments!

Sterling Archer’s Guide to Being Awesome