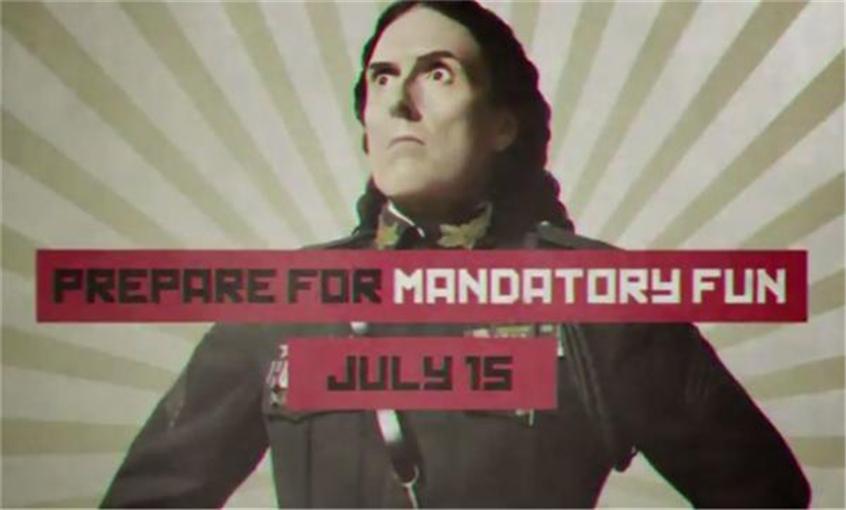 Mandatory Fun is the latest album from long time and extremely popular comedy musician “Weird Al” Yankovic. Much like any typical Yankovic album, it features more than several satirical versions of popular songs, the big single poking fun at Pharrell Williams’ “Happy” called “Tacky.” There are several broad and artist parodies too, as well as always apparent polka medley. Mandatory Fun may be a “Weird Al” album just for his fans, as it may come off of tired. However, Mandatory Fun is one of his better albums due to some of the parodies being much better than they should be.

“Tacky” is the first song of the album to have a music video, and is one of his more catchy songs. “Tacky” is all about how the narrator is eccentric in the way he dresses and how unbelievably rude he can be. He covers topics on flashy suits to twerking in public to not tipping at all. It was clearly made with a lot of love for the source material, so the upbeat nature really crosses over to the parody. It is cheerily over the top, that is also makes fun of the tone of the song well. “Tacky” is definitely going down as a future classic. 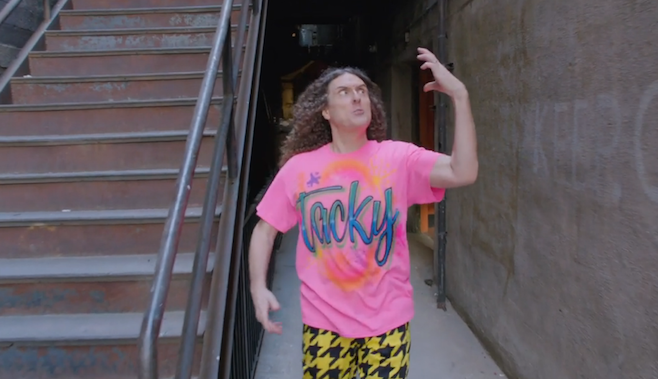 The two best songs on the album are back to back. Following “Tacky” is “First World Problems.” “First World Problems” is song that details all kinds of “issues” like “not knowing how to text” and “fast forwarding commericals on TV too far.” It is very tongue and cheek, which is always a welcome addition. Having music poking fun at cult favorite alternative rock band the Pixies is something different that “Weird Al” has yet to make fun of and could be a concert staple.

The album contains a much deserved mockery of Iggy Azalea’s “Fancy.” The song is called “Handy” and it features Al rapping aggresively about how he is a jack of all trades when it comes to around the house chores. Despite some funny lines and making fun of Ms. Azalea’s silly sounding song, it does open the album rather weakly. The next track “Lame Claim to Fame” is a satire on the relatively obscure band Southern Culture on the Skids. Despite that, “Weird Al”’s lyrics talk about how people are proud of goofy facts about themselves, like buying a toaster from someone who claims to know Brad Pitt or sharing a birthday with Kim Kardashian. The music on “Lame Claim to Fame” is actually pretty good too. It is definitely a surprise hit on the album.

Lorde gets her due from Yankovic with “Foil” a parody of her massive debut hit “Royals.” “Foil” does a great job of the simplistic music of the song and Lorde’s somewhat bizarre singing style. “Sports Song”, the next track, is a strange idea for a comedy song, as it makes fun of college fight songs. It is something different and definitely works in “Weird Al’‘s favor. The chorus “We’re great/and you suck” is repeated and it showcases how bombastic some fight songs really are.

One of the weaker tracks, and one of the bigger missed opportunities is “Word Crimes”, a satire on last summer’s “Blurred Lines.” The song is about how people do not know how to write and speak properly. While this could be perfect for poking fun at the improper English of many different music artists, it is a short English and grammar lesson. Nothing really funny here. Luckily, the next track “My Own Eyes” is an excellent send-up of the Foo Fighters alt rock style and makes up for it. The song details some overly ridiculous and hilarious scenarios that the singer has seen with “his own eyes.” The way the music goes throughout the song, it is a perfect joke about how the Foo Fighters play their music. Dave Grohl is probably proud about being poked fun at twice in his career now.

A screenshot from the rather lame music video for “Word Crimes”.

The polka medley on this album is called “NOW That’s What I Call Polka!” and, it is very hit and miss. For those who aren’t familar with the “Weird Al” polka medlies, he simply takes parts of hugely popular songs and makes them fast paced polka songs. The songs he chooses are either irrelevant to make fun of or they are just fine. This song spoofs easy targets like Miley Cyrus’ “Wrecking Ball” and Gotye’s “Somebody That I Used to Know”, but confusingly will make fun of “Gangnam Style” and one hit wonders Foster the People’s “Pumped Up Kicks.” Usually the polka medlies are fun, but this is not as fun as it should be.

“Mission Statement” is a song in the style of Crosby, Stills & Nash. This might sound confusing as well, but it works. The folksy sound of Crosby, Stills & Nash contradict on the robotic mission statement that Yankovic is singing about. Another surprise hit, unlike the next song “Inactive”, which is a lazy satire on Imagine Dragons’ “Radioactive.” Boring and unfunny lyrics about being, well lazy, make this song the one to skip.

The album ends with the underwhelming “Jackson Park Express” which is far too long and Cat Stevens is not someone who needs to be parodied. It is a shame that it ends on such a down note, since “Tacky” is one of his better send-ups and has such a great peppy feel to it.

It is surprising to think that “Weird Al” Yankovic has been creating parody songs for nearly thirty years. Yankovic has managed to stay relevant all these years by picking and choosing popular songs that deserve to be poked fun at, like his hilarious Nirvana parody “Smells Like Nirvana” or Lady Gaga’s “Born This Way” to become “Perform This Way.” Or he just picks a particular topic, like the grand “American Pie”/Phantom Menace send-up “The Saga Begins.” Mandatory Fun contains a lot of these kinds of songs. Yankovic tries something new with the genre parodies, making this album sound different from his last albums. It may not be perfect, and the jokes and lyrics may not always work, but it is an improvement over his last album Alpocalypse.