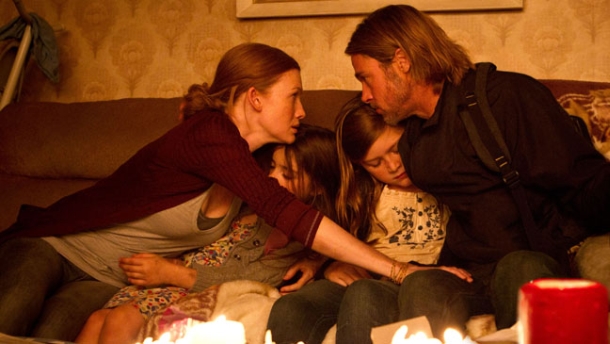 Rumours of a World War Z 2 have escaped from my feverish nightmares and found themselves uttered out from Brad Pitt’s lips. As much as I adore seeing society fall and people getting all surprised that the dead are walking (after all those films and you DON’T have a steady supply of tinned food? You were asking not to survive)…..

For the love of Odin’s gouged out eye, can we just not do this? 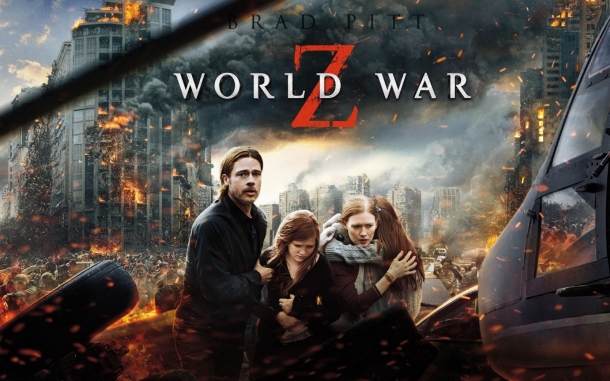 I like Brad Pitt. He grows facial hair well, looks snappy in a suit,was on Friend’s that time and he married Lara Croft. There’s a lot to like about the guy.

There was even a lot to like about World War Z the movie. For a start, it had the title of a book I read once. There were explosions. Daniella Kertesz was in it. Sometimes it seemed like the people who’d made the movie had even read the book. Even Purist Geek Me liked the movie and Purist Geek Me hates everything.

A second WWZ has a lot of potential. The ‘cure’ could turn out to be fake (like the vaccination drug in the book) and more aspects of the book could be explored, or at least mentioned, for the fans of the book. It’s SO simple to just say “Not the Redeker plan” or “Did you HEAR what they’re doing in Russia?”.

Unfortunately,WWZ wasn’t without faults that could definitely impact on viewing pleasure a second time round. Here’s a list!

1. I hated his family. They were annoying, kinda selfish and kept putting him in extreme danger for no good reason.

I don’t know if I’m the only one or if it makes me a bad person…. But there was a moment where I was just hoping his wife would get locked in a supply cupboard. It’s not that I wanted her to die, it’s just that I wouldn’t have been terribly upset if her character never appeared again in the movie. Okay, at one point I wanted her to fall off the side of the ship.

Seriously, if you significant other is on a mission to kill zombies so that your family doesn’t get shipped off to somewhere terrible….DO NOT CALL HIM! This is not a Destiny’s Child “Say My Name“ Moment. Unless he WILL be. DUN DUN DUUUUUUUN!

3. There is only ONE man who is allowed to make us all wait years for a sequel and last I checked, Brad Pitt wasn’t short for George R.R. Martin. The original infighting on the set of WWZ added years to the production time. Who’s to say that a WWZ 2 won’t start, stop and then have to hologram in actors because they’re too busy being Presidents to finish the movie?!

4. There is a limit to the amount of times one may drop the bass in any one movie. Even if you are Ramin Djawadi (who by musical law is allowed to drop the bass a lot more times than anyone else, even Skrillex).

Watch where you’re driving or zombies will eat your face off.

6. Did that family even KNOW one another?

Coffee or any kind of caffeine. That’s what you give your kid, when you’re stuck in a family van, without any form of actual medication and they start having an asthma attack. I know that doesn’t help when you’re trying to add tension to an already dramatic scene, but (as an asthmatic especially) it does help me to believe that you’ve all spent some time near one another at one point.

Also all of the ‘fill in’ dialogue that’s meant to give backstory? “Daddy is staying home today?” and “Mom’s from England?!”. Surely, there’s a better way to give context to the story, than two little girls with terrible long term memories.

But if they make one, it’s not going to be the worst idea since some idiot said “Hey, let’s cancel Firefly! That’s a decision that won’t haunt us for the rest of our days”.

And hey, there’s always the possibility that his family could die…..Or just not have telephone reception for the entire film. Either way, that fixes the majority of the problems of the first film. In which case, by Thor’s belt BRING ON THE SECOND WORLD WAR Z!