Lucy Lays The Smackdown on Hercules In Surprise Weekend Win 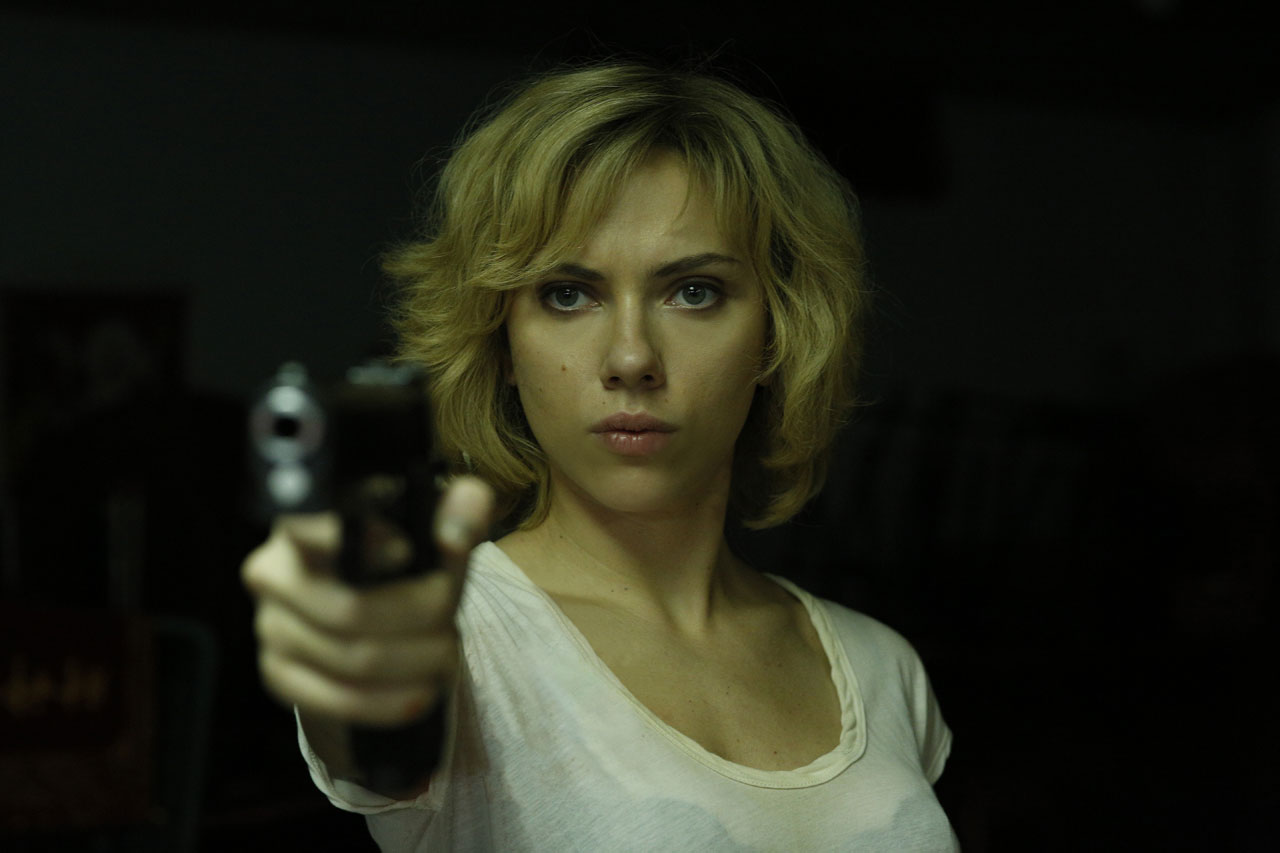 Some will say that Dwayne “The Rock” Johnson’s contribution to film is much like giving certain franchises a testosterone supplement as they hit a mid-life crisis. He’s the People’s Champ and as his well-deserved title implies his name alone draws a crowd at theatres everywhere. This past weekend, however, the people sided with a new face of heroism as Scarlett Johansson’s Lucy conquered the Rock’s epic revival of Greek masculinity and sieged the weekend box office. Athena would be proud.

The Strong Push For Women

Though it probably wasn’t advisable in the beginning to pit Scarlett, who’s most relevant action roles consists of Black Widow supporting the rest of her all male cast, against the Rock, who spearheads most films as the lead male, but the risk paid handsomely. Not only does the success bode well for Ms. Johansson, but for women in a man dominant genre as well. You can argue that there have been great female leads in notable films like Sigourney Weaver in Aliens, Uma Thurman in Kill Bill, Gina Carano in Haywire, Hailee Steinfeld in the successful reboot of True Grit, or even in cheesy popcorn flicks like Milla Jovovich in Resident Evil, but the ongoing trend is that most females in an action film are subject to the damsel in distress routine or support at the most. Now that Scarlett Johansson has made ongoing success from indie films like Under the Skin to Avengers and Winter Soldier, she’s further proving herself to become a more valuable franchise player or even dependable for solo adventures, which makes the likelihood of a Black Widow spinoff more of a reality.

But the new trend doesn’t stop there. With the recent news that favorite Marvel “Big Three” icon Thor now being portrayed as a woman, it seems that the female demographic is finally heard and appreciated. With all predetermined viewpoints aside, it is a bold move on behalf of Marvel. Though it is easy for some of the more dedicated unwavering fan base to argue that the decision is a bit too drastic, too short sighted, or just too eager to please, the intent is progressive. Marvel, being the ambitious and diverse industry that it is, probably took a glance over the fence and sought the success of DC’s own “Big Three” member, Wonder Woman. The Amazonian heroine has over recent years proven to be a hot topic with her inclusion in the new Dawn of Justice film and actually was a highlight from this year’s San Diego Comic Con with Gal Gadot’s fresh debut as the classic character.

Also, what the box office reveals is the public’s growing appeal for more female superheroes or action stars. With the possibilities of a standalone Black Widow film or even a Wonder Woman spinoff, Hollywood is looking to the pages to mine for additional future franchises. Perhaps in the near future we can see a Black Cat, X23, Ms. Marvel, or even a Batgirl on the silver screen.

Despite the controversial decisions and mild weekend wins, these are mere steps into the new direction of the film and comic book industries. What this recent success implies is that there is an untapped value for female actors to not only support, but lead in a genre where men have battled and reigned for decades.