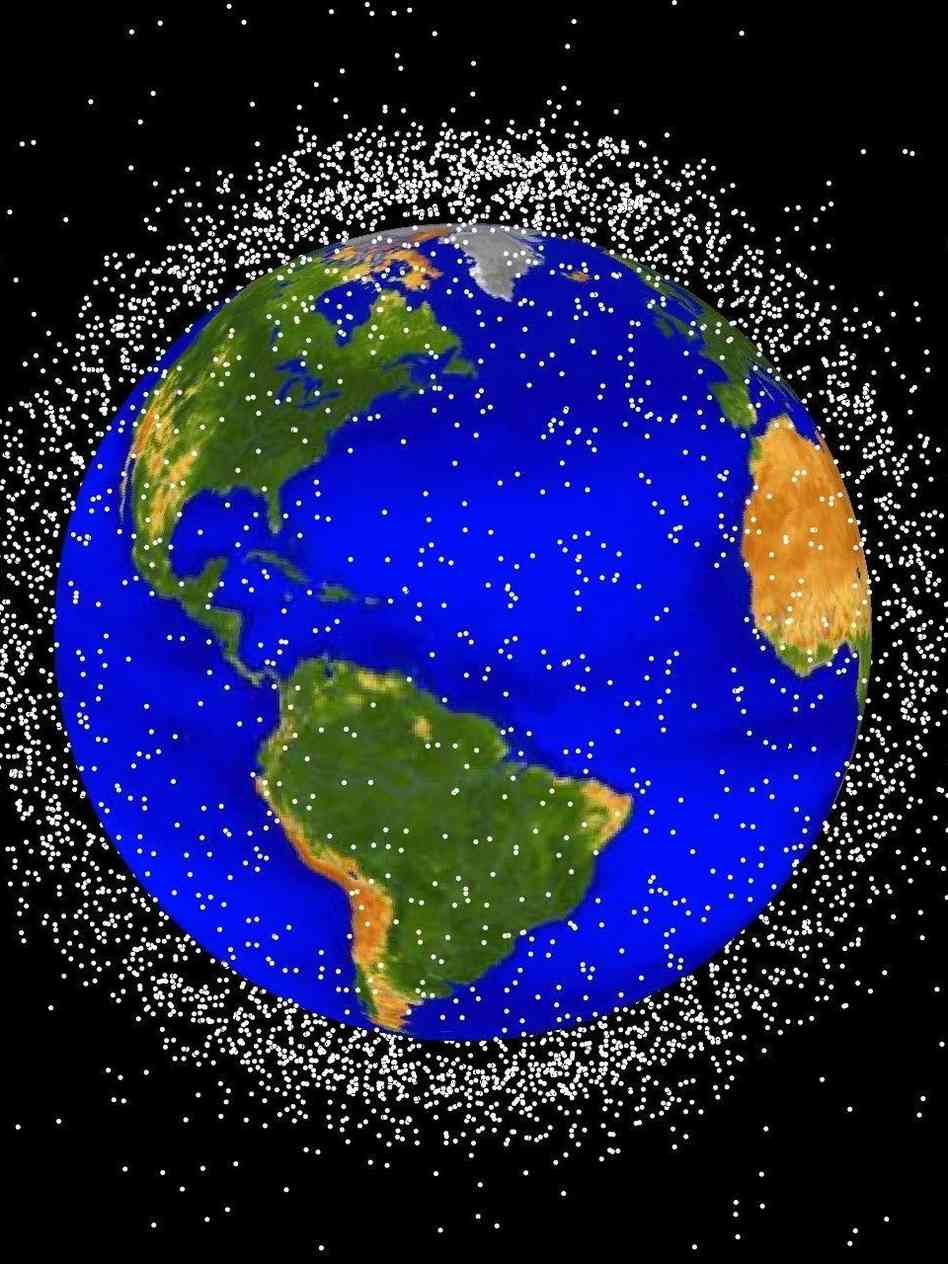 If you’re like me, you pictured the above fence just floating in outer space. Unfortunately, science laughed at that idea. The actual space fence isn’t a fence so much as it is a high-frequency radar system.

Lockheed Martin defeated Raytheon in obtaining the $915 million Air Force contract allowing them to build the radar system. It will be located in the Marshall Islands, which are in the Pacific Ocean.

What Does a Space Fence Do?

Many military officials state that this space fence is integral to national security. After all, there is a ton of junk orbiting the Earth, and any of it can collide with satellites, which are used for just about everything nowadays, from military communications to GPS. Also space debris crashing into a satellite would bring HBO offline. Again.

The Pentagon does have a space fence currently, but it is only capable of tracking about 20,000 objects, which pales in comparison to the actual quantity of junk out there. The new system can easily track 10 times the amount of the current one, as well as smaller bits of debris. For a frame of reference, one of Lockheed’s vice presidents, Steve Bruce, compared the two, saying that the old system can track objects the size of a basketball while the new one will be able to follow objects the size of a baseball – and possibly even smaller!

The Dangers of Space Litter

Space debris (and, let’s be honest, it’s litter) isn’t as remote a threat as it might seem. It can travel around the planet at speeds up to 17,000 miles per hour. Something moving at that velocity can cause significant damage to whatever it impacts. And, as said earlier, there is a lot of debris out there, having gathered across over 50 years of space-flight, aside from whatever typically resides in space. Defunct satellites, empty rocket boosters, the ghost of Sputnik – and, like a video game boss, the junk divides into more junk with each crash, creating more debris and more collisions and ensuring the continuation of an explosive cycle.

Or, at least, it would be explosive if there were oxygen in space.

The film Gravity provided an excellent frame of reference to the dangers of the growing space clutter.

The Pentagon’s space fence allowed them to warn operators of the 1,200 satellites in space to move their equipment in order to avoid collisions. In 2012, the Washington Post reports, the US issued over “10,000 warnings of close calls” to both US and international satellite owners.

Lockheed’s new space fence will greatly surpass the current one by vastly improving performance. The new system is anticipated to be operation by the time the rebel fleet arrives – I mean, by 2018.

It might not be as impressive as constructing a shield generator around the planet. But this marvel of technology stands to provide greater protection to the entire world.