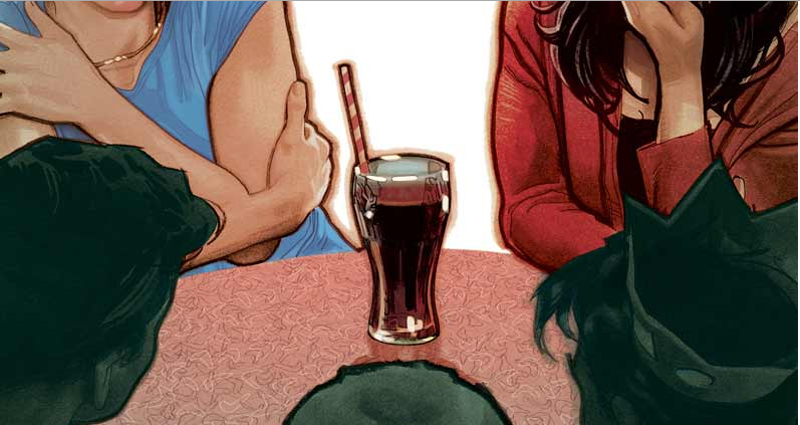 This week, Archie comics will publish Life with Archie #36 with the “The Death of Archie” two-part story, which will detail the death of its title character, Archie Andrews.  Billed as the “epic finale to the acclaimed series,” the event will mark the end of the Life of Archie series, which started as a semi-alternate reality where several possible future storylines could be played out.

In the first story, the then Senator Kevin Keller is in the midst of trying to enact a new gun control law.  At a gathering, however, a gun rights supporter attempts to assassinate the politician in protest.  Protecting his friend, Archie steps in front of the gunman, saving Keller, but taking a lethal round to the body in his stead.  The second part (containing issue #37), deals with the aftermath of the event a year later as the town of Riverdale deals with the anniversary of their favorite citizen’s death.

Growing out of the Archie Marries Veronica/Betty Special in 2010, Life of Archie has continued on to as an imprint chronicling the future adult lives of its teenage characters; its target audience tending to be the Archie’s older fans.  As of late, it has attached itself to more socially relevant events.

In 2010, the publisher introduced their first gay character, Keller, who then went on to star in his own series.  More recently, they followed a plotline where one of their friends, Cheryl Blossoms, suffered from breast cancer, struggling to treat her illness, while also navigating through the current health care system.

Comics have often been used as a medium to tackle difficult social issues.  From famous issues of drug abuse in Green Lantern-Green Arrow in the late seventies, to Iron Man’s long battle with alcoholism within his own recurring titles, as well as domestic violence, which has long mired the image of Avenger, Hank Pym, also known as Ant-Man, writers have been able to humanize some of their super heroic figures to a large extent.

This plotline, however, may set itself apart from the other cases as in this contained universe, everything is grounded in reality and there is no Deus Ex Machina to miraculously bring the redhead back.  At this issues conclusion, his Life will literally come to a close.