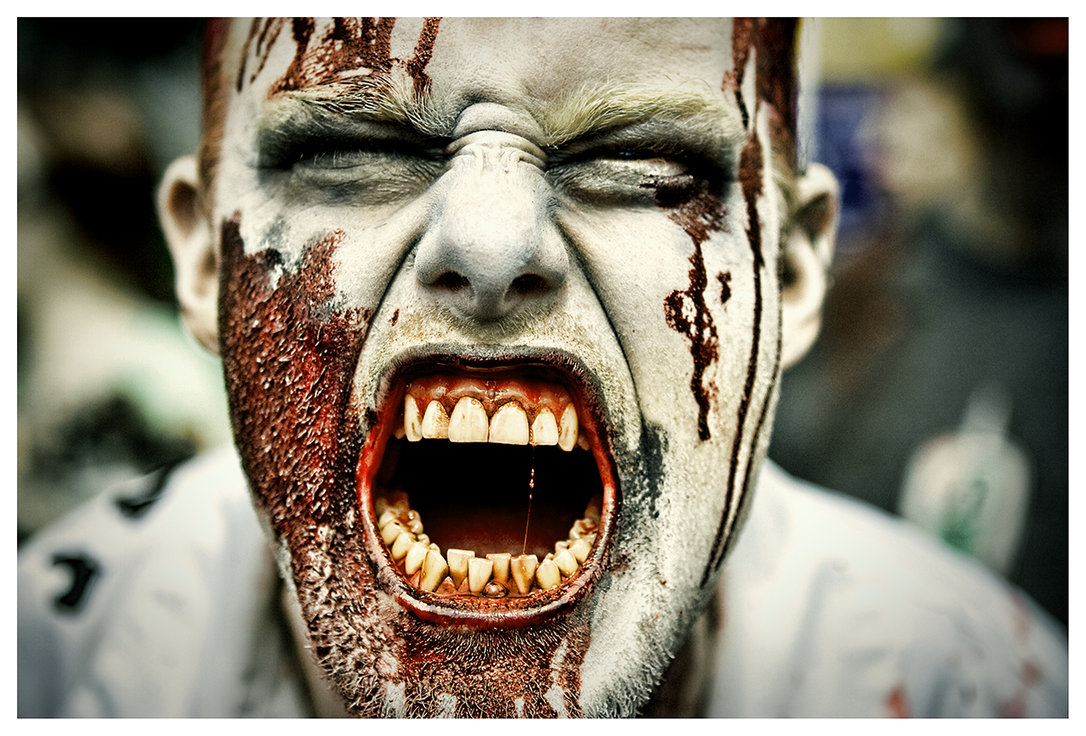 With World War Z hitting our eyeballs soon, you might find yourself concerned as to how you’ll deal with a zombie apocalypse. After all, you’re not Brad Pitt. The only way to get out of it alive, is to be powerful. But you’re also not Milla Jovovich.

The next best thing you can do, is familiarize yourself with the different types of zombies out there and the best way to deal with them.

Knowledge is power, my friend.

Like Dracula is the father of all vampires, the Mummy is the ….mother….(couldn’t help myself) of all animated corpses.

These days, the Mummy comes in many forms. But at it’s heart, which is NOT in a jar next to it because that’s not how they rolled in Ancient Egypt, the Mummy is a zombie wizard dressed in bandages. The Lady Gaga of the zombie world.

Don’t disregard the warnings of the locals. It didn’t work for Van Helsing, it didn’t work for Brendan Fraser, it’s not going to work for you. If you absolutely need to disregard the locals, don’t randomly read things from walls, books or scrolls. If you do, look around for amulets, scrolls, books, or anything else that might reverse what you’ve done. As an added tip, if you wouldn’t use it as a source in an essay, don’t use it as your only reference when dealing with the undead (so, no, don’t just go to Wikipedia).

Greyed appearance, moving slowly and making loud groaning noises. They look a little like you do in the morning, except they’re blood splattered  (So, Dexter version of you in the morning).

While not as dangerous as their faster counterparts, these guys are still going to eat your brains, so don’t underestimate them.

If you can fool them, Shaun of the Dead style, definitely give it a go when moving between safe areas. But don’t rely on this as a sure fire way to stay alive.

The best suggestion is to drive away from these guys, but the roads will be clogged with all those panicking people.

So, if you’re on foot and they spot you first walk quickly, build up to a sprint and then maybe settle into a nice paced jog that keeps them at a reasonable distance. Remember though, they are slow but they don’t tire. They won’t stop hunting you. The best thing you can do is to try and put as much distance between them and you and get yourself to safety, before fatigue sets in. Other than, remember the 5 D’s- Dodge, Dip, Dive, Duck, and Dodge.

Certainly on the scarier end of the spectrum now because these guys exhibit a certain degree of intelligence and sentience, which means they’re not going to be distracted by a noise somewhere else. In fact, given their movement and lack of cloudiness in eyes when compared with ‘Shufflers’, there is the question as to whether their senses have been heightened by the virus.

Just like their less mobile counterparts, these guys aren’t tiring  themselves out. The problem is, they’re faster and possibly even more hungry. They will chase cars at an alarming speed, so if you’re stuck on foot things could turn ugly, fast.

If you can get away from them, great. But be aware that the only thing that distracts these guys is another warm body to chew on.

A Whole Other Breed

I Am Legend was a big player in introducing the mainstream consumer to the idea of a sentient zombie. These are the ones that make you question who is the real monster here? Then you realise that there are zombies eating people’s faces and you’re all “Okay, they’re probably the monsters, if we’re going on a Pass/Fail system”.

Get out of Dodge and get fire support.

While maybe not a completely noble or ethical solution to the whole thing, after all these things might not be virus ridden freaks but the next step in human evolution, this is probably the most practical.

Remember in Harry Potter when they said “There is the right thing to do and the easy thing”? Yeah, this is probably the easy thing. But Harry could talk to snakes and you can’t, so don’t beat yourself up about it too much.