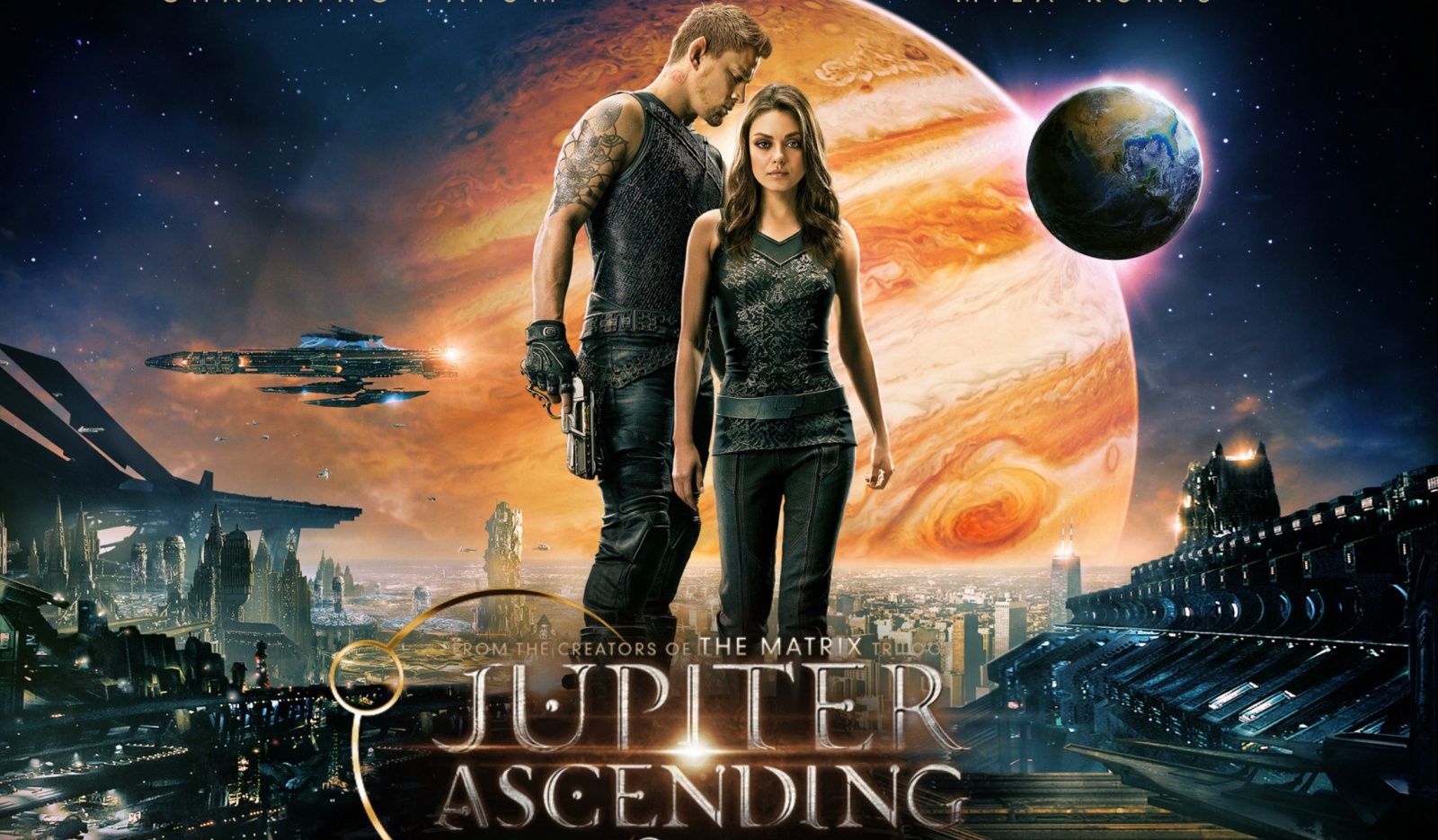 Whether you care to see the Wachowski’s latest science fiction space opera Jupiter Ascending or not, it may be increasingly more and more difficult to ignore the buzz it’s been getting lately. Why is the film getting so much press? Well, one thing’s for sure – it’s a pretty weird film. But the word “weird” has something of a dual connotation these days, and, as they say, “there’s no such thing as bad press”. So, let us simply ask the question: Is Jupiter Ascending the Bad Kind of Bad, or the Good Kind of Bad? Before we begin, let me just say that I’m going to try and write this with the least amount of spoilers possible, because in my honest opinion, this movie is worth seeing (even if you wait for the DVD/Blu-Ray release). This won’t necessarily be a review, either – but more of a discussion about the film because, well, after you see something like Jupiter Ascending, you just need to talk about it so it doesn’t haunt you in your sleep anymore.

But where to begin? I think, above all, you can tell that Jupiter Ascending is trying hard to be a part of the science fiction space opera craze that Guardians of the Galaxy had successfully renewed last year. Obviously, there’s a huge market for that kind of thing in the film business these days, and when a space opera is done right, as Guardians proved, it could be potentially wicked. However, there were more “races” of aliens in Jupiter Ascending than there were in the Tattooine cantina – and most of them don’t get any kind of explanation or backstory whatsoever. But damn, do some of them look cool! Sure, the giant, winged lizard-men in fashionable leather jackets with lapels seemed like something straight out of a Star Trek fanfic, but visually and aesthetically, they were awesome. If only one of them had been promoted to main character status. Or at least supporting character status for that matter. Channing Tatum is an amalgamation of human/wolf/angel, or at least that’s what the film leads you to believe (yeah, after seeing it, I’m still not even sure), and Sean Bean has bee DNA inside him and he naturally lives in a house in the middle of nowhere COVERED in bees (more on Mr. Bean later). While Jupiter Ascending doesn’t even come close to the emotionally compelling, humor-driven plot Guardians of the Galaxy had, I think its attempt is admirable. Overall, Jupiter Ascending’s space opera-dom just makes it into the realm of “Good Kind of Bad”. But it isn’t well-liked there.

Mila Kunis, our main character (named Jupiter because it’s in the film’s title), is the descendant of a space queen who ironically cleans toilets for a living on boring old planet Earth. Her dad loves telescopes, so ideally she tries to raise money for one in a really strange sub-plot that makes her inadvertently cross paths with our main villain’s alien lackeys (that look a lot like the very basic Roswell aliens). Even though by the second act of the film, almost every character is treating Kunis like a queen, we never see her get to use a gun, or do anything remotely heroic. In fact, by the third act of the film, I had lost count how many times elf-eared Tatum saved her by carrying her and floating away on his gravity-skates. For queen of the universe, Kunis’ character isn’t very independent, or empowering at all for female viewers who might’ve gone into the film hoping for a strong female lead (not that it would matter anyway, considering the film is difficult to take seriously). Sorry, Mila. Jupiter lands comfortably (or uncomfortably) in the “Bad Kind of Bad” zone.

Eddie Redmayne plays the main villain who talks in whispers for the majority of his screen time, with the occasional over-the-top angry scream whenever the opportunity presents itself (if it ever actually does). As the profit-driven Balem Abrasax, he works in the youth serum trading business with his two siblings (played by Douglas Booth and Tuppence Middleton). Redmayne may very well be the best part of the film acting-wise, and really, that’s not saying much. But you can tell that he really took his character seriously (which, in the context of this film, might mean he didn’t take it seriously at all), and delivered a performance that set the film’s bar over 9000. The execs over at Marvel would be wise, in my humble opinion, to cast this guy as a villain in one of their future films. But I digress… I would almost suggest seeing this film for this guy’s performance alone. It’s like he reached Nicholas Cage status fifteen films into his career. “Good Kind of Bad” for sure.

One of the most unexpected casting choices in Jupiter Ascending is the casting of Sean Bean as elf-eared Tatum’s old bee-crazy friend. Unfortunately, he’s reduced to a supporting character in this film (as if that really matters). Many of us, especially the geeks of geekinsider.com will know that Sean Bean is most famous for his usually glorious and convincing death scenes. What kind of movie would cast Sean Bean, the king of expiration execution, and NOT give him a death scene? Well, here’s a spoiler for you: THIS MOVIE WOULD. In fact, I couldn’t even tell you how his character helped the film along at all, except for dropping some of the most ridiculous bits of dialogue like: “bees don’t lie”, and “bees smell royalty”. It’s a real shame, and a missed opportunity. Sean Bean’s inclusion in this film sadly falls into the “Bad Kind of Bad” category. If you wanted to see this movie because Sean Bean is in it, don’t.

It’s difficult to come to a conclusion. I remember sitting in the theater thinking: “Do I like the movie or do I dislike it?” The real answer is: No one really knows. It’s unoriginal, but all of the little details are there and appreciated, and in turn, makes the film feel like a unique experience. Channing Tatum is shirtless for way too long during the mid-section of the film. Bad Kind of Bad. Mila Kunis is nearly forced into a visually-stunning wedding with Douglas Booth’s character, which ends up getting crashed by Tatum and Bean. Good Kind of Bad. There’s a space police-force called Aegis that enters the plot seemingly out of nowhere, and their ship is piloted by a guy that looks like an elephant who trumpets angrily whenever he has to steer the ship clear of some ridiculous, imminent calamity. Bad Kind of Bad. Mila Kunis gets to command an army of bees, and dispatches a bounty hunter by commanding them to sting the hell out of him. Good Kind of Bad. At the end of the day, you’ve got to see the movie to decide for yourself whether you think the film is “Bad Bad” or “Good Bad”. Either way, the Wachowski’s have the sci-fi community abuzz for the first time in nearly fifteen years.