Home Entertainment The iTunes $0.99 Movie of the Week: ‘The Magnificent Seven’
Entertainment

The iTunes $0.99 Movie of the Week: ‘The Magnificent Seven’ 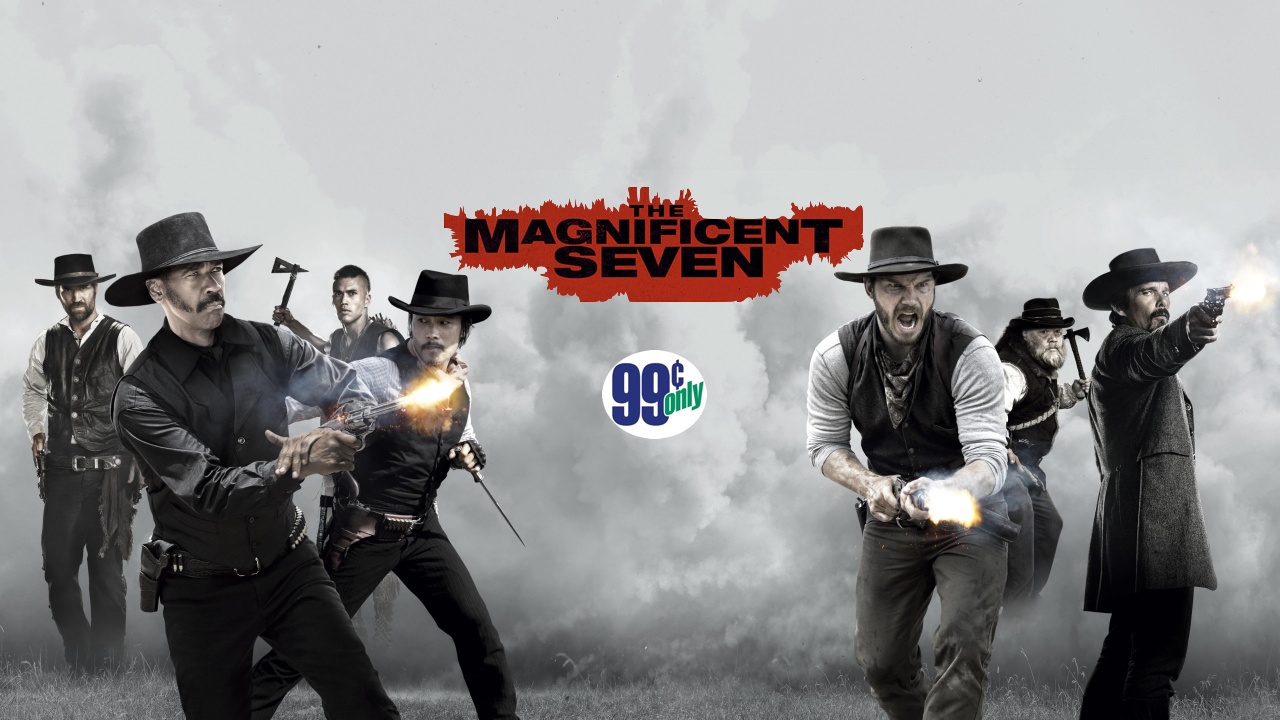 This week, Denzel Washington steps into a remake of the Western classic The Magnificent Seven.

The hardworking people of Rose Creek just want a fair chance at life. But an evil mining magnate named Bartholomew Bogue (Peter Sarsgaard) has other plans for the town. Plans that include emptying the gold from a local mine and running the locals out off of their land … or just killing them instead. Unwilling to cut and run, the townspeople turn to bounty hunter Sam Chisolm (Washington) and a rowdy band of outlaws to make a noble but bloody last stand against Bogue’s mercenary army. And so begins Antoine Fuqua’s not so magnificent remake of The Magnificent Seven. 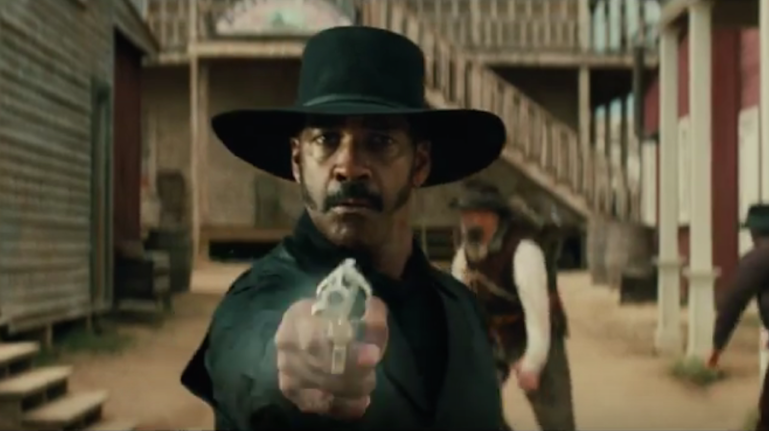 But Revenge Will Do

These days most of us are savvy enough to tell if a movie’s going to be any good about five minutes into the action. So I’ll start this review by saying that the first five minutes of The Magnificent Seven are poorly scripted, sloppily edited, and mind-numbingly dull. And I’ll say that those problems plague the entire film. So much so that I very nearly turned The Magnificent Seven off around the 30-minute marker. I stuck it out because, well, that’s what a good critic does – but also because I’m a huge Ethan Hawke fan and was holding out hope that he would bring some semblance of intellect or charisma to the story.

So I watched on as Sarsgaard hammed it up as villain. I watched as Denzel scowled and Chris Pratt smirked and The Magnificent Seven became sillier by the minute. The good news is that when Hawke finally turns up he brings a fair amount of both intellect and charisma. The bad news is it’s nowhere near enough to save the mindless movie he’s brought them to.

When you’re working with a screenplay as colorless as The Magnificent Seven‘s there aren’t many actors who could. The film was co-written by True Detective‘s Nic Pizzolatto with Expendables 2‘s Richard Wenk, which means there’s a fair amount of testosterone in the air throughout. Oh, there is one female character in the mix (played by Haley Bennett) but the writers seem forget that she exists for much of the film and callously dismiss her in The Magnificent Seven‘s final moments. In most films that would add up to a fair amount of tough-guy fun for the rest of the cast. While there are occasional flourishes of the brainy machismo that Pizzolatto brought to Season 1 of True Detective, The Magnificent Seven mostly dwells in the simple-minded macho that’s kept Wenk gainfully employed in recent years.

Simply put, characters in The Magnificent Seven are paper-thin. Their tin-eared dialogue is sloppy and witless. Their story is bland and heavy-handed. And the gifted collection of actors (Vincent D’Onofrio, Haley Bennett, Matt Bomer, and Luke Grimes are also on hand) are all better than the material. Try as they might to find some meaning amongst the blood and bullets, there’s little room for meaning when a film is so busy rushing from one action piece to the next.

To make matters worse, Director Antoine Fuqua brings zero style to those action scenes leaving them flat and predictable. Which is unexpected, ’cause Fuqua spends most of the film setting up classic Western moments – The Magnificent Seven does have the look and feel of a proper Western – but undercuts those moments in favor of mediocre gunplay, jarring whip-pans, and choppy editing. The result is a movie that feels desperate to blend the great Western mythos of John Ford with the modern style of The Fast and the Furious. The Magnificent Seven misses badly on both marks and labors through 132 minutes of nonsensical gunplay as a result. Sitting through it is often painful. Watching such a talented group of actors try so hard to make it work is enough to drive a man to drink. 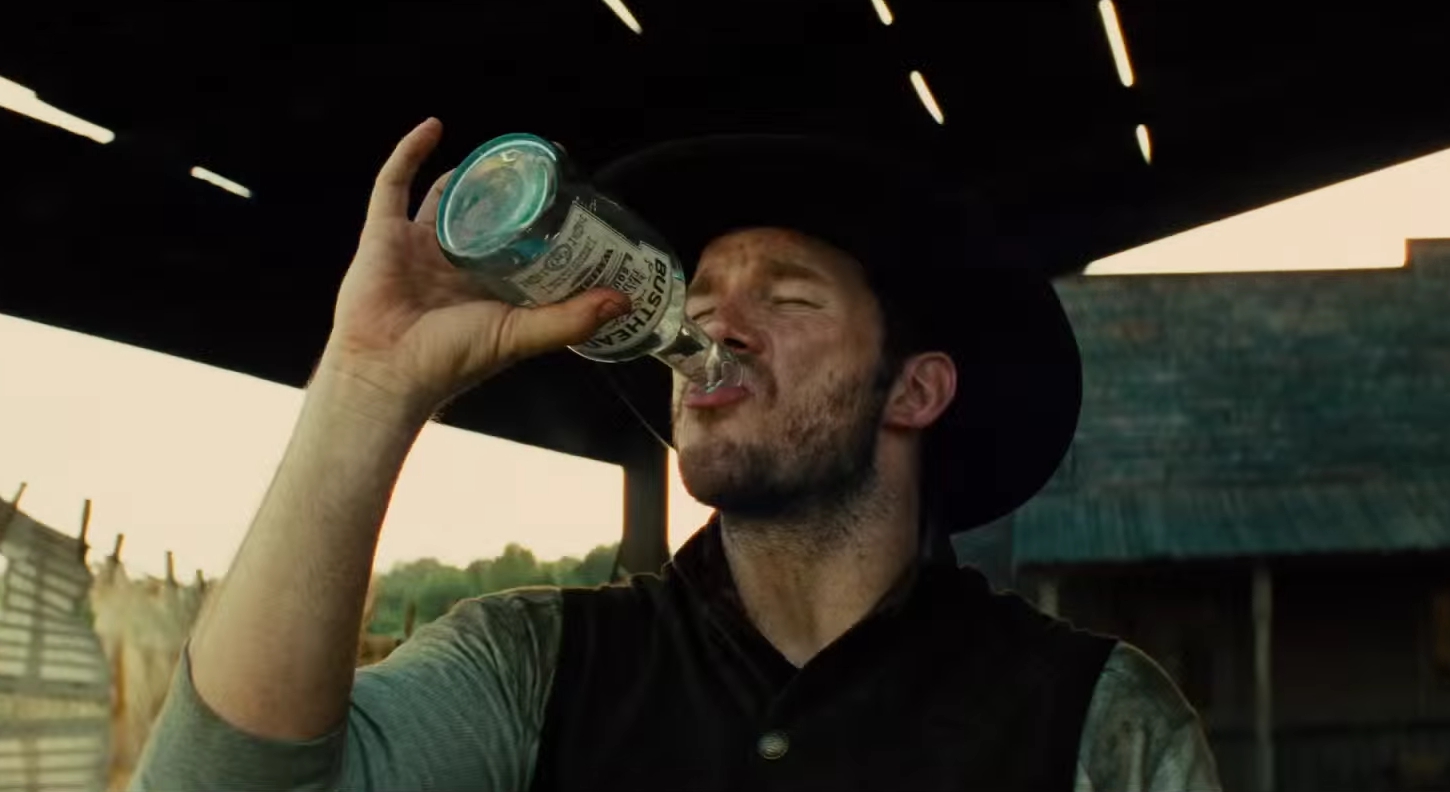 No. No it’s not. The Magnificent Seven isn’t funny. It isn’t exciting either. It’s stale and cliché and downright boring. Even at $0.99 it’s a waste of money. With a runtime north of two hours, it’s a massive waste of time too. You’d be better served by renting the 1954 masterpiece that inspired both versions of The Magnificent Seven. That’s a little movie called Seven Samurai. It was directed by the legendary Akira Kurosawa. And you can rent it for just $3.99. FYI – Seven Samurai is actually an hour longer than The Magnificent Seven, but it’ll feel about 30 minutes shorter. Trust me.

Matthew Vaughn Could Be the Hero That Superman Needs

‘Twin Peaks: The Return’ – After 27 years, David Lynch’s Cult Hit is Back