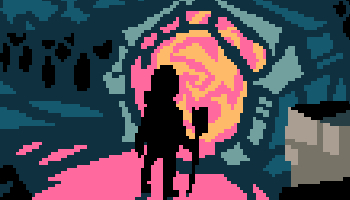 Anodyne is sort of what I’d imagine The Legend of Zelda would look like if it were designed by Sigmund Freud. Players step into the shoes–and the mind–of Young, a bespectacled protagonist in a white coat. Young has been tasked with exploring the far reaches of his subconscious mind, traveling to a wide array of different locations within an unsettling world of dreams, using a broom to sweep away the monsters he comes across.

The entire game is played from a top-down perspective, with 16-bit  graphics that show. To be frank, it’s a beautiful game, if a bit unsettling. The color palette seems designed to drive home the idea that the whole thing takes place in Young’s subconscious; no matter how vibrant the game gets, things still feel a little muted and surreal. 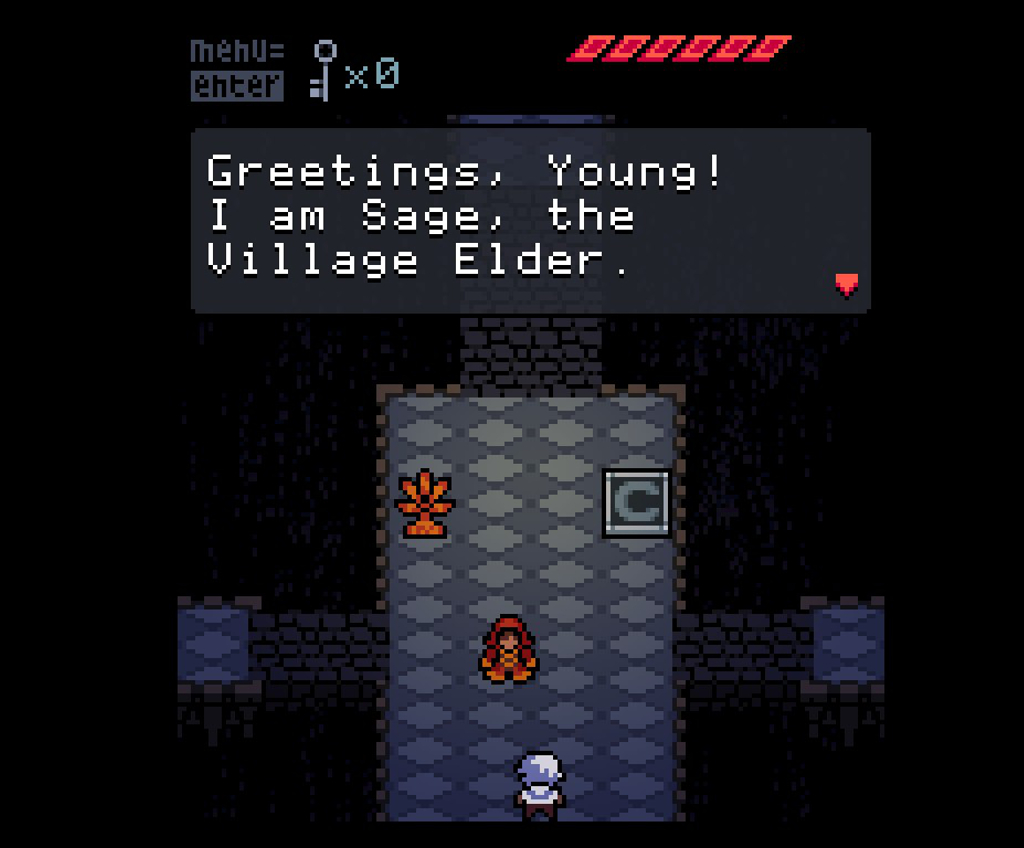 That’s certainly not a bad thing.

Anodyne’s sound design only serves to further drive home the odd, disconnected feeling created by the graphics. Everything in the game feels… I’m not quite sure how to describe it, truthfully… unreal, I suppose? Most of the music tracks and sound effects have a haunting, disquieting quality to them.

Gameplay-wise, Anodyne shows its roots just as much as in the graphics department–though Young’s arsenal is a little pared down from the vast array of weaponry at Link’s disposal. The only pieces of equipment Young ever receives (aside from a few life upgrades and the cards) are a broom and a pair of shoes. The broom functions like Link’s sword from the original Legend of Zelda; pressing attack will cause Young to jab it forward, dealing damage to anything in front of him. The boots, meanwhile, allow him to jump.

There are also a number of puzzles all throughout Anodyne’s dungeons. Most of these are fairly simple affairs, yet quite satisfying to solve. Unfortunately, they start to get more than a little frustrating as the title progresses. Towards the end, there’s a platforming puzzle that’d make you want to throw your controller–if you could use one. 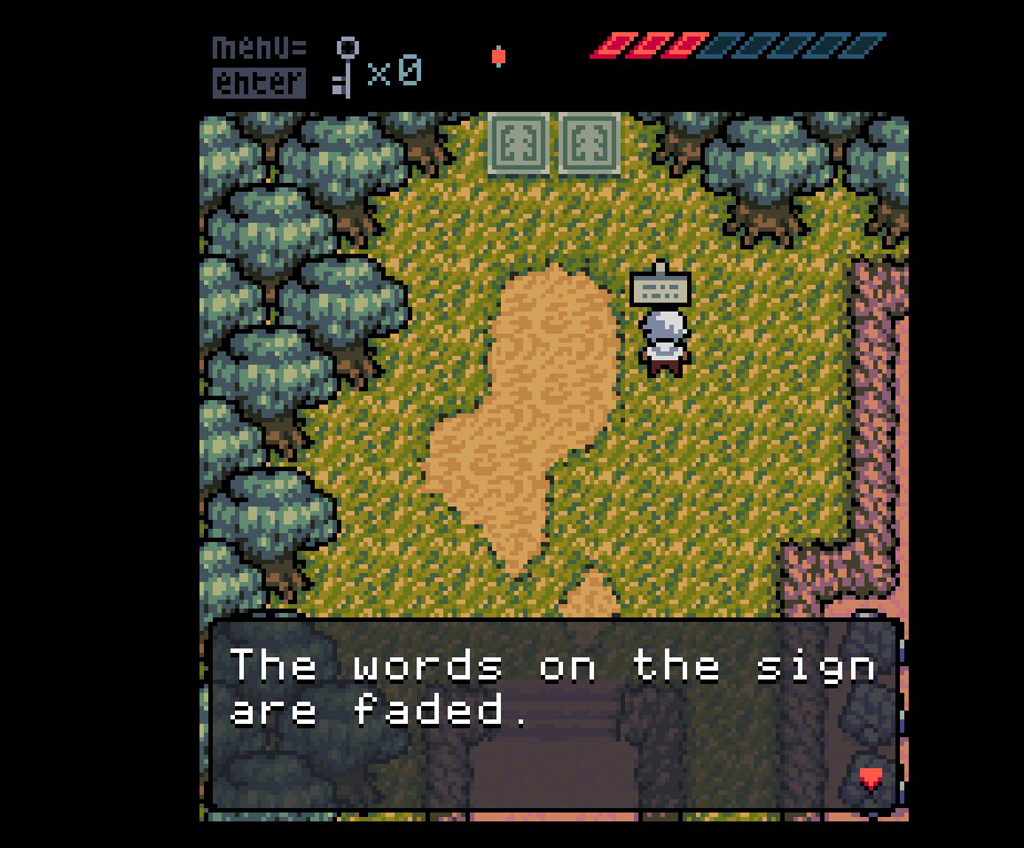 On that note, that’s actually my largest gripe with Anodyne; you’re locked in to using a keyboard to control Young. While this works in the game’s earlier stages, it tends to get a little frustrating further in, where you might find yourself dying simply because you can’t control Young with the precision you’d like–a result of the controls, not the player, I assure you.

Story-wise, Anodyne is about as light as it is in the gameplay department. There’s a bit of talk about how you’re a chosen hero, who needs to hunt down and defeat an evil darkness which threatens to destroy a legendary being known as The Briar. Should this happen, the world will be destroyed. Simple, right?

There’s a bit more to it than that, though. One gets the idea that Young is an incredibly troubled man; one who lives a life fraught with struggle, anxiety, and grief. Granted, we’re not actually told any of this directly (for a while, anyway), but there are hints aplenty scattered around the game world, which, as we quickly learn, is actually Young’s subconscious mind. The unfortunate truth–that Young is using this adventure as an escape from reality, likely to avoid confronting his problems–is driven home most by the fact that if you die and choose not to continue, Young awakes in a dingy, scantly-furnished apartment. 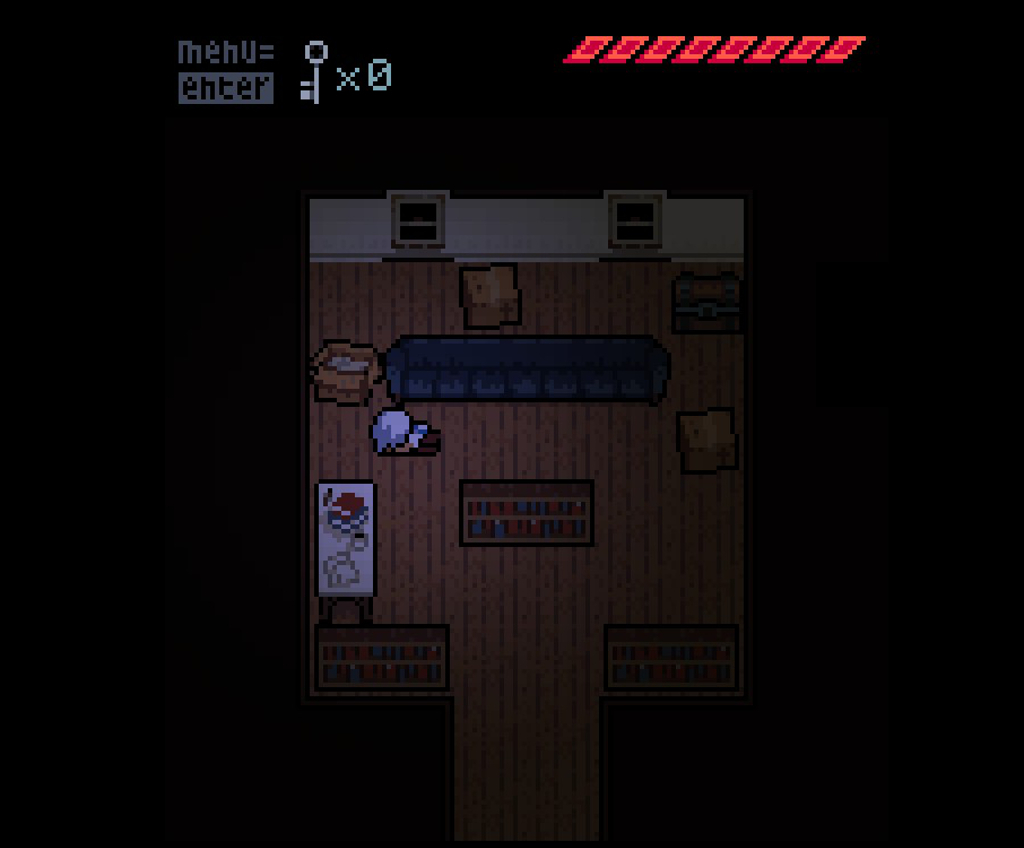 That notion of disconnection from reality forms what one could say is the core of Anodyne’s narrative, which, though it gets a little pretentious at times, is still decent as a whole, exploring such themes as loneliness, responsibility, depression and escapism. Yeah–it’s kind of a downer.

Still, it’s a decent method of whittling away a few hours if you’re a fan of dungeon crawls, and it’s got its own sort of strange beauty to it, to boot. Give it a try on Steam; it’s only $9.99. Fair warning, though–don’t play this one if you’re depressed. I have a feeling that might not be the best idea.