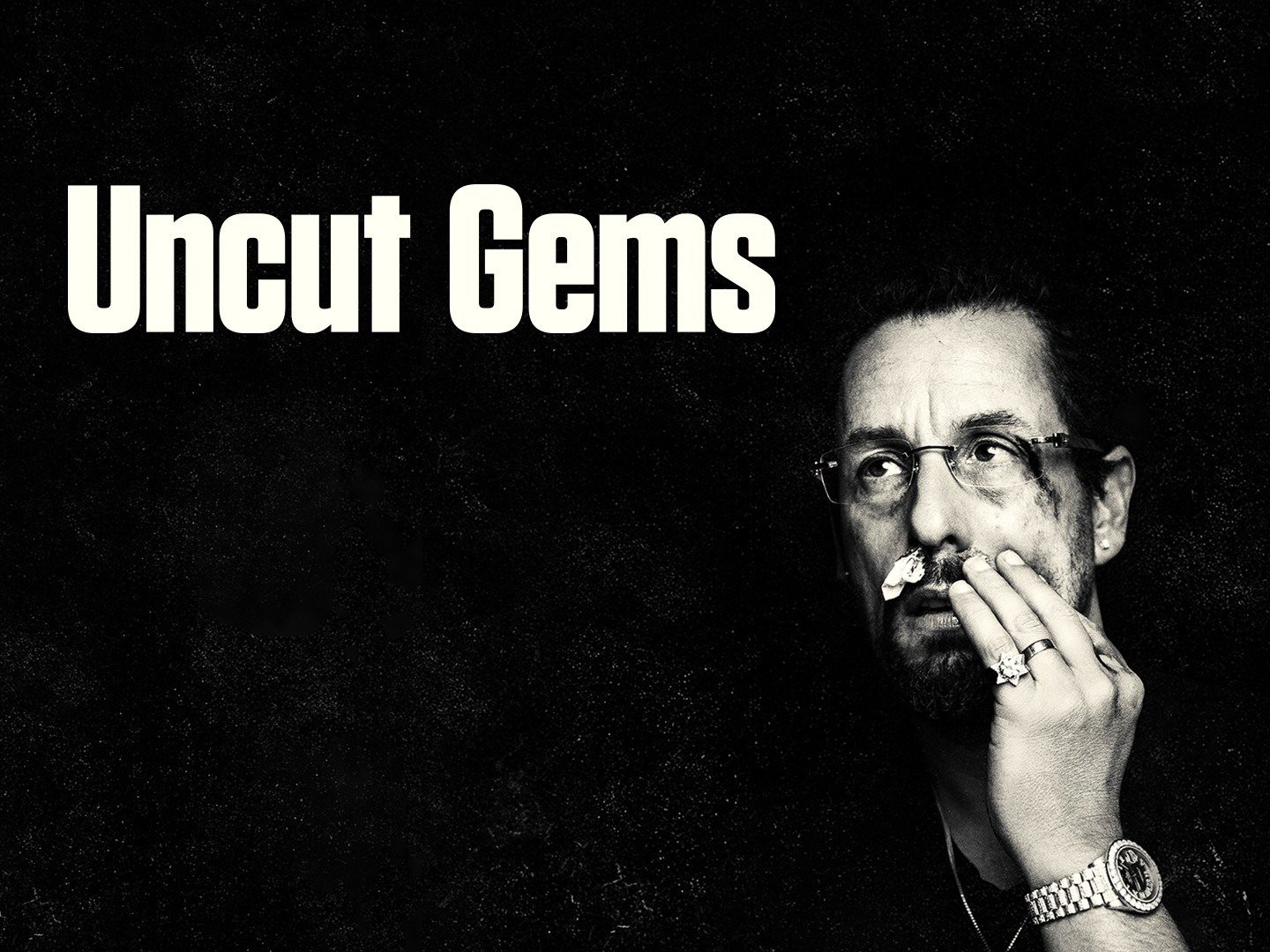 The Plot of ‘Uncut Gems’

A charismatic jeweler makes a high-stakes bet that could lead to the windfall of a lifetime. In a precarious high-wire act, he must balance business, family, and adversaries on all sides in pursuit of the ultimate win.

I should end this right here. I mean, are you not entertained? What else do you want from a film? The plot is very alluring. To me, it’s what the United States of America is all about. People leave their native lands, roll the dice, and migrate to the USA to make their dreams come true.

You don’t go to the U.S. to live an equivalent life to the one you left; you go to create something much more significant and bigger. You work as a cabbie, a waiter, etc to have the incremental wins that will carry you to the bigger payouts.

For Sandler’s character, that big payout comes in the form of speculation and massive leverage.

Adam Sandler plays Howard Ratner, a New York City jeweler. From the get-go, he does not look like an approachable character.

This portrayal is one of the few, yet phenomenal roles Adam Sandler has done that are not meant to garner laughs, his representation of the jeweler is genius. Sandler’s charisma balances out the obnoxiousness of his character.

What’s even more interesting about the film is that Safdie brothers chose to use many people who aren’t professional actors, like Kevin Garnett.

Now, you wouldn’t expect the NBA champ, KG, to do an amazing job as an actor, but he does and so do the other non-professional actors within the film.

Ratner spends his days hot for the latest score and wishing for the next gambling rush. Even before the plot thickens, your adrenaline will seem like it is on the verge of spiking; the movie itself begins with Howard trying to avoid a loan shark. Yup, he’s a true American, he’s in debt. The story focuses on another one of Ratner’s gambling activities that could potentially destroy his life and family.

At the end of it all, he is just a man who doesn’t think twice before he rolls the dice and heartedly wishes that luck will be on his side.

There are a lot of loud colors and lights; the scenes are gritty yet seem to glisten at the same time. The characters are constantly bickering and have no remorse; except Howard Ratner, his optimism is contagious and crazy. He only acknowledges one misfortune, that he is as worthless as an ordinary rock, but his saving grace is that he knows that he is a nobody who peddles expensive gems.

Most of the film anchors around Ratner’s small claustrophobic shop in Diamond District, and the bold neon lights do very little to relieve the anxiety that you build up till you begin to actually relate and feel for characters that you hate.

Despite Sandler’s comedic misfires in goofy renditions, he has always been an actor who is committed to his craft. Sandler keeps you going until the end.

Brad Pitt mentioned this particular character on Variety’s actors on actors. He says watching Sandler’s performance makes one feel for him, and you feel one with the actor and how warm-hearted he can be.

There is no surprise that Sandler goes above and beyond the material. He owns it until you feel that he is the one carrying the narrative. Many come away from the movie wondering where this version of Adam Sandler has been during the past few years.

Directed by Josh and Benny Safdie, the movie looks like it keeps transitioning between a high stakes video game to an R rated movie from the 80s. The independent filmmakers are known to grace the screens with films that have grotesque urban themes. Jimmy Fallon called their 2017 flick, Good Time, starring Robert Pattinson incredible but something he could not stomach.

If you’ve seen New York in all its glory, you’ll notice that the city has been cleaned up in different scenes to make it look more gentrified. Darius Khondji is the cinematographer and also the reason behind the sick gleam in ‘Uncut Gems.’ The interior shots are immaculate. You find that there is glamour in the sleaziness, because that’s all there is in the film.

Howard is always running away from past deals to the glimmering future.

The movie definitely looks like an exciting watch. It is one of those stories that stays with you. Nobody believes in Howard but Howard himself, and perhaps you will too.

The movie, fittingly, came out on Christmas.

It is not your average holiday film.

But it is a messed up story with a lot of perplexing hope, and if that does not spell the holiday spirit, we don’t know what does. The critics love it, millennials call it “lit” and so do we.

Go check it out.