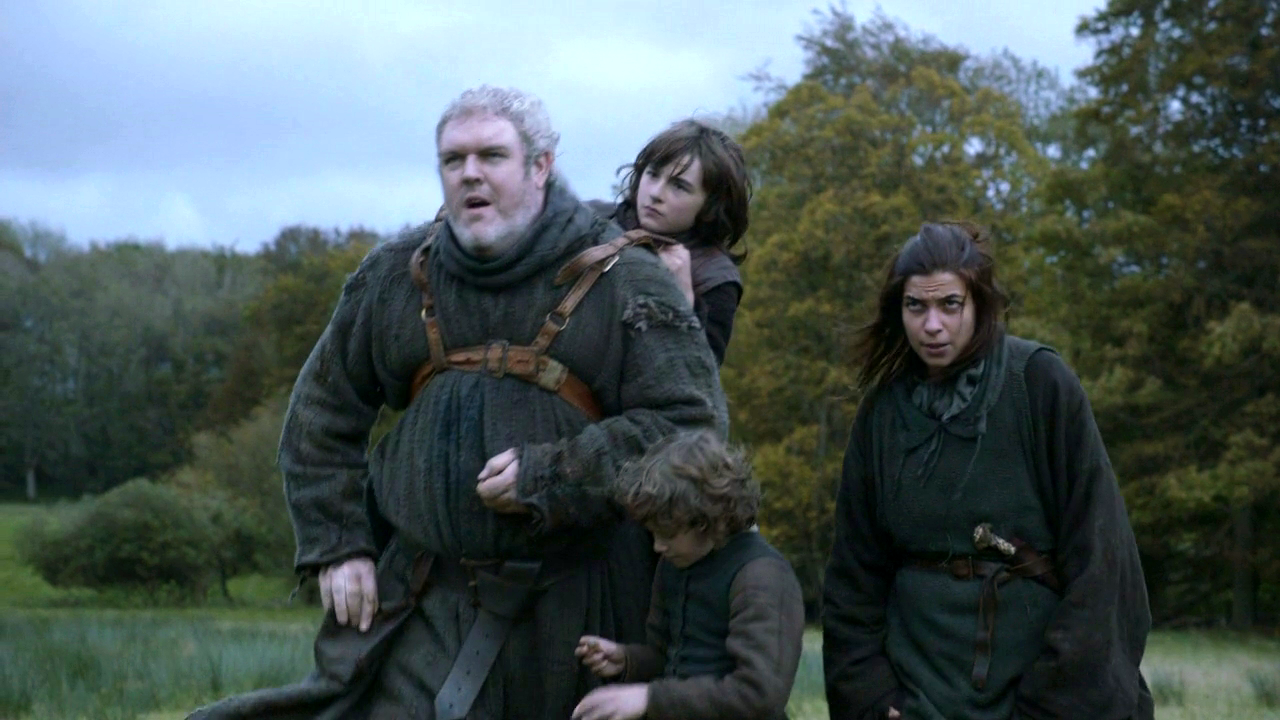 “Game of Thrones” fans who are anxiously awaiting the show’s fifth season (which is now in production) may be disappointed to discover that the series will return minus one story line. Earlier this month, Isaac Hempstead-Wright (who plays Stark heir and resident skinchanger Bran) and Kristian Nairn (Bran’s massive helper Hodor) were confirmed as not reprising their roles for the show’s next season.

Bran’s story, as fans of both the show and the book series on which it was based know, got started when the limber youth was shoved out of a window by Jaime Lannister, rendering him paralyzed from the waist down. Although Bran would lose his memory concerning how he “fell” from the window and why (to keep Jaime’s affair with the queen of Westeros-slash-his own twin sister Cersei a secret), he would soon discover his destiny as a skinchanger, which entailed the ability to telepathically control animals and communicating with a mysterious three-eyed crow in his dreams. Together with Hodor, wildling servant Osha (Natalia Tena), and Reed siblings Jojen and Meera (Thomas Sangster and Ellie Kendrick respectively), Bran set out on a journey to learn the meaning of this destiny—a journey that would take him beyond the Wall (the border between Westeros and the mysteries of the Northern lands) where he would witness the death of his friend and mentor Jojen. Bran’s last scene in Season Four ended him meeting a shaman-like figure who had apparently sent him the visions and talked with him via the three-eyed crow.

Neither HBO nor the writers have commented on the absence of Bran and Hodor in Season Five, although Nairn has his own theories.

“I imagine our storyline is up to the end of the books,” he said.

Only those who’ve read all five of George R.R. Martin’s A Song of Fire and Ice novels (the books series on which “Game of Thrones” is based) can say for certain, but particular story lines being shuffled around, extended, or shortened to suit the show’s needs has been a concern of fans for the past few years, especially since the release of the next novel in the series, The Winds of Winter, is taking time time to find its way to bookstore shelves. And, at this point in the “game,” that fear is very real. Should the show reach the spot at which the sires is currently stalled, the writers will have no choice but to 1) keep writing episodes according to Martin’s plans and risk the embarrassment of spoiling the series’s carefully crafted twists, 2) deviate from the series, or 3) completely halt production on the show, at least until The Winds of Winter is released.

Although fans of the show shouldn’t hold their breaths for any Bran or Hodor action this upcoming season, they can expect to see more than a few new (and old) faces. The much-talked-about Doran Martall, brother of Oberyn Martall, whose handsome face was smashed between the enormous palms of Ser Gregor Sandor last season, will make an appearance, as will his young bethrothed Mycella Baratheon, illegitimate daughter of Cersei and Jaime. (It’s sure to be a fun family reunion, especially considering that, in addition to Oberyn, Doran’s sister Elia and her children were murdered at the behest of the Lannisters.) Doran will be played by Alexander Siddig while Mycella will be played by Nell Tiger Free.

In the meantime, Nairn, who also works as a DJ, will be taking his “Game of Thrones”-inspired show “Rave of Thrones” on the road. The tour will make several stops in Australia but not venture beyond the ocean.