Harry Potter and the Successful Career 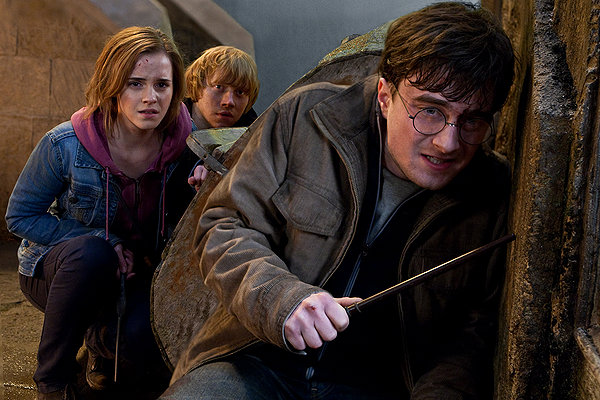 Remember Harry Potter? Boy wizard, who magically cleaned out your wallet without you realizing it? Well we are almost two years removed from the final film, “Harry Potter and the Deathly Hallows Part II” and many of the pitfalls we expect to happen in the aftermath of a massive franchise are yet to occur. All of the films have held up relatively well in terms of technology. Sure the early ones don’t look state-of-the-art, but they still pass. But more surprisingly, the massive cast of the series has avoided pitfalls in the media and has continued to work without being type-casted. If that sounds like it’s not hard to do, Google Carrie Fisher and then get back to me. With Emma Watson’s “The Bling Ring” in theaters now, her path away from Hogwarts continues to grow, just as Daniel Radcliffe and Rupert Grint’s have. Here is how they’ve done it.

Look at the supporting cast of the Harry Potter series. It’s massive. In the group there are more distinguished actors than I can list here. Not to discount other actors, but this collective group is full of real thespians. Maggie Smith, Alan Rickman, Michael Gambon, these are people who have worked on stage and screen, won awards and have transcended different genres over the decades. So when you plug child actors into roles higher on the marquee than these distinguished performers, it’s obvious some emulation occurs. The fact that this went on for 10 very impressionable years, adds to that fact.

What that doesn’t explain is how the young cast has avoided the negative spotlight that so many child actors have not. Excluding the jailed Jamie Waylett, who played Vincent Crabbe, there is hardly a whisper of tabloid fodder among them. This is partly lucky that Emma Watson didn’t grow up to be Miley Cyrus, but it also has to do with the demanding nature of the roles. Ten years were spent personifying these fictional characters. Especially for the main trio of Radcliffe, Grint and Watson, they lived these parts. Watson famously cut her hair short after filming wrapped because her contract forced her to keep it long like Hermione’s. Grint mentioned in multiple interviews that he would dabble in extreme sports after his contract was fulfilled. He had previously been banned from them. So they grew up under a watchful contractual eye. This is of course discounting any impact their actual parents may have had on their personal character.

So now we’re in the post Potter phase. Daniel Radcliffe got the ball rolling by starring on Broadway in “How to Succeed in Business without Really Trying” and on screen in the horror flick “The Woman in Black.” Now we’re seeing Emma Watson’s starring moment with “The Perks of Being a Wallflower” and “The Bling Ring.” Rupert Grint hasn’t made headlines like the other two yet, but his steady list of indie credits that keeps building shows promise. His comedy pilot, “Super Clyde” wasn’t picked up by CBS for the fall lineup. But the point is that they keep working and aren’t sitting around growing bored with their fortunes big enough for a Gringotts vault.

If the current trend is any indication, the group will probably continue to diversify their portfolios, stay out of the headlines and grow more likeable with each interview. Who knows, maybe they can win some Oscars for their acting achievements. Even though it won’t be for playing Harry, Ron or Hermione, we fans will know where they learned their craft. At “the finest school of witchcraft and wizardry in the world.”

The Cookoo Watch – A Smart Way to Stay Connected