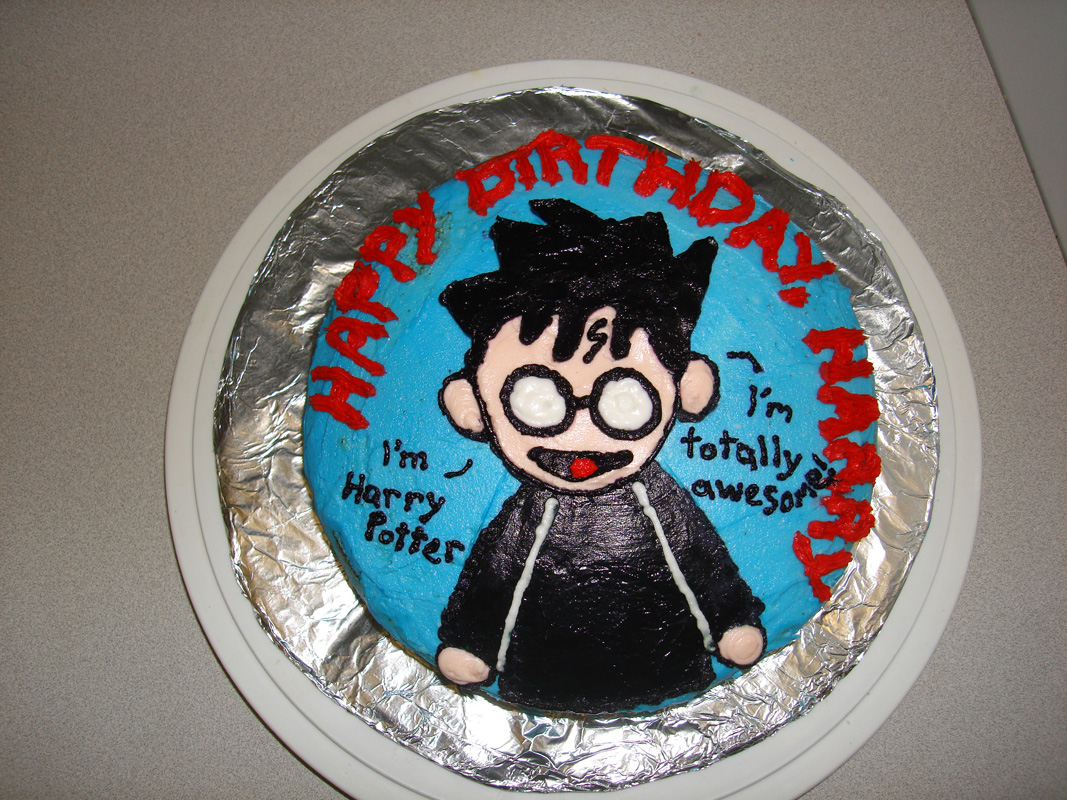 Today marks Harry Potter’s 34th birthday, not the story but the character himself. It also marks creator JK Rowling’s 49th. Now, what’s look at what these two are up too.

After a pretty rough childhood and teenage years, life has turned out pretty well for Harry James Potter. He remained very close with best friends Ron Weasley and Hermione Granger, married school sweetheart Ginny Weasley, and finally got his dream job as an Auror. He has stayed in touch with his friends and allies from the war against Voldemort, especially Neville Longbottom and Luna Lovegood.

More important than all of that though, is that Harry Potter finally got the family he always wanted. At 34 he not only has his wife but three children who are almost certainly a handful but that really should be expected when you name them James, Albus and Lily. He still has godson Teddy Lupin to keep his hands full if he has any spare time. And if he and his wife ever want a break, they have any number of loving relatives to watch their kids. A family was the one thing Harry wanted most in the world and now it’s not hard to imagine him celebrating his birthday surrounded by that very thing.

After some rough times, life has turned out incredibly for Joanne Rowling. She lost her mother at young age and spent time as  single mother struggling to make ends meet. And one day she wrote a book called Harry Potter and the Philosopher’s Stone and that struggling mother became a household name. Eventually earning enough money to lose her billionaire status by donating it to charity, Rowling is still going strong even after the completion of the series that made her famous. Her follow-up book the Casual Vacancy was very good even if it wasn’t what people were hoping for and her Cormoran Strike detective series is getting rave reviews. But she hasn’t fully abandoned the magical world; this year she published a story about Harry Potter attending the Quidditch World Cup with his family and fans devoured it as quickly and eagerly as they had any books. She will be overseeing aspects of the upcoming Fantastic Beasts and Where to Find Them film and by all accounts she isn’t ready to fully leave the Harry Potter universe. At 49 , Rowling is celebrating a life that few would have imagine for her, including herself.

The Rest Of Us

Almost every Harry Potter story starts on Harry’s birthday, with a few exceptions. Even today, 7 years after the last book, many fans are hoping for a return to Harry’s world. And even if we never get a book, what JK Rowling and Harry did was enough. Studies are showing that kids who grew up reading these books are more tolerant of other cultures and things such as gay rights and refugees. Its the exact same thing that Harry Potter would be teaching his children. And the boom of young adult literature, of readers who will wait in line for hours to be able to read a book first, the generations who remember and laugh when they realize that Fred and George Weasley threw snowballs at Voldemort and tear up when they think about how Dobby died, ‘happy’ to be with is friends, that is all Harry Potter and JK Rowling’s doing. They created a generation without meaning to. The fans love the series just as much today as they did when the last book came out seven years ago and someday they will pass it on to their kids. Some still scoff that it is children’s literature and who think it is ridiculous that readers are so attached to these books but it doesn’t matter. Eventually there will not be a child in our world who does not know their names and what they did.