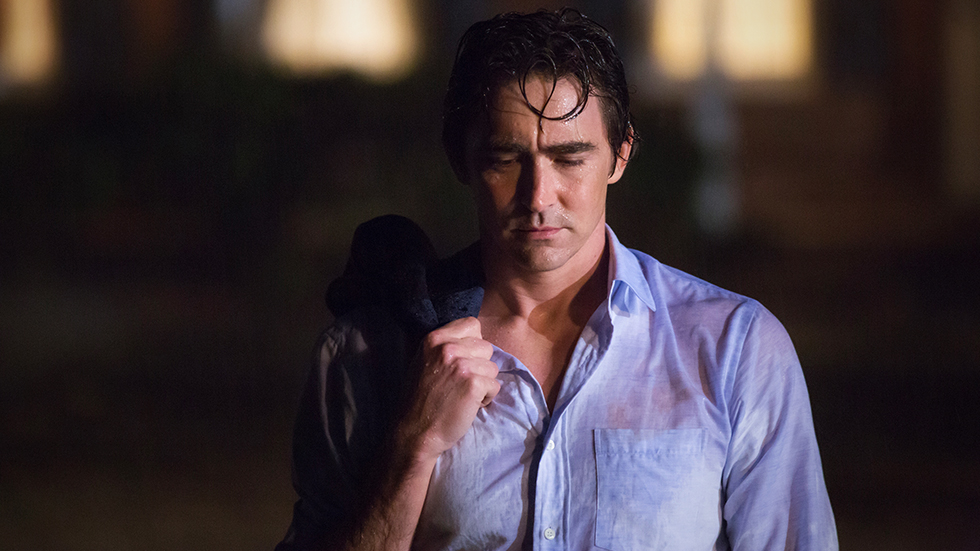 A Difference of Opinion

Much of “Landfall” surrounds an oncoming hurricane and its effect on the team as they’ve just completed the hardware configuration.  Having the LCD screens bargained for in the previous episode, they’ve now completed their framework for a portable PC, but as task is completed, must also come other, bigger headaches down the line.

While Gordon’s hardware team was sufficiently pleased with the work that they put into the structure of their PC, Cameron (Mackenzie Davis) found that augmenting the operating system in terms of giving it a more user friendly interface would give it something to set itself apart from the flock.  This process, however, would require additional power and memory out of the PC.  Gordon (Scoot McNairy), thinking pragmatically and still marveling over the accomplishment his team was able produce, with the help and backing of his wife, instead felt his work to be complete.   This head to head conflict, a struggle between the hardware limitations and the software’s potential, left the determining factor in the hands of Joe (Lee Pace), who unsurprisingly played both sides.

For much of the season, there had been a bit of internal struggle between the three protagonists as far as how much the sexual relationship between Cameron and Joe affected the work they do in the Cardiff offices and much of that came to a head in this episode in peculiar ways.

Calm Before the Storm

Donna’s (Kerry Bishe) previous friction at work seems to be something itself out albeit with some cliché underpinnings to be watched for in the future.  With a potential business trip in the works for Donna’s company and the pending revelation that Gordon was kissed in this episode by Cameron in front of the Cardiff workers, a clever misdirection on Cameron’s part I might add, makes for a misunderstanding is potentially bound to happen between our star married couple.  I have faith in the writers of the show to figure out a decent route to go with this potential subplot, so only time will tell what comes of it.

Coincidentally, with TV often being a reflection of real life, beyond the advent of reality TV, just how much infidelity really occurs on business trips that it filters down through to our media so often?  Is it a thing that’s so prevalent in the TV and movie making community that that sole experience, happening at business and social conferences that it extends to their work, or is it a wide-spread activity happening worldwide?  Please Comment.

Back with the show, the hurricane again provides an interesting set up that affords different character combinations yet again, which seems to work out in the shows benefit.  With such a large cast, the creators do a fair job of putting certain people together for extended scenes to see how their chemistry plays out onscreen and it is lovely.  Here we are treated to Gordon’s family, sans their patriarch, versus solely Joe MacMillan, as well as the head of operations John Bosworth (Toby Huss) and the future of all software engineers, Cam.

Lee Pace gives Joe a great deal of humanity in these scenes, breaking down some of the walls his character had built up around him for much of the season.  Especially relaying bits of a story of an incident with his mother as they were star gazing, what was a sweet moment told to the children becomes a tragic realization for the audience as that same tale is fleshed out later in the episode.  How much of this is true and not bluster from the ever evolving character remains to be seen, but it was greatly due for a guy who time and again seemed to be heavily unfeeling.

Caught in the storm at the offices, John and Cam share a moment, with John giving Cam some sweet advice as far as office politics work.  As much as Cam sees through a lot of the business talk that awes much of the Cardiff crowd, so too does John see through Cam’s rash actions.  Creating drama in order to get what she wants can only work but for so long and for so many occasions in her favor.  Furthermore, poisoning the well for what her illicit liaisons are can only damage her reputations and opportunity going forth especially in their relationship with Joe.

Not to forget Gordon, again finding himself in a loathsome state, found himself driving all over the state of Texas during the storm for that year’s toy craze, Cabbage Patch Kids toys.  The quiet moments amongst the chaos and the storm work well on the man whose past seems to be filled with as much mental anguish as his cohort Joe, having him go past the brink of breaking the law for the sake of his family.  It is an interesting dichotomy the show is producing between the brightness of Cameron and the dark territory they continue to foreshadow with both Joe and even Gordon.

As the show continues to have Joe teeter back into more physical relations with Cameron, the Senior Product Manager is starting to show more favor towards his software engineer as he considers what her potential UI may bring to their burgeoning pc.  The next few episodes will continue to bring these tensions to a fever pitch as more of the finished product continues create moments where both divisions will inevitably butt heads.