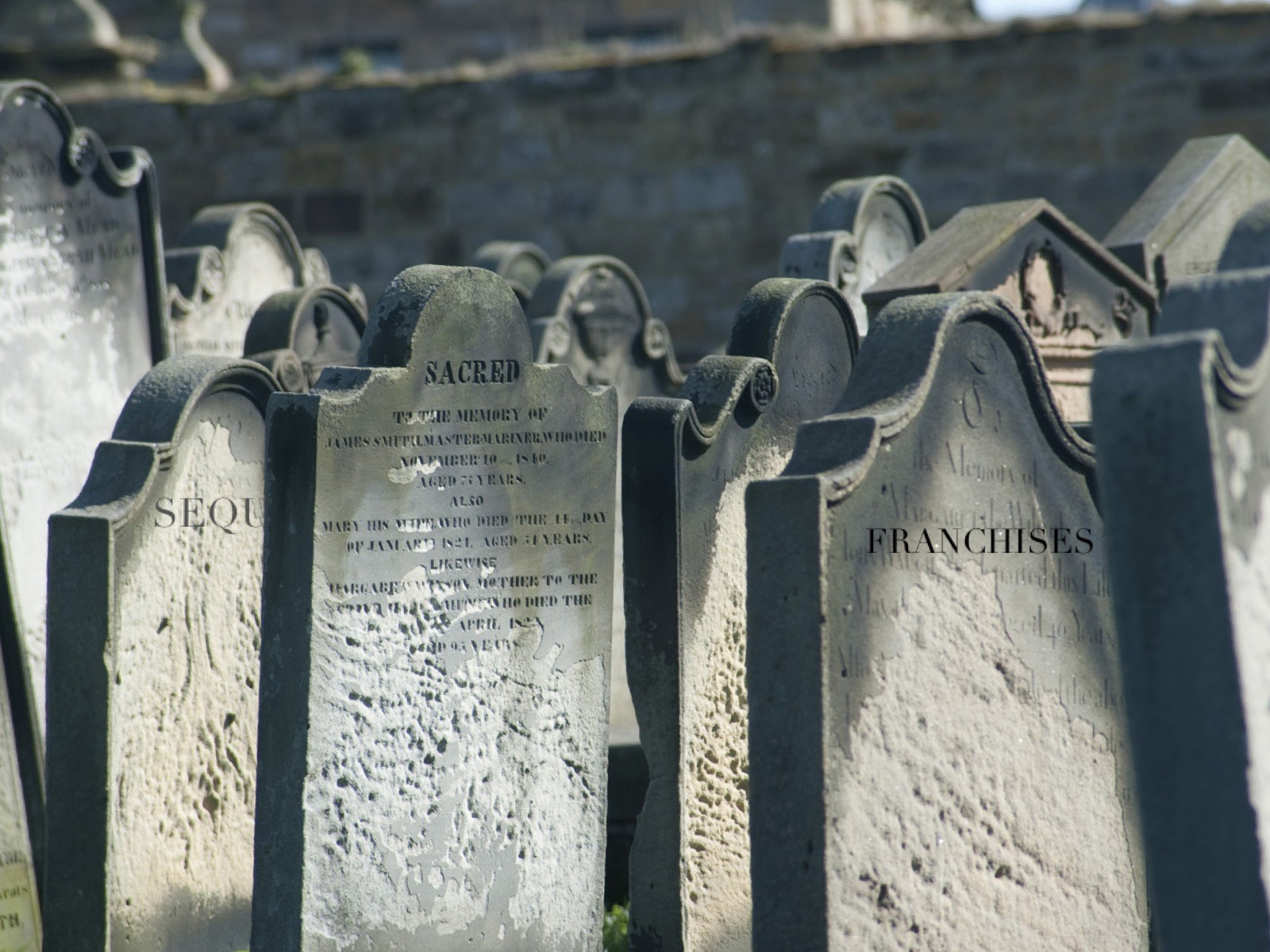 It will come one day, the rapture of all our favorite franchises. All what would be left in the wake of their disappearance are the same repetitive action films designed for the sole purpose of popcorn and passing time. That era, also known as the nineties, is in the near future if Hollywood can resist these four omens seen by sequels that came to a screeching halt or never began.

While I personally enjoyed Ghost Rider: Spirit of Vengeance, I knew it was far from a successful film. Granted, I like it when Nicholas Cage can act, or not act, hysterically and unbounded. As Shirley Shepard says in Community, “Anyone who speaks at different tones for 70 films is bound to get an award.” And with the film playing down the hero factor, because Ghost Rider is in a different league than the Avengers, the directors took a chance portraying a different image of heroism. However, the directors, cast, and crew were aware of the task at hand: selling a flaming skull hero born of eighties’ bully fashion to a crowd that had accepted Batman already as their dark hero. So they did what any privileged director buddies pampered with money would do, they had fun anyways. With a terrible script, undeclared tone, outlandish gimmicks (flamethrower pee), and outrageous acting it was as if they were making fun of the Rider. They knew the film, released in the cold month of February, was not going to generate Blockbuster success so instead of a polished product they cashed in on one last opportunity before the character reverted back to Marvel.

Not Taking the Film Seriously

We all love a campy movie. It takes a certain level of pride to continually undermine the hero but requires a parallel amount of aptitude to deliver. While Sam Raimi’s Spiderman trilogy offered just the right amount of camp with neighboring substance, some films are unable to balance the equation. Casting Ryan Reynolds as the Green Lantern seemed ideal from the start. Already stealing the spotlight in Blade Trinity and the people’s choice to play Deadpool, DC was willing to adopt the six pack stud and his comical wit into their realm. What was probably a mismatch from the beginning, the film dove too deep into campy waters. Filled with corny dialogue and tenacious attempts to implement Hal Jordan’s ironic rationality, the film never committed to the story without having to poke fun at the situation. In other words, they didn’t take the film serious. And if they weren’t, why should the paying viewers.

Sometimes Hollywood needs to hear out the belligerent fan base. Now I get it, the cinematic universe is separate from the source and has reasons to be. But then there are times when self-righteous directors and writers are too stubborn and independent and would rather compose an empty revision than to implement the original rich storyline. X-Men Origins: Wolverine was Marvel’s runaway train that nearly derailed the franchise after a previous failure. In efforts to bank on the most popular character by indulging in his forgotten past while simultaneously mining more fan favorites, Origins was set to be the invigorating comeback. However, attaching a director who was most notable for his documentaries to his first big budget project wasn’t good start. Soon after the film and story started to unravel after a well shot montage of Logan’s history in war, so did our hope for seeing his dark past. Instead we were given cliché bad government officials, badly choreographed fight scenes, and completely altered characters like Wade Wilson and Gambit involved just fit the screenplay. Ultimately, because the film didn’t follow the source, it wasn’t only a bad superhero film, but rather just a bad film.

There are some franchises that were never meant to be. They need to revolve around likeable characters to sell with an engaging story. While characters like Captain America, Iron Man, and Thor are perfectly capable of their standalone films, others falter. Such as the case for Elektra. For starters, Daredevil wasn’t a huge success to begin with. It was a good get-in-fight-get-out movie that was auctioned off so that Marvel could establish their own cinematic universe in the future. Though it left a cliffhanger ending, no one really asked for more. Then Elektra was revived from the cinematic grave in prospects for a possible female driven franchise. The end result was a dull by the numbers action flick better shelved and reserved for a throwback Thursday Marvel movie marathon. At this rate, it would seem that studios are forcefully feeding us mass processed franchises for the sake of, you guessed it, more franchises. Such trend will only lead to the critical mass of the expanding universe and the superhero movie bubble will implode. We can only hope now that studios like Marvel and DC are aware of past mistakes and can only progress from here. What else do you think can end our franchises?