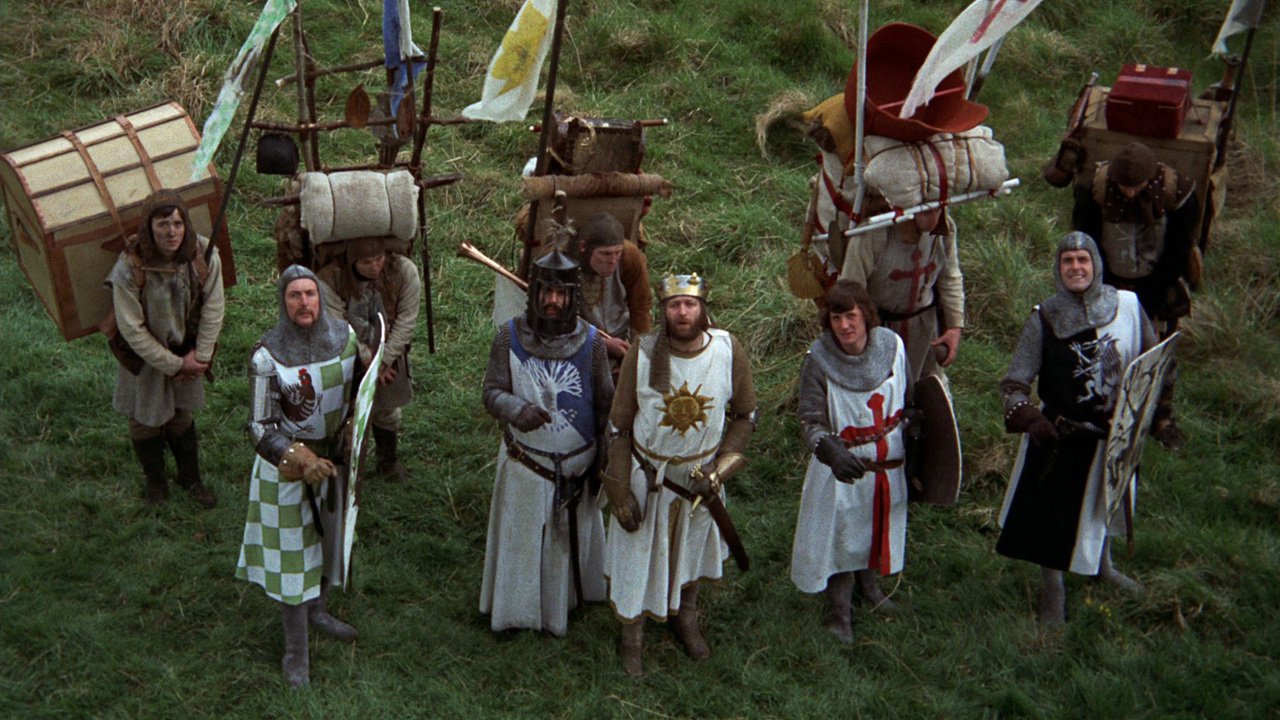 People love to make references to movies, as they are a hugely important piece of our culture. A movie’s quotability often adds to the entertainment that it gives, especially if the quote is amusing or insightful in some way. Some of the most quotable movies are cult classics, which are not popular in the “mainstream” sense but still have a large following of devoted, adoring fans. Here are four of these to add to your collection. 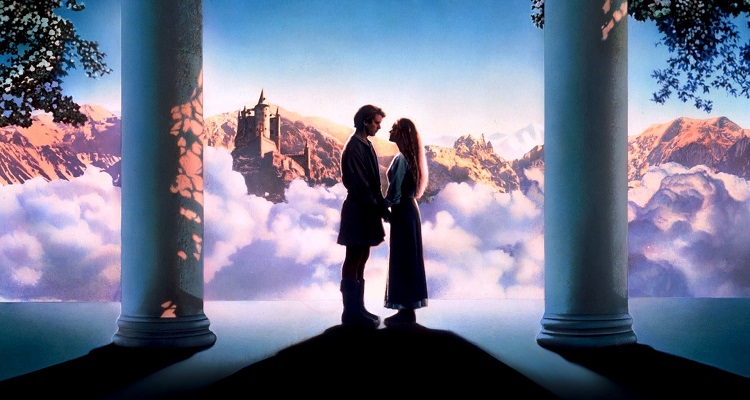 Anyone who is a fan of cult classics has probably seen or at least heard of The Princess Bride. Now, the title may not be all that appealing (it wasn’t for me when I first watched it), but this movie sure brings out the big guns when it comes to hilarity and quotability. Some of these quotes include “You keep using that word. I do not think it means what you think it means,” “Hello, my name is Inigo Montoya. You killed my father. Prepare to die!” and “As you wish.”

This movie, which includes acclaimed actors such as Cary Elwes, Robin Wright, Wallace Shawn, and Billy Crystal, is good at tugging funny bones. Much of the plot is laughable and silly. The movie itself is a spoof on medieval, princess, and romance movies. As Peter Falk, who plays the Grandfather and the Narrator, says in the beginning, it has, “Fencing, fighting, torture, revenge, giants, monsters, chases, escapes, true love, miracles…” And yes, it does have every one of those things in it. Also involved are many unique characters, all amusing in their own ways, from a revenge-bent Spaniard to a cowardly prince.

This movie is quite enjoyable. So if you want to have a fun time during your next movie night or just want another quotable cult classic to add to your collection, I highly recommend The Princess Bride.

Monty Python and the Holy Grail 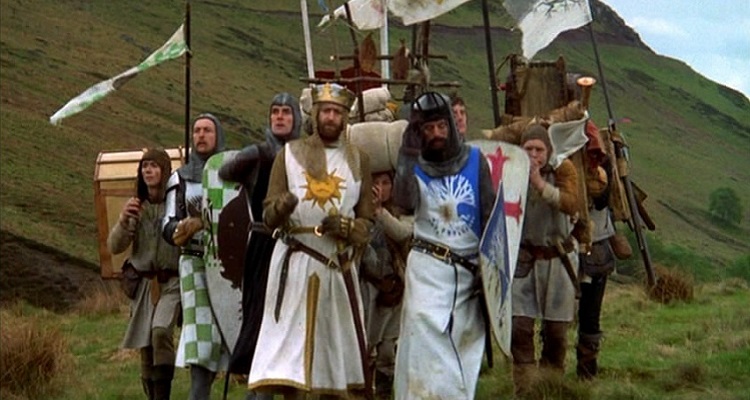 This movie is probably one of the most oft-quoted British movies I have ever seen. The entire movie is almost one giant string of quotable lines, and there are likely those who have memorized the whole script. As the title indicates, Monty Python and the Holy Grail is a King Arthur movie–or rather, a spoof. Jam-packed with crude humor, hilarious one-liners, and satire on everything from religion to history and government, this is definitely a movie to watch if you like Monty Python’s British humor or King Arthur (or both). Plus, the ending is priceless. 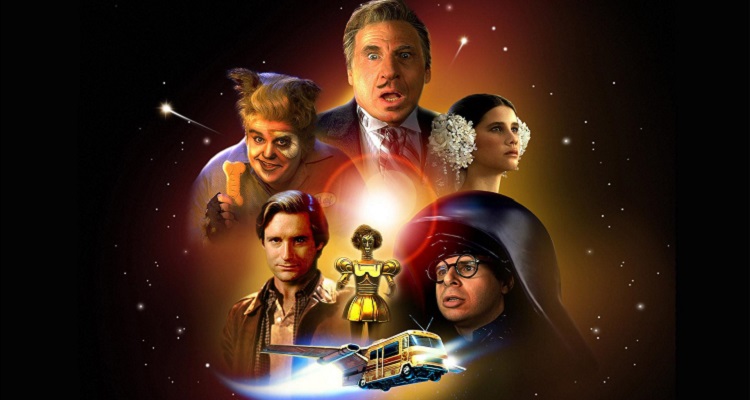 A parody of Star Wars, this Mel Brooks film takes the famous sci-fi series and flips it on its head. It condenses the entire original trilogy into one movie and mashes Luke Skywalker and Han Solo into one character named Lone Starr. It shows you that Dark Helmet’s dark helmet is just that: a dark helmet, the front of which can be raised at any time to reveal a bespectacled not-so-tough guy. Lone Starr must to find and rescue Princess Vespa, learn about the Schwartz (the Force) from a gold-painted dwarf named Yogurt, and stop the evil Dark Helmet and President Skroob (Mel Brooks) from sucking up all of Princess Vespa’s planet’s precious air for themselves.

Along the way are boatloads of hilarious one-liners like “I see your Schwartz is just as big as mine,” “Let’s take a five minute break. Smoke if you got ’em,” and “They’ve gone to plaid!” So if you’ve seen the original Independence Day (the president is actor Bill Pullman, who plays Lone Starr in this movie) or Star Wars, add this film to your quotable cult classic watch list. 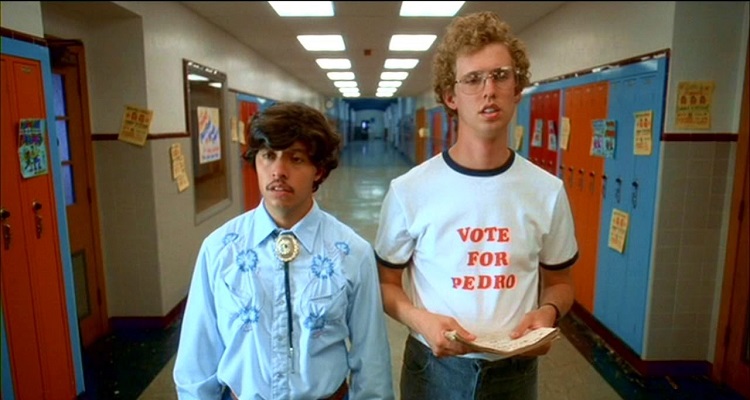 At first glance, this movie’s plot seems absolutely pointless. It tells the tale of the titular Napoleon, an imaginative, loser-type high school kid with huge hair and huge glasses and a name that’s guaranteed to get him teased (though no one ever does). His brother Kip, who is 32 and unemployed, spends all his time on dial-up Internet chat rooms with “babes” and has an unforeseeable dream to be a cage fighter. The brothers’ grandmother is injured in a quad-bike accident and asks their stuck-in-the-past uncle, Rico, to look after them. However, all he does is eat all of their steak and drag Napoleon along with him on door-to-door salesman gigs.

Napoleon makes friends with two classmates named Deb and Pedro, and the three, along with Napoleon’s odd family, bring on the one-liners and hilarious quotes, from “Just make yourself a dang quesa-dilla!” to “Girls only want boyfriends who have great skills” and “I like your sleeves.” So if you want to watch a high school spoof movie, pick up Napoleon Dynamite and get ready for lots of abstract nonsense and hilarity to ensue.

These are by no means the only or best cult classic quotables, but they are certainly great for a movie night. So if you’re a film fan, these are definitely shopping list-worthy (and they’re cheap, too!).