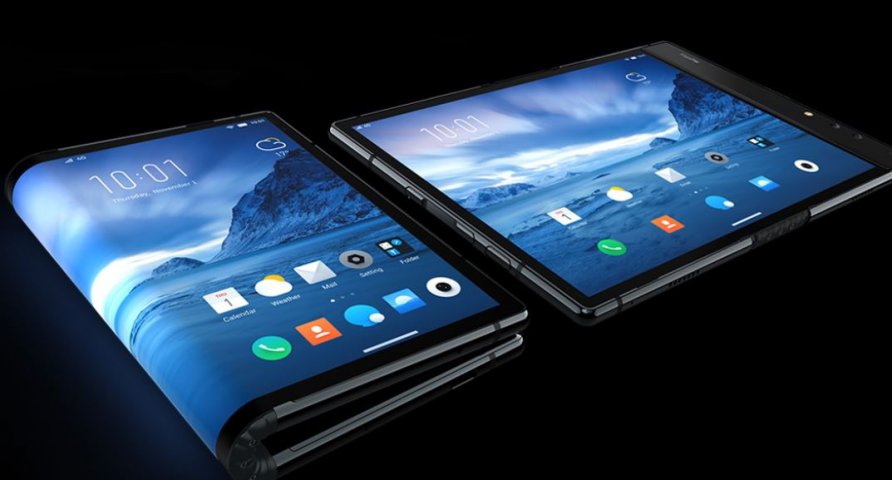 Smartphones are innovating rapidly, and technology around us is taking a new shape of digital reality. But, did you ever wonder how these phones are evolving in the blink of an eye? Every innovation indicates that old technology will fade away, and new intelligent devices will take its place. But what about flexible display smartphones? Are they still relevant in 2022? In the last decade, we have seen different displays of phones: inbuilt projector, retina display, hand in gesture, laser keyboards & flexible displays.

Nobody can say which will last, but flexible displays are probably one of the most intriguing concepts in the innovation of shows. Today we don’t see these flexible displays in smartphones anymore. Tech giants are creating them, but they don’t get that hype. They are considered to be expensive and have comparatively fewer attributes. In this article, you’ll learn whether flexible display smartphones are still relevant in 2022. So, without any ado, let’s dive into the topic.

The traditional screens of smartphones are rigid because of the glass layer used in their manufacturing. But with technological innovation, smartphone manufacturers have successfully eliminated this screen by melding it into a skinny layer to the point where it becomes flexible. A thin plastic coating is applied afterward to the screen. Glass protection is also used in modern solutions.

The Need for Flexible Display Smartphones

Flexible screens are beneficial in so many ways. They are easy to carry and allow the device to be stored in a smaller place, such as a pocket while giving a larger screen size for viewing media. But is this the only reason to produce them? As everybody asks this common question of reasons for creating flexible displays in the comments sections of every tech site and forum. The following are some reasonable explanations:

Flexible displays provide a higher level of durability than typical glass displays since they use organic light-emitting diodes (OLEDs) manufactured of plastic. In other words, it reduces the possibility of your smartphone’s screen shattering when you drop it.

Weight of the Smartphone

Everyone prefers a lightweight phone. Plastic is lighter than glass. And the weight of a plastic screen smartphone is less than that of a glass display smartphone of the same size due to its atomic composition. The device can be made lighter by using plastic OLEDs

Eliminate the need for Tablets

Many people use tablets, whether it’s the kids playing games or adults watching videos. But with the flexible display smartphones, there is no need to buy a tablet. Instead, we can use them as both a phone and a tablet simultaneously, regardless of the technology they employ. It is mainly because flexible screens of smartphones allow us to better “distribute” the mobile screen and change it into one with double the size.

The Power of Multitasking

The world has become the village of the internet. You can study, write and shop on the internet, and you can play real money slots online. However, with this advancement of the internet, people need to multitask some chores. Flexible smartphones can take multitasking to a better level by allowing users to run three screens simultaneously. The enormous screen size of these gadgets also eliminates the need for users to squint to see information on-screen.

While multitasking on a typical smartphone, most users will likely need to do this. Consumers who use their smartphones for work can operate three apps at once on a tablet-sized screen, which might be a game-changer. For example, you can participate in a live meeting on one app while taking notes on another.

We haven’t seen flexible phones in the last few years, but they are trendsetters. Their durability is an open secret, and they inspire many tech manufacturers. They are developing compatible technologies. After the success of these smartphones, Stanford University researchers have decided to work on developing flexible translucent batteries. The Korean Advanced Institute of Science and Technology also expanded flexible RAM modules after successfully launching flexible display smartphones.

After a few years, technology modifies itself and launches a model similar to the old one with more features and sustainability. Flexible display smartphones are also the result of this modification. Flip phones were the heartthrob of everyone in the early 2000s.

The design of flexible display phones is unique and quite appealing, but if we talk about its software and adaptive features, there are many improvements. It’s not easy to make a device that simultaneously works as a phone and tablet. But Google took some steps to improve the technology after the launch of Samsung’s Infinity Flex, whose mobile operating system is designed to handle the shortcomings of these phones.

Google is finding new ways to improve flexible technology and altering the models of single bending displays and those with a larger screen hidden behind a clamshell, similar to Samsung’s model. Experts say Android’s backend nuts and bolts are ready to handle whatever manufacturers throw at it. For example, when we flip one screen to a larger one, all app icons and user interface elements adjust to the new space.

Unfortunately, this flexible display technology is still facing some issues. But it’s up to the Google developers that are improving the designs and bringing advantages to being able to pull out a more prominent display on the move, whether it’s for viewing a video, sending messages, writing notes, or simply giving your games an additional screen.

Plastic polymers were used to manufacture flexible display screens as glass is exceedingly inflexible and breaks. They were initially utilized because they are lightweight and flexible, but as the technology innovated, polymers were discarded as they were more prone to scratches and blemishes than glass displays.

Samsung has successfully launched its Galaxy Z Flip in 2020, and Samsung described it as “a leap from polymer screens to ultra-thin glass”. Even though the Samsung Galaxy Z Flip has a soft, scratchable plastic coating on top, the display’s main component is glass.

How is the Flexible Display Market going?

The demand for Large Screen Phones

Larger screens for smartphones are a new sensation and have a strong tendency. So the screens of phones are growing bigger and bigger. Huawei recently launched a 6-inch phone display, and people tend to like that, which predicted the success of flexible display smartphones as they could have more giant screens and are easy to carry.

There is, without a doubt, a strong tendency toward larger screens.

People like large-screen cell phones, but they are already too massive for some people, even though they sell well. They are hard to hold up to your ear and impossible to cram into your back pocket. So, a display that wraps around the device, folds, or rolls up would provide more space without adding bulk. Apple and every other tech giant are under pressure to expand the screen size. So, there’s a considerable probability of flexible display smartphones being in the market again.

Samsung disclosed its intentions for new gadgets shortly at “Analyst Day”. They planned to launch the new flexible screens but haven’t finished their work yet. For flexible smartphones to get substantial hype, Samsung announced: “technological limitations” that must be overcome. Let’s look at each of these technological stumbling blocks one by one.

As recent advancements in systems, applications, and technology increase the problem of memory bottlenecks, memory scaling has become problematic. The fundamental restrictions on a design from an architectural standpoint are energy usage. Additional memory expansion is also costly. To provide additional gadget flexibility, newer solutions and memory architectures are required.

2. The Rigidity of The Battery

One of the most prominent challenges for smartphone manufacturers is the battery architecture, which is inherently stiff. The organic straight design of traditional lithium-ion batteries that power today’s smartphones have no flexibility option. Actual flexible phones will remain a distinct possibility until this bendable component is discovered and capable of producing usable batteries.

The connecting circuits are almost as critical as the batteries in a battery puzzle. The board, which can accommodate additional components, is built of silicon, which limits its flexibility. Manufacturers face difficulty developing low-cost organic circuit alternatives to replace traditional silicon circuits.

The organic light-emitting display (OLED) is susceptible to oxygen, moisture, and water and is also vulnerable. Manufacturers face difficulty keeping the flexible OLED display sealed against corrosive environments while allowing it to bend.

As OLED imaging demands more current than typical liquid crystal imaging, the TFT circuits that power the imaging medium are put under much strain. Smartphone manufacturers must develop more innovative solutions to ensure that gadgets perform with less power.

Traditional smartphones or tablets have similar functions and are less expensive than flexible display smartphones available in the market. Standard smartphones with identical specifications are available for less than half the price of the Samsung Galaxy Fold.

Despite these shortcomings, a flexible display phone is a new generation of smartphones and is here to stay. Smartphones will not be the only devices with flexible displays. If manufacturers can overcome technological and physical hurdles, this technology will undoubtedly find its way into other devices like tablets, laptops, watches, and even televisions.

Imagine being able to fold or store your household appliances. Isn’t that exciting right now?

Flexible smartphones allow consumers to acquire a screen twice the phone’s size, removing the need to buy two different devices (a phone and a tablet). Furthermore, as previously said, history has consistently demonstrated that technology improves and becomes more advanced with time. Therefore, tech experts may overcome these shortcomings of flexible display smartphones as the technology underlying them improves.

Nowadays, our life is interconnected with smartphones, laptops, and tablets. In this digital era,  innovations like flexible display smartphones would radically change the world.