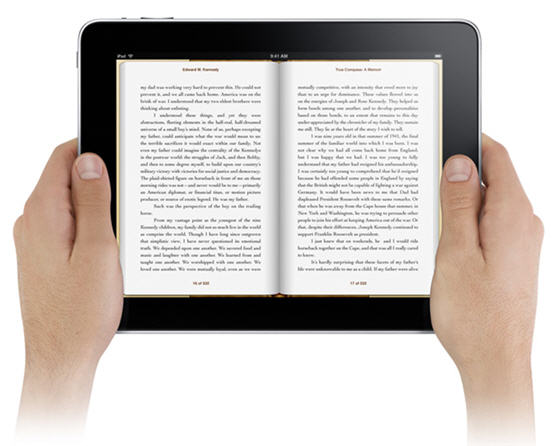 As the holiday season draws ever nearer, some of us are scrambling to find last minute presents for loved ones that can still arrive in time for Christmas morning. If you’re one of those facing down the clock, something you might be overlooking is an eBook– easy to purchase and guaranteed to arrive on time. eBooks are compact, inexpensive, and are easy for your friend or loved one to access any time, anywhere. Does your geek not own a Nook, Kobo, or Kindle? That’s okay– if they own a tablet, a phone, or a personal computer, there are still plenty of ways for them to read an EPUB file on their other device. All five of these books are must-haves for any speculative fiction lover’s collection, no matter what sort of book they like to read, and will save you on shipping fees.

The Mysterious Island by Jules Verne

A science-fiction classic, The Mysterious Island is a sort of quasi-sequel to Verne’s other novels, Twenty Thousand Leagues Under the Sea and In Search of the Castaways, taking place on the mysterious Lincoln Island. Half sci-fi, half mystery, the book follows the adventures of the five American escapees of the Civil War who crash-land on the island, and must use only their wits and the island’s resources to survive– but a mysterious presence inhabits the island, influencing events for good or ill. (And did I mention there are pirates? And two adventure games inspired by the book?) Might as well pick up a copy for yourself while you’re gift shopping– the Illustrated Classics eBook edition is completely free on Amazon.

If you’ve been following Neil Gaiman’s twitter recently, you’ll have been among the first to know that the eBook of Gaiman’s fairy tale Stardust is currently undergoing a special holiday sale, making it available for only $1.99. Perfect for younger family members or anyone who enjoys a good bit of faerie magic, the book follows Tristan Thorn, a shop-boy in the village of Wall, as he attempts to bring back a fallen star to win the heart of his love, Victoria, while battling magic, sky pirates, witches, and the attitude of a rather indignant star. A Gaiman classic and a great fairy tale for any reader who enjoys clever fantasy.

Containing not one, not two, not three, but all five original books in the hilarious Hitchhiker’s Guide trilogy, The Ultimate Hitchhiker’s Guide is the ultimate gift for sci-fi and comedy fans. The beloved series is a science-fiction classic, and would be a great gift for either new readers or old fans who always know where their towel is. It also features an introduction by Neil Gaiman and Douglas’ short-story “Young Zaphod Plays it Safe.” Take a tour of the universe with baffled Earthman Arthur Dent, his friend and Guide-researcher Ford, last woman alive Trillian, two-headed wildman Zaphod Beeblebrox, and their depressed, sarcastic android Marvin.

All Five A Song of Ice and Fire (Game of Thrones) Books, by George R.R. Martin

Need to do some last-minute shopping for a fan of HBO’s Game of Thrones? This eBook collection comprising of all five current titles in the series will let them relive all the action and tragic deaths from the current seasons, plus extra intrigue and excitement as yet un-aired. This collection is a great gift not only for fans of the show but for readers who enjoy high fantasy or who are especially fond of book series’ with excellent world-building. And let’s be honest– with Game of Thrones not returning to HBO until next March? Chances are you know someone who could desperately use this collection, before they go as batty as King Aerys.

John Dies at the End by David Wong

Got a geek whose taste runs closer to the strange and gory rather than to the fantastic or futuristic? John Dies at the End, written by Cracked.com’s executive editor, Jason Pargin, is a lot like what Innsmouth would look like if it was a Kevin Smith movie. Its two protagonists, Dave and the titular John, begin to encounter twisted and horrifying monsters and demons after an encounter with the mysterious drug “Soy Sauce,” which has the side effect of giving them temporary psychic powers. With enough of a creep factor to make you double-check behind you while reading and a charming, immature sense of humor, is a book fans of the paranormal will enjoy without the need to take themselves too seriously while reading.

Got another suggestion for an eBook that would make a great last-minute gift? Would you love to get one of these gifts? Do you have an opinion on any of the books on this list? Help us and fellow gift-givers out by letting us know your thoughts and suggestions in the comments!