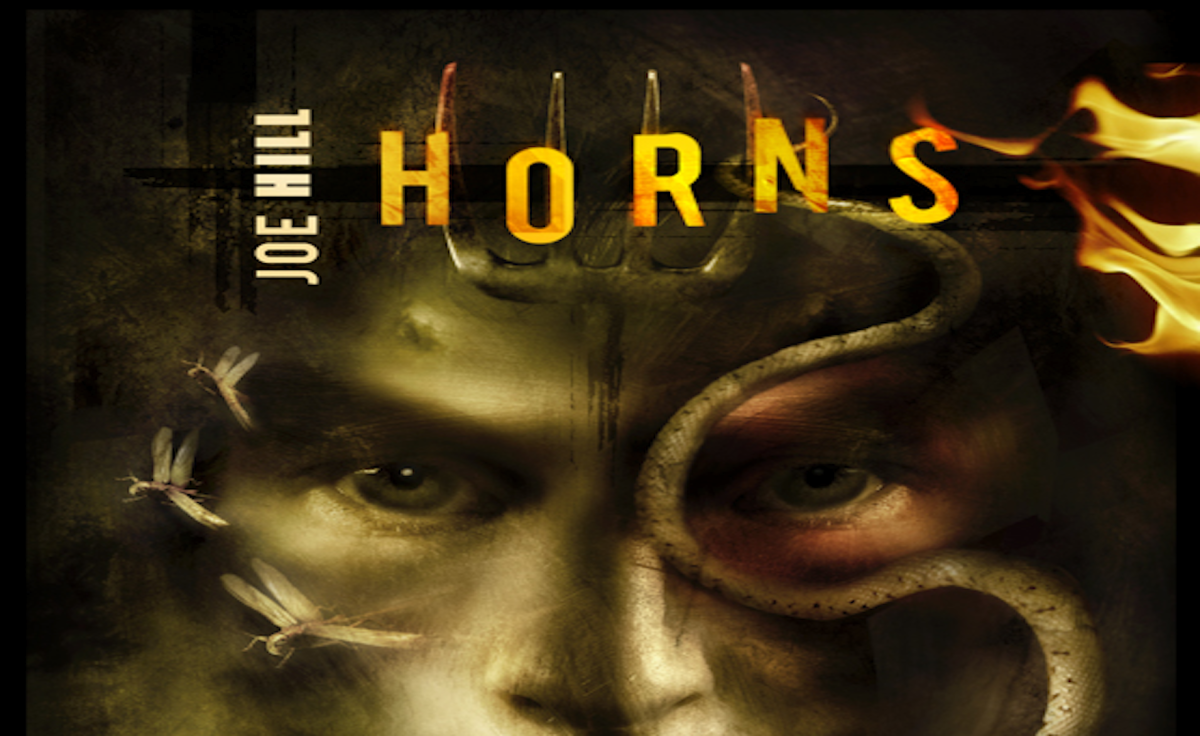 Joe Hill’s novel Horns was published in 2010. The movie was filmed and even shown at various festivals in 2013. And now, finally audiences can get a chance to see it. Sometime.

Horns is the story of Ig Perrish, a twenty-something man who is still recovering from the murder of his girlfriend one prior and the fact that everyone thinks he killed her. And now, a year later he wakes up with devil horns on his head and the horribly useful ability to hear everyone’s deepest sins and desires to him. The books is brilliant with an entirely unique plot, a perfectly unreliable narrator, and language that is both poetic and real. It’s a no brainer that the story would be picked up for a film and in 2012 it was.

Then, in 2013 it was filmed. Daniel Radcliffe took on the role of Ig Perrish with Juno Temple as his deceased girlfriend, Joe Anderson as Ig’s older brother and Max Mingella as Ig’s childhood friend. Everything about the movie looked good even though hopeful audiences were given little information.

And now, finally, we’ve got something.

Horns have been set for a release date of October 31st and there’s even been a poster released. Unfortunately, it doesn’t have Daniel Radcliffe in Ig’s best outfit- a miniskirt and black overcoat (a look that may shock die-hard Harry Potter fans). Fans were even lucky enough to get a trailer that has everything the book did; good music, haunting shots of Juno Temple as the girlfriend, confusion, snakes, and some pretty killer horns.

While we still have a few months until we finally get to see Ig on screen it’s nice to know it’s coming. And, even better, nice to know it looks good and has author Joe Hill’s stamp of approval.