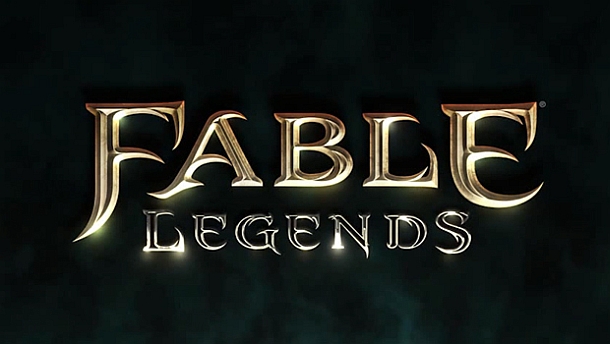 Microsoft have said a lot of things, since revealing the Xbox One. None of those things have seemed to thrill most of the Interwebverse (which is what the Universe would be if it was made of the Internet and spiders). That is, until now- Fable Legends is coming exclusively to Xbox One.

Fable Legends Exclusive To Xbox One.

The announcement of an Xbox One exclusive online “Fable Legends” game has to be one of the major highlights of Gamescom. Sure, it’s not Fable 4. But this may prove to be an announcement that could win back some support for Microsoft. It’s certainly making me re-think that whole “We’re breaking up, Xbox” thing.

But is Fable Legends enough?

Microsoft seem pretty confidant with their choice by securing domain names for Fable Legends (if that doesn’t show commitment, then I just don’t know what does). As always, not all of the details have been released because if they were, then we wouldn’t get the fun of speculating about how things will work. Before we get into a lather, by complaining about stuff that hasn’t happened yet, let’s watch the pretty trailer!

On to the lathering!

What we know, or think we know, about the Fable Legends game so far-

-From the trailer it looks like you’re going to need to choose a spec or class.

The Good: Roll magic class! If Fable Legends is anything like the previous Fable games, then the magic spec will be the most useful. Problems solved!

Chances are though, that Lionhead aren’t going to let that happen. All of the abilities should allow a player to move around the world, no matter what their preferences are, without dying just because something sneezed on them. It is however an interesting departure from the idea that you’re playing as a Hero who has the ability to master all 3 of the abilities.

The Bad: There’s always been an element of freedom in being able to choose the ability you feel most comfortable with, or going Jack (or Jill) of all trades, in the Fable Universe. While it would serve a purpose during online games, the limitations of only training in one Skill can sap a game of it’s fun.

The Good: It looks as though SmartGlass is going to be integrated into the game play. This isn’t surprising. Microsoft seemed pretty enamored with players not just playing on the television screen in front of them.

In a lot of ways, this is a clever use of the technology. It’s even been mentioned that as a Villain (because we don’t all want to be Heroes, some of us want to drive the Hisstank) you could control your orc armies against any unwitting Heroes that cross your path, possibly, through the use of the Smart Glass.

The Bad: If they use the SmartGlass for anything too indepth in the game play, it could be a little fiddly. While the use of SmartGlass would be great for checking inventory, or looking at a map. Using it to control an army or do any major battle plans could be just too bothersome.

The Ugly: I have a big screen TV, just so I can play video games. I don’t need a smaller screen to do it. If I wanted to tap at a screen while playing a video game, I’d play Candy Crush.

The Good: It’s online and you can play with your friends, with up to a party of 4 allowed at any one time.

The Bad: It’s online and you might not have any friends. Or you have friends, but not enough to make up a party of 4. Sure, you can choose the AI option, but that makes you sad.

The Ugly: It’s online and you hate people, especially when it makes up a party of 4. You hate AI only just slightly less than you hate people. Why can’t you just solo it like a wolf?!

As I’ve said, majority of this is just speculation. There’s still a lot more to see before there’s any real verdict on whether the game is worth getting.

For the devout fans of the Fable franchise, this is an exciting development (even if I do hate people. Except you, dear reader, you’re the exception in a sea of idiots who can’t work out how traffic lights work). Yes, the Fable franchise has not always served us in exactly the way we want it to. Yes, I would have preferred a Fable 4. No, I don’t think it’s wise to be console exclusive with any game. But, as long as Lionshead brings me random villager quotes, silken tofu and excellent British voices…. Then they can shut up and take my money.

And Xbox One? I’m going to say something to you, that I’ve never said to any ex ever- “Let’s be friends”. You have Project Spark, Titan Fall and Fable Legends. I still don’t want to line up for any midnight release for you, but you can hang out in my lounge room at a later date.