Exclusive Interview with Peter Simeti, Creator of ‘The Chair’ 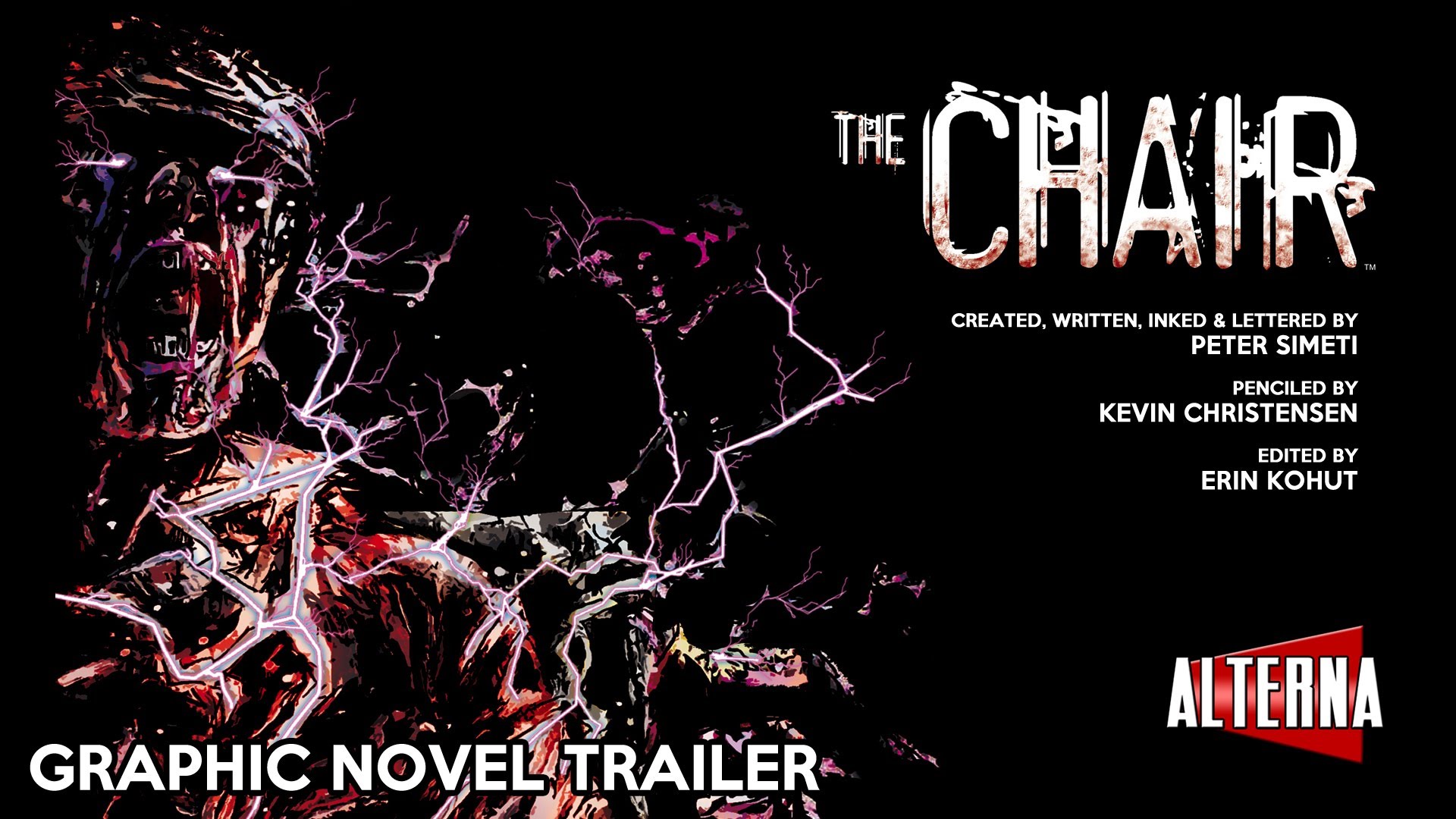 Put an innocent man in death row, pair him up with a psychotic and sadistic Warden, add in torture, murder, gruesome brutality, and what do you get? The plot for The Chair. A cult graphic novel from 2006, The Chair is equal parts horror and psychological thriller and is now in the process of making it to the big screen. On July 25th, after the movie reached its target crowd-funding goal on Kickstarter, we talked to its author Peter Simeti, founder and owner of New York Times Best-Selling publisher Alterna Comics, about all things The Chair. Read on for exclusive information and don’t forget to check out his artwork on Etsy!

First of all, congratulations on the successful funding of The Chair movie on Kickstarter! How are you feeling about it at the moment?

Thanks so much! Seriously, I don’t think it’s caught up with me yet. I’m in that state where I’m aware of what’s going on and I am super appreciative of it… but the true reality of the situation hasn’t caught up yet. Ask me again on July 30th (when the Kickstarter ends). Haha.

So let’s talk about The Chair. Why horror? Why a graphic novel?

Because I love horror! Such a great genre with so many classic films. Horror presents a chance to be inventive and creative but simplistic at the same time. And a graphic novel because that’s what I’ve wanted to make my whole life. I love comics and the whole idea behind visual story-telling (which fits well for films).

In the teaser video, you say that monsters (like vampires and zombies) are “reflections of society.” You’ve also mentioned several times before that The Chair came into existence because of your idea of having a morally ambiguous character. Please tell us more about this.

Well I really like the idea of a character you love to hate. A character that’s charismatic and you recognize that they’re evil – but they’re so magnetic and likable that you can’t take your eyes off of them. Those characters are just some of the most intriguing in comics and film.

Had you thought about making The Chair into a movie when you were writing it? If not, how did this idea come about?

Honestly, no. That was the last thing on my mind. Just getting from page to page was enough. We didn’t think about adapting it to film until about 2 years after the book came out and we started getting production companies asking about it.

We know that you didn’t do the scripting for the movie, but we hear that you have still been very involved with it?

Yep, I worked closely with screenwriter Erin Kohut and was more of a script supervisor in some ways. The whole thing is based on the graphic novel that I wrote, but the film definitely has some more depth to it. And as far as the cast for the film goes, it was a long BUT fun process to cast all the parts; a true privilege!

Did you, or do you, have any concerns about having The Chair adapted into a movie? What are some of the challenges that you, as the original creator, have faced during the movie making process? 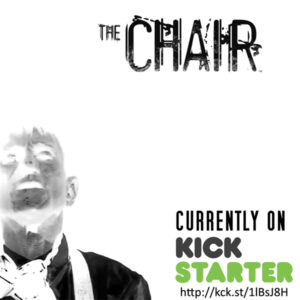 are always a challenge because you don’t want to let readers down but at the same time you don’t want to regurgitate exactly what was in the book and leave no surprises on the screen. So it’s tough finding a balance between the two but I’m happy to say I think we found it.

Tell us why you decided to go with Kickstarter to fund the project. Did it have anything to do with you having started your own publishing company straight out of college?

We wanted people involved with this film and we wanted people to feel involved with creating it. Crowd-funding is a truly unique experience and provides such a community aspect to the whole thing with everyone pulling for each other and ultimately for the project. We’ve come across a lot of awesome people because of this campaign and I’m so grateful for that.

Speaking of Alterna Comics, though, you mentioned in your early interviews that after Spectrum, you’ve decided not to venture into writing any superhero brand comics. Has that feeling changed since?

I never say never! Even though I just did… but we’ll ignore that.

So what do you think the future has in store for you, Alterna, and The Chair?

Lots of great things, of course! …and hand cramps from the 1000+ sketches and signatures I’ll be making in the next few months, haha.

Quickly getting back to our main topic now, what is one scene from The Chair that you’ve been really looking forward to seeing on the big screen?

Ooohh… there’s so many. Really looking forward to this one scene in particular that’s more fleshed out in the film. It’s when Sullivan (played by Brian Thompson) first meets the Warden (played by Bill Oberst Jr.) it’s going to be great!!

And at last, the question everyone’s been waiting for, when IS The Chair coming out? Also, is there anything else you would like to add, or say to your fans?

As of now, we plan on filming in the fall with a *hopeful* release date for Summer 2015 but it might be Fall 2015 depending on distributor schedules. It’ll be their call at that point.

I’d like to give a tremendous thanks to the 400+ backers that have supported us on our journey and we can’t wait to make you all proud!