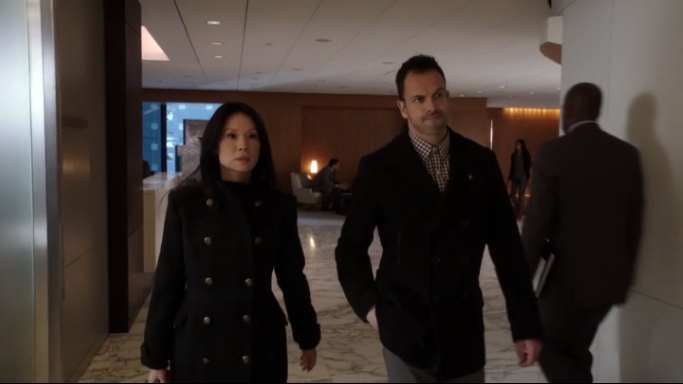 Elementary returns to its normal episode format this week, right in time for the December break. The developments from the last two episodes, however, are still on everyone’s mind, especially Sherlock’s. Bell has returned to work, but his arm is still hurt and it looks like he’ll be facing a desk job from now on. Sherlock seeks out his recovery sponsor Alfredo, trying to understand why the guilt still persists in nagging him, despite being positive that he didn’t make any wrong choices in the investigation of James Dylan. Alfredo tells Sherlock that he’s grown since his addiction– justifying his actions may have let the “old” Sherlock feel guiltless at Bell’s misfortune, but not anymore.

Joan and Sherlock are brought in to help investigate the murder of Donald Hauser, an investment banker who was recently discovered to have embezzled thousand of dollars from his clients. Joan is surprised to run into Chloe Butler, a past client of hers from her days as a sober companion, who was working as a personal chef for the murder victim. In private Chloe explains that she’s very protective about her past, and avoids revealing she was an addict when she can. Due to their confidentiality agreement, she’s not allowed to tell the police that she knows Chloe, but receives permission to reveal their connection to Sherlock.

Chloe’s recollection that Jacob Weiss, director of a non-profit that tries to connect Holocaust survivors with financial recompense, was the last man to see Hauser alive leads them to question him. Weiss claims that despite being a client of Hauser’s, he felt no ill will towards the man– the non-profit’s finances weren’t jeopardized and Hauser offered his services free of charge. Out of leads, Sherlock reaches out to Rosalie Nuñez, the journalist who broke the story of Hauser’s embezzlement– only to receive a call that she’s been murdered too.

Joan and Sherlock have to reorganize their assumptions about the case: after all, if this was revenge against Hauser for his embezzlement, why kill the reporter that broke the story? The investigation of Rosalie’s apartment reveals two things: first, her laptop has been stolen. Second, Osage orange sap on the broken-down front door. This second clue leads them to a park nearby where cellphone footage divulges to Joan another familiar face– Nelson Maddox, an ex-boyfriend of Chloe’s and high-class drug dealer. Chloe identifies him as an associate of Hauser’s, but forbids Joan from disclosing this information to the police. To do so would mean revealing her history as an addict– and compromising the custody battle she’s in over her son. Since Joan signed a confidentiality agreement, they are forced to find another way to link Hauser and Maddox, much to Sherlock’s chagrin as Joan reminds him what happened to Bell last time they played fast and loose with legalities.

Sherlock has something else on his plate besides– Alfredo has decided Sherlock is ready to become a sponsor himself. His desire to help Bell, Alfredo says, means that he’s ready to start giving back. He introduces Sherlock to Randall. Sherlock leaves, conflicted. 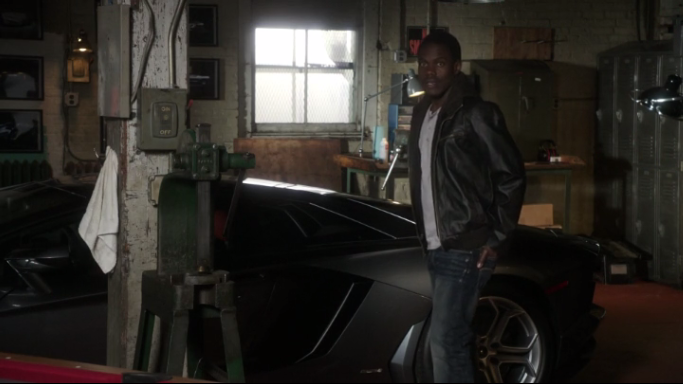 They put Maddox’s picture out on the news without his name, asking for information on a suspect. That search yields a link back to Weiss, who admits having met Maddox at a fundraiser. He confirms Maddox was Hauser’s client and was involved in the art world, which leads Joan to connect him with the only gallery on Hauser’s client list,. Since his name was not associated with the gallery, she thinks that Maddox was a silent partner. They investigate the gallery– and find Maddox’s body in the dumpster out back. Gregson finds the murder weapon from both murders in Maddox’s car, but questions are still unanswered– they have motive for Hauser’s murder, but not for Nuñez’s, or a motive for stealing her laptop. It’s possible that Nuñez discovered something incriminating linking to Maddox, but if the only connection between the two was this gallery, what could be suspicious? They also don’t know who killed Maddox.

In the gallery, Sherlock notices something suspicious. The dots that mark sold paintings are equidistantly spaced all around the room– much too regular for if they’d actually been sold. And if they haven’t been “sold,” but money is still coming in for the pieces, the gallery is likely used to launder money. He asks the gallery assistant to look up the names of everyone who has “bought” these sold paintings. He realizes he’s seen all of these names before– on the monument representing Holocaust survivors helped by Weiss’ non-profit.

They confront Weiss and explain that they have contacted several people on both the non-profit’s helped list and the gallery patrons’ list, and discovered many of them did not know they had been awarded settlements, or were in fact dead. Weiss had been Maddox’s business partner, receiving settlements in the name of the survivors and then laundering it through the gallery. Hauser realized what was going on and, when his own scandal broke, warned Weiss that he was going to expose the gallery as well, leading Maddox to kill both him and Nuñez, and Weiss to kill Maddox when he was identified by the police.

Sherlock decides Alfredo is right, and accepts sponsorship of Randy. Meanwhile, Bell is given an offer to leave desk-work with Gregson and join the NYPD’s intelligence unit. 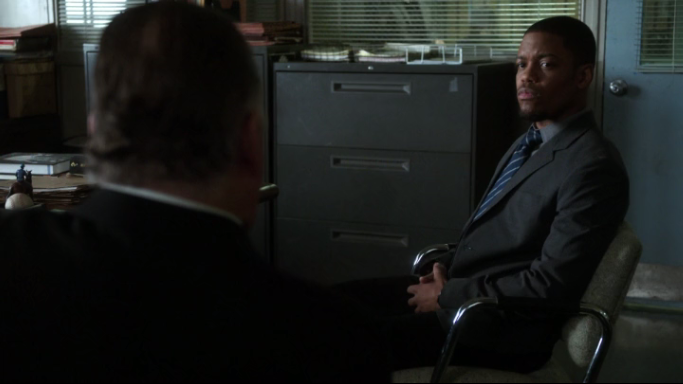 What did you think of this episode? Are you glad the show’s back to a lighter tone, or still worried about Bell and Sherlock’s tendency to skirt rules? Let us know in the comments!

Assessing the Bitcoin Boom: An Introduction to the Fundamentals