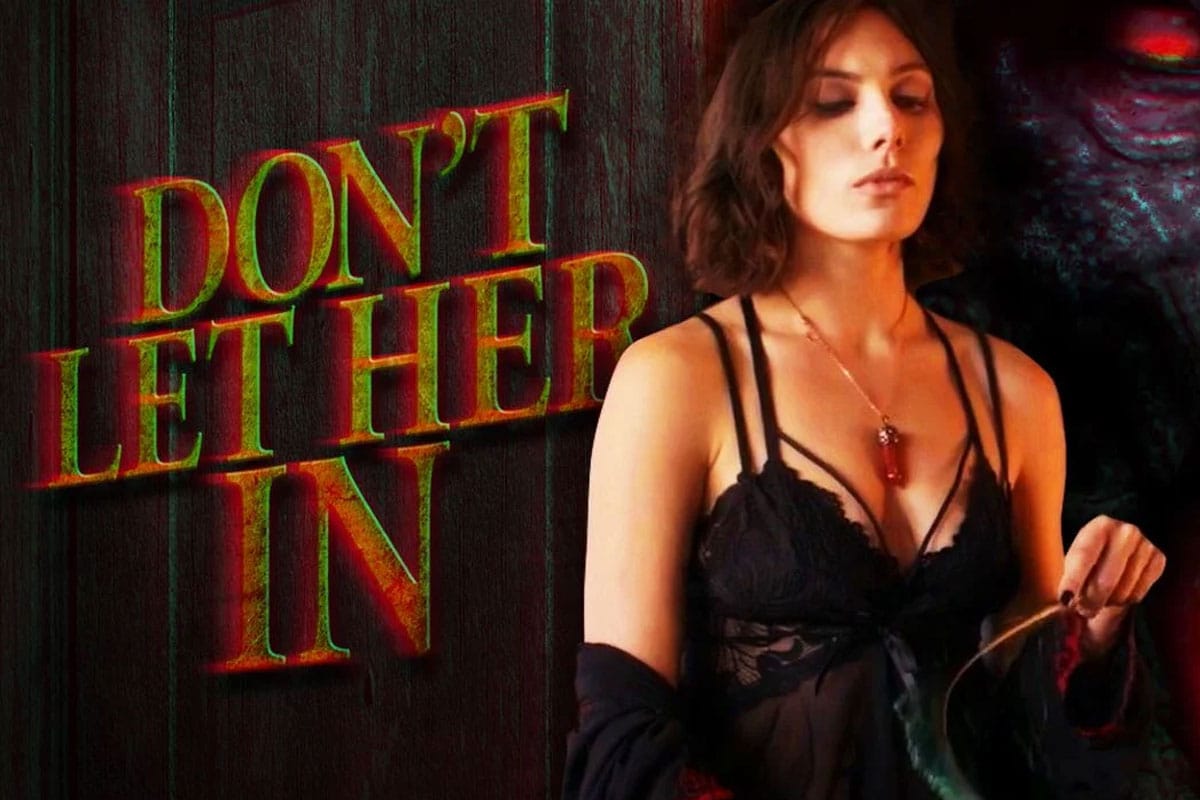 FULL MOON FEATURES GEARS UP TO RELEASE DON’T LET HER IN, A TWO-PART HORROR FILM FROM WRITER/DIRECTOR TED NICOLAOU

Chock-full of Hollywood’s rising stars, the full cast list was also unveiled. Kelly Curran (Love Is Blind, Off Book, 4/20) is set to play Amber, a radiant, bohemian artist whose life descends into a nightmare after renting a spare room from a mysterious stranger. Lorin Doctor (“Too Old to Die Young”, The Brawler, “American Crime Story”) will playSerena, an ethereal artist with a timeless aura who hides her darker energies with a veneer of innocence and charm. And, Cole Pendery (“Criminal Minds”, “#Bandcamp”) signed on to play Ben, a self-obsessed, cannabis-infused, low level rock musician who relies on his sense of humor over his intelligence as he becomes entangled in a demonic love triangle.

“I started my long friendship with Charlie Band, editing the film Tourist Trap,” says Nicolaou. “I worked for a number of years, editing his films, until he offered me my first feature to direct – the crazy monster comedy, TerrorVision. Over the years, we continued to make films together, including the vampire saga Subspecies, and the family films Dragonworld, Remote, and Leapin’ Leprechauns.

When he asked me to participate in his new slate of films, I jumped at the opportunity to meet the challenge of creating an effective horror film for the Full Moon Features streaming service. I hope horror fans everywhere enjoy Don’t Let Her In, an eerie story of aspiring young artists in LA, the insecurity of our perceptions and relationships, and how the shortage of affordable housing opens the door to a roommate from Hell.”

The film follows Ben and Amber, an attractive young couple who rent out a room in their spacious loft to Serena, an eccentric, beautiful female artist…and they soon live to regret it… Slowly but surely, their seductive new tenant invades their minds, their beds, the very fabric of their lives. When Amber finds herself pregnant, the lovers begin to suspect that the fetus growing within her womb is something more than human, something evil…and that Serena has been sent on a maternal mission from Hell itself.

Founded in 1989 by iconic independent film producer and director Charles Band, Full Moon is the successor to Band’s groundbreaking Empire Pictures Studio from the 1980’s. With Empire, Band created now-classic horror films like RE-ANIMATOR, FROM BEYOND and GHOULIES.

Band’s films helped launch the career of many of Hollywood’s biggest stars including Demi Moore (PARASITE), Helen Hunt (TRANCERS), and Viggo Mortensen (PRISON), to name a few.  With Full Moon, Band has produced over 150 films, including the PUPPET MASTER franchise, SUBSPECIES, PIT AND THE PENDULUM, CASTLE FREAK, DOLLMAN, DEMONIC TOYS, PREHYSTERIA!, EVIL BONG, and many more.

As well as feature films, Full Moon produces original series, toys, collectibles, merchandise, comic books and publishes the popular horror film magazine DELIRIUM. In 2019, Full Moon launched their most ambitious project to date with DEADLY TEN, in which 10 new feature films are being produced back-to-back all over the world with completely live-streamed shoots airing on www.DeadlyTen.com.

Each film will premiere on Full Moon’s streaming channel FULL MOON FEATURES as well as Full Moon’s Amazon channel and other digital platforms. In 2020, as Hollywood productions shut-down or were put on hold, Full Moon created a series of high concept exploitation pictures produced exclusively under the parameters of the quarantine, beginning with the satirical and hugely successful CORONA ZOMBIES and continuing with BARBIE AND KENDRA SAVE THE TIGER KING. Each comedic film includes re-dubbed footage from obscure exploitation films along with new footage and existing news footage, to create surreal and socially irreverent exploitation entertainment.

Writer/Director Ted Nicolaou, and actors Lorin Doctor and Kelly Curran, will be joining us on GEEK SPEAK at 9pm ET/6pm PT on May 10th. Head over to our YouTube channel and subscribe, then hit the notifications bell for a reminder when we go LIVE.

Geek Speak is Geek Insider’s flagship podcast and we’ve had the pleasure of sitting with many people who’ve worked in the Full Moon Features franchise, including Charles Band!