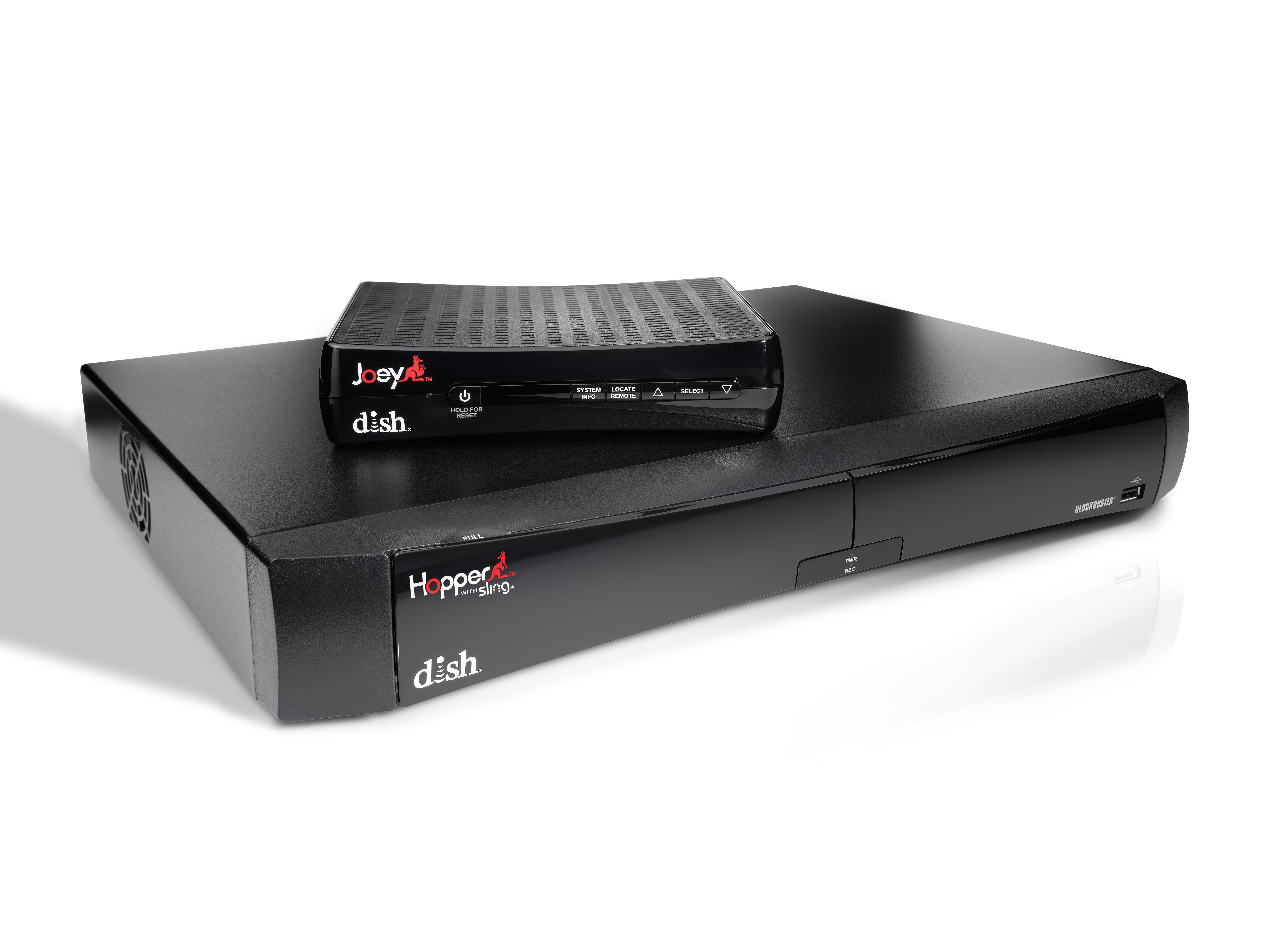 Now that DVR is in existence, we all wonder how we ever lived without it. Being able to digitally record TV shows and play them back anytime I like is an experience that 8-year-old VHS-recording me could only dream about. Now that DVR has become a competitive feature between most major satellite and cable TV providers, the consumer has a chance to really look at all the features that a provider has to offer. That said, it isn’t every day that features that have never been seen before in a DVR come around. Not only has Dish and its innovative ‘Hopper’ broken the mold, they have also shattered our preconceived notions about whole-home television and our ability to record multiple shows at once. 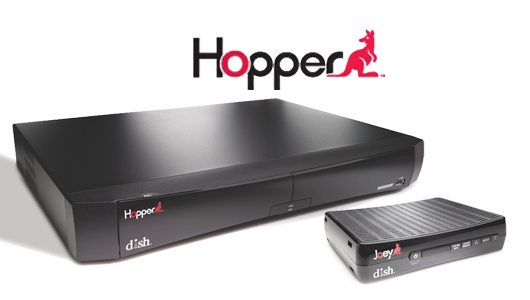 Let’s Start At The Beginning…

With a comprehensive service like Dish, there is a LOT to cover in one review. Since the vast majority of the population knows a lot about standard satellite television, we’ve decided to focus on the features that set Dish and their Hopper apart from other providers. The biggest differences that we noticed between Dish and their “Competitors” (cough, DirecTV, cough), is what we like to refer to as the “Whole Home Experience”, as well as the ability to record up to 6 TV shows at once.

The Hopper (which is considered the main or ‘Living Room’ unit)  is a very attractive and sleek box that is of average size for a Satellite receiver. The Hopper boasts all of the standard inputs and outputs on the back panel that you would normally expect to see on a DVR unit. There is one coax input is required from the satellite. There is also an  internal drive which is capable (THANK GOD) of transferring recordings from your previous Dish DVR. So, those 300 episodes of the Gilmore Girls that you’ve been secretly holding on to? Yeah, you get to keep them!

Also included is the internal power supply, as well as HDMI and component HD outputs. The bottom line? It sets up nearly exactly like any other DVR that you may have come into contact with.

There’s a convenient USB port on one side of the unit and two additional ports available on the back.  On the front of the Hopper there are two indicator lights that tell you whether or not the it is on and whether or not it is currently recording.  Of course, on the other side of the unit, there is the standard flap-door that houses the card, as well as a reset button.

If you have other televisions that will also be hooked up to the Hopper, (and this is where the “Whole Home” thing comes into play) then you will also receive one “Joey” unit for each additional television. I would like to take this moment to say how much I love the Kangaroo theme that Dish has going on.

‘Joey’ is a multi-room client that is super compact and versatile in that it can be mounted nearly anywhere. It comes with a little base that allows it to be places both horizontally and vertically. If that doesn’t suit your fancy and you would rather not see the ‘Joey’ at all, it can also be wired to the back of an HDTV with no problem. This is great for minimalist the minimalist or those with limited space in, say, a bedroom or kitchen.

Essentially, the Joey unit’s back panel is a trimmed down version of the Hopper with significantly fewer output options. In terms of function, a coax is used to stream television from the main Hopper unit, however, you’ll still need an internet connection to access some features (think Video-on-Demand), however it is not essential for function. 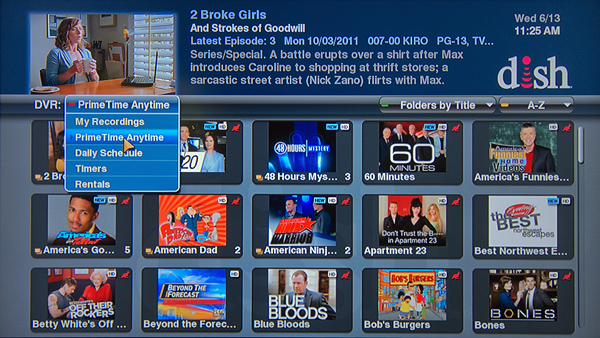 While covering the entire Dish user interface would be a large review within itself, we still wanted to touch on a few key points that set the Dish interface apart from others.

The Dish UI is based almost solely on the use of icons and a cursor that is controlled by the included remote’s D-pad, however, this isn’t as cumbersome as it sounds. Back in the day, settings, controls, and nearly everything else came up in a sometimes confusing list for you to scroll through and select. The icon approach, to us, is much more user friendly and the cursor used to navigate feels like a familiar friend in a computer-heavy world. Each icon has a small thumbnail that further elaborates what each selection is for and makes selections easier from a distance or for the visually impaired. Organization is paramount for Dish, and finding your recorded shows, on demand movies, and Hopper settings could not be easier.

So, you’re all set up. You know how to navigate the menus and you have your remote in hand. Let’s get down to the stuff you’re itching to try: recording an entire season of Teen Mom 2 so that you can shamelessly watch it when your significant other leaves for work.

So, there are several ways to go about finding a show (or shows) to record. The easiest and most straightforward way is to catch the show that you are wanting to record while it is on the browsing schedule. For instance, lets say you are scrolling around looking for something to watch and notice that Game of Thrones is coming on in two hours. You won’t be home to watch it, but you really want to see it. If this is the case, the cursor can simply be placed on the episode and the record button on the remote can be pressed. The menu that appears will prompt you to decide whether or not you are recording just the one show, or the entire series, which is helpful if you are trying to get caught up, or catch a particular episode that you haven’t seen yet.

Now, if you aren’t lucky enough to stumble upon the show that you want to record, you’ll have to search for it. This is slightly more complicated, but no more complicated than competitors. One of the somewhat major flaws in this system is how the results turn out. You would assume you would simply get a list of search results, however this is not the case. The search turns up individual episodes instead of lumping them into entire shows, which, as you can imagine, makes the process a little lengthy and confusing.