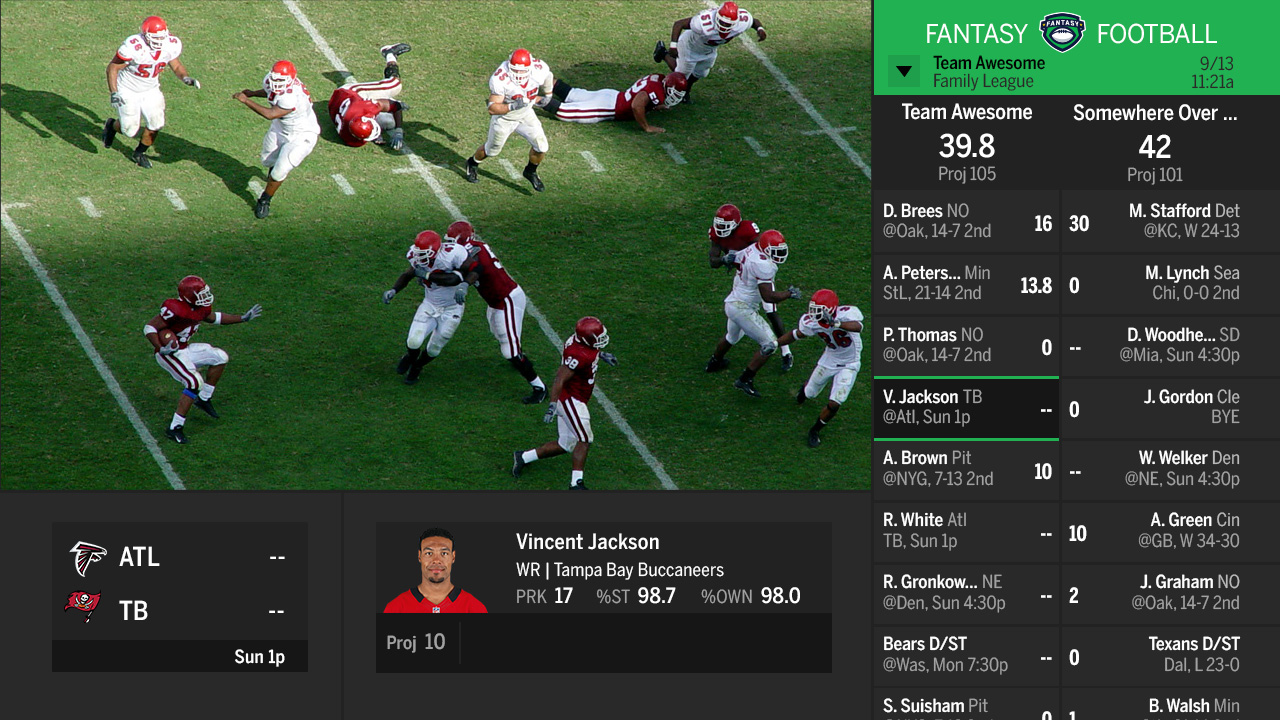 As the leaves drop from the trees and the crisp fall air makes you dream of pumpkin-flavored things, there is also another season creeping up on us. Football season! As such, our friends at DISH have just announced their brand-new Fantasy Football app that will be debuted on their signature ‘Hopper’ during the NFL opening weekend. Check out the details of their press release below:

As the NFL kicks off its 2014 season, DISH is adding an ESPN Fantasy Football app that delivers fantasy stats directly to customers’ TV screens. Available on DISH’s Hopper® Whole-Home HD DVR this weekend, the new app gives customers the ability to follow their fantasy players’ performance, team’s weekly matchup and league standings in real time – all while watching live or recorded TV. The app will roll out to DISH customers beginning Friday night.
“Increasingly fans use mobile devices to immerse themselves in fantasy data as they watch live football games,” said Jimshade Chaudhari, DISH director of product management. “This app streamlines the NFL football viewing experience by consolidating real-time action and fantasy stats on one screen.”

The app’s L-shaped layout – with fantasy data displayed on the bottom and right side of the TV screen – automatically resizes the viewing screen to display fantasy league stats without obstructing the live game.

It also features all weekly matchups within a league, bench stats, individual player and defensive team profiles, and NFL teams’ in-progress box scores. Moreover, the app is compatible with multiple ESPN fantasy football leagues, ideal for individuals and households with more than one fantasy team.

“DISH is the only pay-TV provider to offer ESPN’s fantasy football app,” said Chaudhari. “Combined with the Hopper – the most awarded DVR in the industry – this app gives fans the best entertainment platform to experience the NFL this season.”

I think we can all agree that there’s nothing like an awesome new app, and integrating it into one of our favorite weekends of the year makes it that much better. Thanks, DISH!