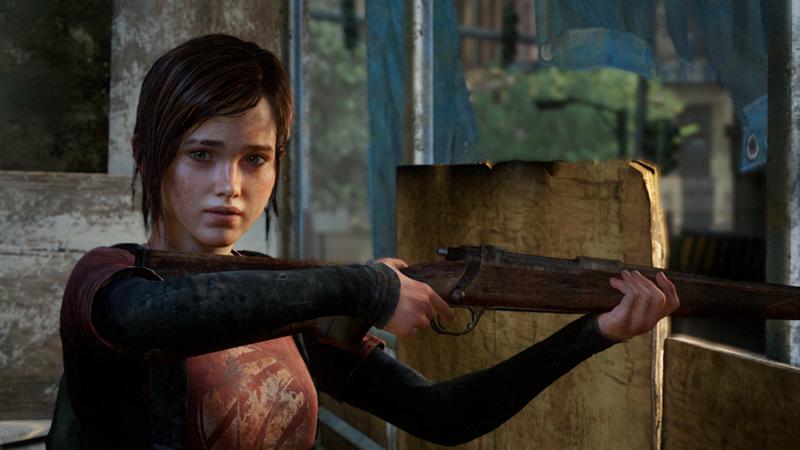 Given the enormous success of Naughty Dog’s 2013 survival horror revival The Last of Us, it was only a matter of time before Hollywood decided to make a film adaptation thereof. Nothing except a plan is set, though, and thus far that plan envisions Sam Raimi (of Evil Dead and original Spiderman trilogy fame) in the director’s chair. And who does Raimi envision in the role of the game’s centerpiece, Ellie?

None other than Maisie Williams, of course!

Williams (who is currently seventeen years old) rose to fame with her on-point portrayal of Arya Stark in HBO’s hit show “Game of Thrones,” an adaptation of George R. R. Martin’s equally successful book series A Song of Ice and Fire. Arya, who’s been on the run from the ruling Lannisters (among others) since the end of the first season, has gained a massive following among the series’s fan community and become one of the most popular characters in both the show and the books, all thanks to her spitfire attitude and strong will to survive.

As fans of the game know, Ellie has quite the attitude and survival aptitude herself. But despite her crude exterior, she is also vulnerable and remains curious about the world and people around her, much like Arya. Their respective stories also focus on how the hardships that they endure—as well as the gruesome acts that they’re forced to commit in order to survive, including murder—affect them. Ellie even shares a surname with Maisie, as confirmed by the Japanese instruction manual for The Last of Us.

So all and all, Williams seems like the choicest casting decision out of Ashley Johnson (Ellie’s voice/motion capture actor) herself. (In fact, Raimi lamented the fact that Johnson is visibly too old to play the character onscreen, stating that “in a perfect world, [she] would be a fourteen year-old girl.”)

Neither Raimi nor Naughty Dog has thus far voiced any other casting pics, not even for the game’s second protagonist Joel, his girlfriend/business partner Tess, or Ellie’s guardian Marlene. It is also no word on how Raimi and Naughty Dog hope to trim the Last of Us‘s immense story into a two-hour slot, or whether they hope to turn it into a film series with each entry focusing on a different section of the game.

The Last of Us is the second Naughty Dog game that Hollywood has tried to adapt into a film in recent years. The first is Uncharted, the adaptation of which was set to star Mark Wahlberg as game protagonist Nate Drake and Robert De Niro as Drake’s partner Victor “Sully” Sullivan.” Naughty Dog gave the project the ax after it butted heads with director David O. Russell over the creative direction of the film and several other failed attempts to secure a replacement crew. (It does seem as though the company is now trying, with Seth Gordon on board to director and a release date of June 2016 in mind.) The company has implied that it will do the same to the Last of Us film project should things go awry with Raimi’s vision. We’ll keep our fingers (tightly) crossed that that doesn’t happen.