Home Creators CornerComics Deadpool Vs X-Force: Not Days Of Future Past
ComicsEntertainment

Deadpool Vs X-Force: Not Days Of Future Past 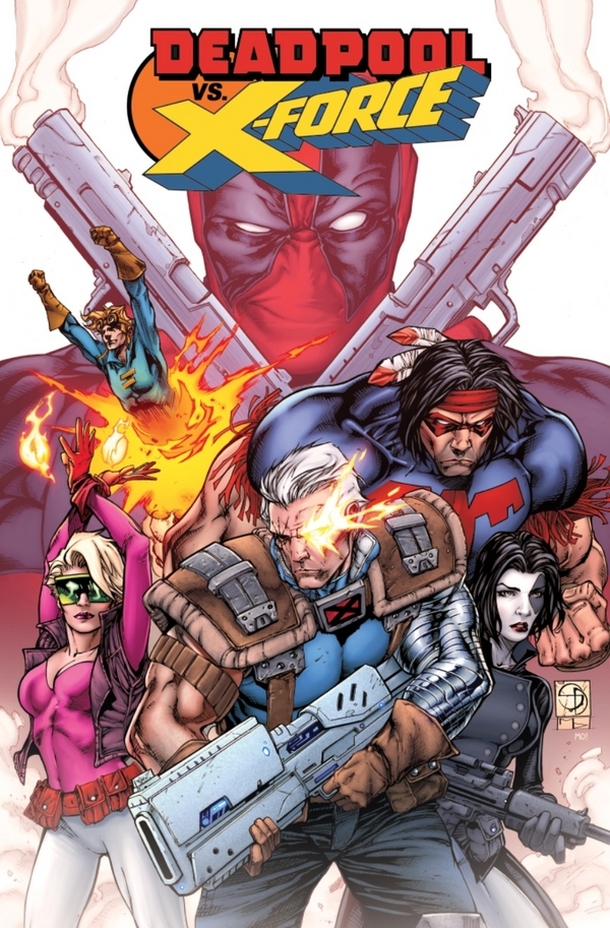 If you could take any ability from the X-Men, who’s would you take?

Whatever you said is wrong.

The correct answer is- You’d take Cable’s ability to travel through time, so that you could read the comic where he and Deadpool first meet. You’d also spend some time in the 90’s, discovering Nirvana before all your friends and buying stocks in acid wash jeans.

Deadpool Vs X-Force: Back To The Past

Marvel can’t give us the power to travel through time and space because they’re a comic book company and not Mister Sinister. But they’re doing the next best thing, by releasing a limited edition series of Deadpool Vs X-Force this July!

If you’re a Deadpool and Cable fan then you know, you KNOW, that they met in Issue 98 of New Mutants. It was Deadpool’s first appearance and the start of a beautiful friendship between he and Cable. Beautiful for Deadpool, just plain annoying at times for Cable.

But, Marvel’s about to turn that on it’s head with the latest series Deadpool Vs X-Force. The limited edition series will have Cable and a band of mutants (who will become the X-Force but aren’t yet) chasing after Deadpool, who is BLAM- BLAM-BLAMing his way through American history, threatening to forever change the fabric of the past.

Deadpool? Cable? Who ARE these people?

Deadpool and Cable was the bromance before bromances were ever brovented. Sure, one is a raving lunatic that constantly breaks the fourth wall and the other is some tripped out time traveller, but they’re so good together! It’s like the Odd Couple. Except, in the X-Men Universe and therefore more culturally relevant to today’s youth. Also they have guns, so….BONUS!

Deadpool is the “merc with a mouth”. A wise-crackin’, inappropriate guy who just wants to be loved, or to have power, or to eat chimmi changas. Deadpool is like the honey badger of the X-Men universe, which is funny because honey badgers remind me of wolverines and Deadpool is Deadpool BECAUSE of Wolverine and the Weapon X program. It’s all very complicated and tasty.

Look, the important thing, is that he’s chaos incarnate.

Cable is control. The result of a union between two high profile mutants (with the help/meddling of Mister Sinister), he’s a guy who is doomed to jump through space and time, just trying to help out where he can. He’s also doomed to have Deadpool be his buddy till the end of time. Which is a good thing, as far as self-preservation goes, because while Deadpool is by far the most hilarious character you’ll see in the X-Men universe, he’s also one of the most dangerous.

What Do We Do Until July?

If the idea of a Deadpool vs Xforce comic interests you, but you never got the chance to get into the Universe before now, you have two options.

The first, is to just wait it out till July. Maybe read a little on the web about Deadpool and Cable, but be warned there are a LOT of spoilers out there, that might be better read in a trade paperback than on a wiki page. In saying that, there’s a LOT of backstory for these two characters, both their origin stories and their entwined story arcs.

The second is to pick up some TPs (Trade Paperbacks) of Deadpool and Cable messing around together, to see if this is the sort of relationship you want to read about. 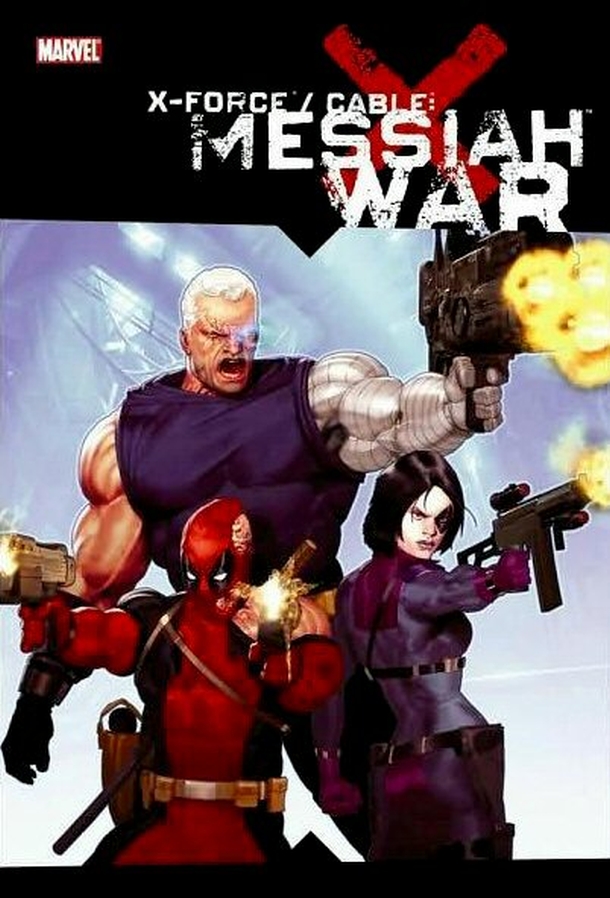 The X-Force/Cable: Messiah War TP is the way I got into Deadpool and thoroughly recommend it, if you want to jump straight in. It offers good backstory, while not being a horrible slog to get to the end. The artwork is good and writing is well-paced and entertaining.

A Warning: The Messiah War TP may contain ‘spoilers’* for certain X-Men franchise movies, depending on the way they go with the story line for the Days Of Future Past. Bishop is heavily featured in The Messiah War story arc, which is by far one of the most engaging arcs around.

Should you get it? YES. Deadpool and Cable are a great duo, even if it seems like they spend a lot of time shooting at one another. It may even entice the movie makers to FINALLY get Ryan Reynolds into a superhero outfit that’s suited for him. But most importantly, Deadpool’s mum thinks you should do it.

*The way A Song of Ice And Fire books will contain ‘spoilers’ for Game of Thrones the television series.

Superhero Movies: How are they Changing?