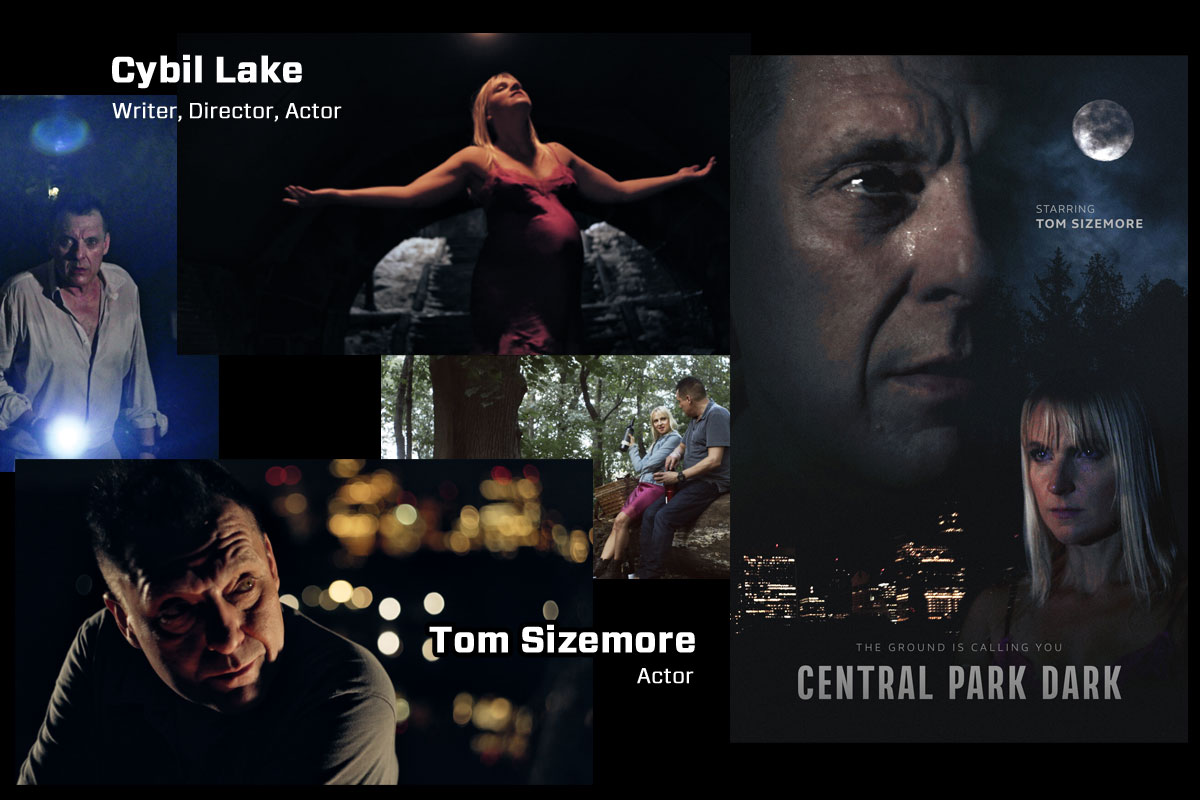 Geek Insider had the privilege of sitting down with writer, director, and actor, Cybil Lake, about her upcoming film CENTRAL PARK DARK, in which she co-stars with Tom Sizemore.

Slated to be released through Video On Demand (VOD) on February 2, 2021 through High Octane Pictures, the movie is a mind-bending thriller that follows “Thomas” (Tom Sizemore), who is an alcoholic, married doctor, who has a one-night stand with “Anna” (Cybil Lake).

CENTRAL PARK DARK is a ‘Fatal Attraction meets Blair Witch Project set in Central Park’. Cybil recast Central Park as a darker place of unknown forces. Certainly, Central Park is picturesque, but Cybil wanted her film to dig into the park’s underbelly – the off-limits woods – that one would never know sits in the middle of New York City.

This film illustrates how individuals can be completely isolated in a city of nine million people.

Cybil Lake has several credits in theater, commercials, television, and film. She’s had appearances in shows such as The Following, Daredevil, and Mysteries of Laura. Her film appearances range from supporting to lead actor in Jane the Stalker, Cashmere, Girl in Brooklyn, and her latest film, which she has written and directed, Central Park Dark.

She uses yoga, meditation, and aerobics to stay healthy and grounded, especially as she cares for her young children at home and juggling her writing, editing, and acting career. Transplanted to Los Angeles from New York, she maintains a very robust schedule.

A Writing and Directorial Debut

Cybil Lake makes her writing and film directorial debut with Central Park Dark. Combine a disturbed woman, mysticism, the treasured belief in an familial occult connection, and a desperate need to be loved, Anna has been on a quest to break the curse that binds her.

The film feels splintered because I have a hard time figuring out who is more broken, Anna or Thomas. There is a dark presence which I assume is Sarah Mae, a mystery woman, wraith, or perhaps one of Anna’s personality splits. In the very beginning, Anna shares that she has a few secrets of her own. We see flashbacks of her deeds and wonder if it’s a psychotic break or perhaps at least one body buried in the park.

Thomas, portrayed by Tom Sizemore, known for his roles in Saving Private Ryan, Pearl Harbor, and other badass characters, is a man whose life is falling apart and he’s making bad choices.

Most of my disconnect is not fully understanding whose psychotic break I’m immersed in. Anna is haunting Thomas. Is it because she’s dead or is he stuck in some alcoholic repeating nightmare? What’s reality and what is happening in the realm? One clue for reality is when Brenda Winters, played by Barbara Reed, appears. She seems to be the one main grounded character in this story.

“Central Park, quiet and dark. Circle of fire before you retire. You’d better come meet me when it’s three-three-three.”

I don’t know if picking the Angel Number 333 was purposeful. It was something I didn’t ask Cybil during our Geek Speak interview, but for those who don’t know, 333 is a special number to many. It’s a symbol of creative manifestation and strong connection with the spiritual realm as we communicate on a subconscious level with those spirit guides. This seems to be a running theme for Central Park Dark.

One interesting fact that was pointed out in the film was the existence of an area called Seneca Village which was destroyed to make way to help create what is now known as Central Park. It makes one wonder exactly what is in the ground.

Watch Geek Speak with Matthew Harris and Meredith Loughran. They sat with Cybil Lake on January 8, 2021 to talk about her film, the genesis story behind the film and her path into acting and moviemaking.

Tune in to The Geek Insider Podcast on your favorite listening app. We’re on iHeartRadio, Amazon Music, Pandora, iTunes and more. And don’t forget to subscribe to Geek Insider on YouTube where we livestream our interviews first! Hit the notifications button because you never know when we’re going to meet up with our friends in the entertainment industry.

At Geek Insider, we cover movies, music, tech, writing, and all things indie.