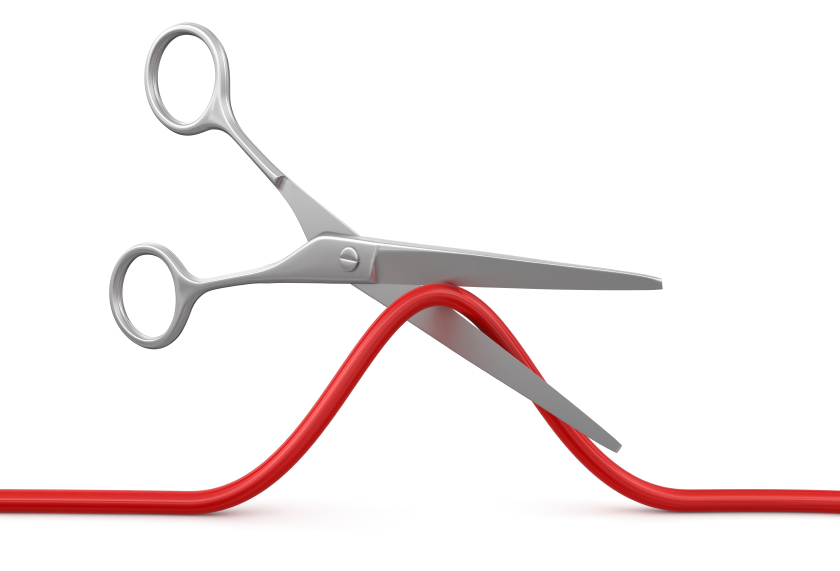 I “cut the cord” from my cable provider a few years ago. I did an analysis of what shows I watched and how many I could get for free or through services like Hulu. Apparently I could get everything except A&E, CBS, and TLC. So I got a $10 digital antennae to get anything that was broadcast for free.

I saved $80/month or just under $1,000 a year by canceling traditional cable. But it’s given me way more than that. Here are some things that I’ve been able to do because I cut the cable bill:

One of the monthly bills that we’ve added by using the money we saved from cable is Disney World passes. The pass itself is somewhere around $20 a month. It allows us to have “mini-vacations” whenever we please. For most people, going to a theme park counts as a full vacation that costs a lot of money. But because we can now afford it, we just go.

Live Life Instead of Watching It

I used to get the feeling, as I watched traditional cable, that the TV world was ruling my life. I watched shows live, with commercials, because I wanted to be able to talk about it at the proverbial water cooler the next day. But since so many people no longer watch shows as they air, this has become a non-issue. Additionally, depending upon what kind of streaming service I’m using, there aren’t any commercials. I save time by not watching TV live with commercials or through a DVR that I have to fast forward through.

Even if one of my initial goals for cutting the cord was to watch less TV overall, this has proven not to be the case. I watch even more TV because I have access to way more of it. Now I watch Korean drama and British shows too. When US channels, like ABC Family, decide that I’ll have to add that cable bill back in my life to watch Pretty Little Liars, I just deleted it from my weekly line up. There are literally hundreds, if not thousands, of shows internationally that will fill that space. I’m in control of what I watch, not the cable companies.

Plus, because I don’t need a cable hookup to get my fix, I can watch TV from my phone at the office, from a tablet in my bed or from the Xbox wherever there’s a plug. I can lead an active life, going to fun conferences, while using technology to watch TV on the go.

If you’re considering taking the plunge and cutting the cord, go ahead and do it. Tell the cable companies what’s up. If you ever change your mind, you can get your cable back with a new subscriber discount. There’s literally nothing to lose. If you’re unsure whether to cut cord to save, visit interesting cable tv statistics to learn more.