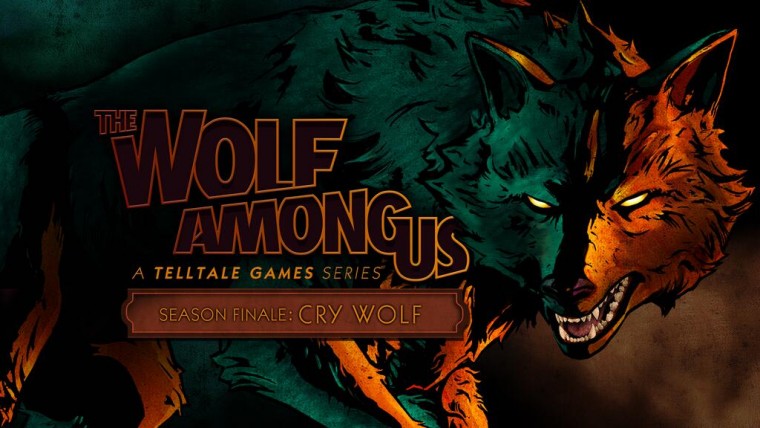 Ending Season One with a Bang!

My reaction after playing this episode was just pure awe and shock, what a way to finish the first season of the Wolf Among Us! All the facts we didn’t know we answered, every choice felt like it had weight and consequences and finally the case of the Crooked Man is finally solved one way or another.

A Little Bit of Everything

Picking up right after the ending of Episode 4, Bigby comes face to face with the Crooked Man. The Crooked Man just wants to chat and find a way to erase all the “unpleasantness”, the murder is finally revealed. One way or another, Bigby and the Crooked Man can’t exactly agree and things turn sour. From there things escalate, rather quickly. Soon Bigby is chasing the Crooked Man down, having epic fights with his various henchmen, including Bloody Mary (a fan and personal favorite). The chase scene was intense, but felt a bit awkward, as the controls flashed by and didn’t exactly have consequences when mistakes were made. This is a small complaint, more of an annoyance, but when compared to the rest of the game a low point in gameplay, but it does get the heart racing. If Bigby takes the right actions, the Crooked Man will be put on trail, with the citizens of Fabletown that Bigby has interacted with as the jury. However it isn’t a clean sweep, with everyone finding the Crooked Man guilty. The Crooked Man is able to effectively win over members of the jury, with half-truths and discussing Fabletown’s clearly inept government. Suddenly all of Bigby’s actions in the previous episodes are paramount with how various characters react, causing Bigby (and the player) to frantically try to convince the citizens of Fabletown what he has been doing is right. This section had me in a cold sweat, hoping that all my actions were correct and hurriedly trying to choose the best dialogue options.

The Good and the Bad

Cry Wolf focuses on some very interesting and intriguing characters like Georgie Porgie, Nerissa and the Crooked Man, to name a few. These characters get really fleshed out and the player is given a lot of insight into what motivates these characters, in relation to the murder case. However on the other hand some characters like Snow White, who had recently adopted a new attitude and philosophy, weren’t given a decent amount of screen time, shunted to the side to give substance to the selected characters, mostly the Crooked Man’s henchmen and people who suffered at his hands. As for the fights, they are extremely intense and visually quite stunning, especially when Bigby goes toe-to-toe with Bloody Mary for round two. Still the fights have their problems too, in most of the confrontations there was an almost tedious amount of button mashing in order to prevent Bigby from being stabbed, punched, pulverized etc. The need to constantly push the X button during the fights detracted from the epic, heart pounding action but not enough to really damage the amazing combat sections.

Eventually when all is said and done, the case is finally finished. However the episode ends on quite the hook, one that could definitely lead to a possible next season!!! The message examined in the last couple minutes is also a very interesting one. Bigby thinks about the fact that whatever he does, however he tries to help and save people, not everyone will be happy with what happens. Many games don’t contain such a realistic and complicated theme, much less discuss  it to the depth that The Wolf Among Us does in the final moments. This is one of the series’s defining characteristics, one attribute that separates it from the various other games out there. In the end, Cry Wolf is a heart pounding conclusion to yet another amazing Telltale Game’s series.