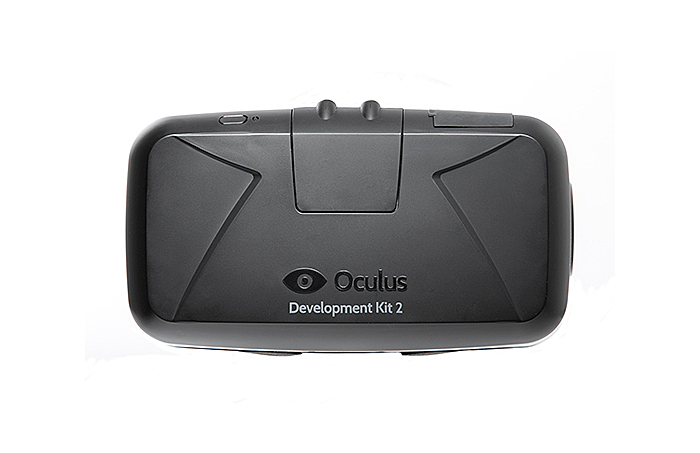 Despite its limitations the Oculus Rift has earned quite the cult following, with others eagerly waiting in the wings while the kinks get worked out. The promise of better things to come and the recognition that this is a start-up company has kept fans patient and eager to be the beta testers of the device. Finally, it looks like the wait has paid off, as the Oculus Rift team will soon be releasing their second development kit, first announced in March, aptly nicknamed DK2.

Two of Oculus Rift’s biggest problems have finally been tackled in DK2.

First, image resolution. The original development kit proved to be frustrating for some due to somewhat low resolution, about 720p. That might not sound low, but in a gaming platform that gets you up close and personal with the graphics and virtual worlds, its noticeable. At this point, we’re used to having the option of up to 2040p on some YouTube videos, making once-decent resolutions a disappointment.

With the new dev kit, the resolution has been bumped up to 1080p. Testers of DK2 have said the new resolution is an improvement, but still a bit glassy looking in the device’s virtual worlds. Still, it’s apparently a significant improvement, and Oculus has promised even higher resolutions to come as they move towards mass-marketing their product.

Another big issue many Oculus Rift users had with the device was its motion capturing. Users reported high levels of motion blur, leaving some feeling a bit queasy or otherwise unable to focus on the visuals. Graphics were also sometimes a bit too slow to load in sync with a user’s head movements, creating gaps in the pixels or more blur.

Now, a new prototype of the device itself, called ‘Crystal Cove’, includes invisible sensors in the wearable headpiece and a small camera that can track them. Users place the camera somewhere in front of them with the lens point their way, and the sensors in the visor will relay a wider variety of head movements than the first Oculus Rift, allowing for more in-game exploring and, best of all, less of the nausea-inducing motion blur. The Oculus team has also been tweaking things to try to adjust persistence of vision (though they are likely thinking of the phi phenomenon), the theory that is part of what allows us to perceive motion. This is what’s mostly behind testers of the DK2 reporting a more comfortable, less vom-inducing experience. (Note: As I am not even remotely equipped to explain motion perception and this is an article about the overall product of Oculus Rift and not an essay on one detail, have a go at this page for more info on this.)

An expected yet frustrating part of any new technology is the initial period where content creators drag their feet to get on board. It’s understandable, putting money into something new is always a little risky, but it can also be a Catch-22 as consumers become frustrated over the lack of content, causing initial growth to stumble, which in turn makes content creators even more wary to invest in the tech, and so the cycle goes. The new Oculus dev kit aims to give game developers more resources and an all-around better product in hopes that it will encourage them to create more Oculus-ready games.

Indeed, we already have some good signs that accomplished game developers are interested in the tech. When Facebook purchased Oculus for $2 million back in March, it gave consumers some hope that the tech was being taken seriously. Powerful people have certainly been interested in the Oculus Rift since last year, when id Software co-founder John Carmack joined the Oculus team as its CTO. With iconic games like the Quake series and Wolfenstein under his belt, Carmack’s addition to the team was a sign of more serious game development in the future. It’s clear that Carmack believes in the marketability of the Oculus, stating back in 2013, “You should expect that in the future head-mounted [virtual reality] displays will have similar price points to smartphones.” With Funds from Facebook, Oculus could really take off in 2014. 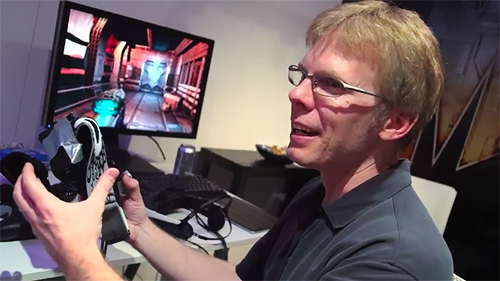 John Carmack showing off an early version of Oculus Rift. Photo via E3.

When’s This Thing Coming to the Masses?

The official answer: “we’re not telling”. Oculus is still elusive about when it will release the upgraded Oculus Rift for mass consumption, something which it has long been planning to do. The company has stated it plans to make several more updates and tweaks to the device before it will release it as a true consumer product. On their website, they remain cryptic but imply that there is a lot more to come:

Virtual reality is going to continue to evolve rapidly in the coming years. There’s no cutting corners or ‘good enough’ when it comes to VR; the consumer Rift needs to be perfect and we’re dedicated to getting it right. We’re moving as fast as possible and promise it’ll be worth the wait.

The passion of the VR community is what has made all this possible, from the Kickstarter campaign to the hundreds of games and experiences we’ve seen so far. And this is still just the beginning.

We truly believe virtual reality will change the world — Thanks for being part of the journey with us.