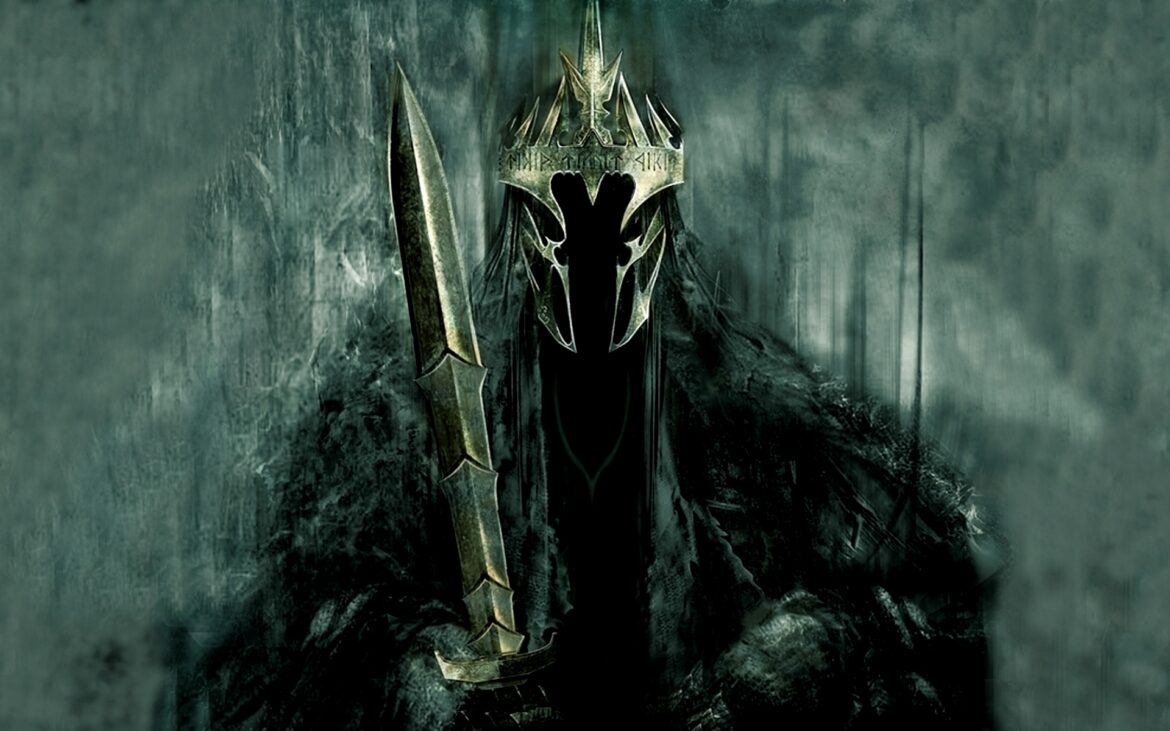 As artists, we can’t please everyone. There are hundreds of options to take and opinions to face, and when you are big name filmmakers like Peter Jackson and his team, the choices will be that much harder and the opinions harsher. When the first installment of his Hobbit trilogy premiered, fans weren’t too happy with the final product. The super long hiking sequences and the many variations from the book were problematic to many, but if you scroll through website after website you will see that the most common complaint was the amount of CGI.

What made The Lord of The Rings trilogy so groundbreaking was the combination use of CGI and prosthetics to create the creatures and the world that we see in the final product. Peter Jackson is quoted as saying:

“Prosthetic makeup is always frustrating,” Jackson said. “At the end of the day, if you want the character to talk, which a lot of the Orcs and goblins do, you can design the most incredible prosthetics, but you’ve still got eyes where the eyes have to be and the mouth where the mouth has to be. That human triangle, two eyes and a mouth, is very difficult to disguise, no matter what you do with the ears and heads and chins and noses.“

There are loads of downfalls to the use of prosthetics, sure. Allergic reactions, stiff material that may not move  quite the way you’d like it to, and you just have to touch up the footage later. There are all valid arguments fin favor of the use of CGI in most situations. But plenty of fans who adore the original trilogy of films fell in love with the realism that comes with a physical presence on screen. 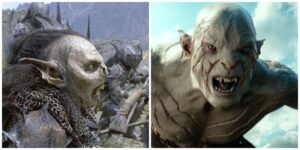 Gollum/Smeagol  was brought to life by the use of motion capture, and it was a magnificent accomplishment. And again with the work on Smaug the dragon. Truly magical. Beautiful work. But when you look at every single orc in The Hobbits films you see CGI, and it makes some of us miss the good old days when the orcs looked real. When the orcs look like they could pop out of the forest of trees as you drive down the highway or could be hiding under your bed. Viewers can see and feel the difference. Many believe that CGI is best used as frosting and not the base of the dessert.

A great example of this is Smaug the dragon. With the premiere of The Desolation of Smaug this past December, Tolkien fans have warmed up a little to Peter Jackson’s vision of this classic story. And I do mean it when I say a little. But, with the introduction of Smaug into the mix, there may still be hope for the second trilogy’s fandom. Keep the best, and reduce the excess. Basically, The Hobbit #2 is better without being the best.

The Hobbit films are shot in three dimensions in place of the high definition two dimensions of the first three Tolkien based films. This leaves absolutely no room for lack of detail. With that being said,  the glorious, majestic miniatures sculpted for the Rings trilogy are a no-go for this 3-D new technology.

Hi tech gadgets and the latest inventions will mold and frame the future of cinema, but filmmakers must take into account the roots of their success. There is a fine line between using CGI where needed and not “overdoing it”, and you can’t please everyone. But as long as filmmakers and storytellers find the balance between their art and their audience, I believe that we are heading in the right direction.

Your Television Screen: Breaking Down The Fourth Wall