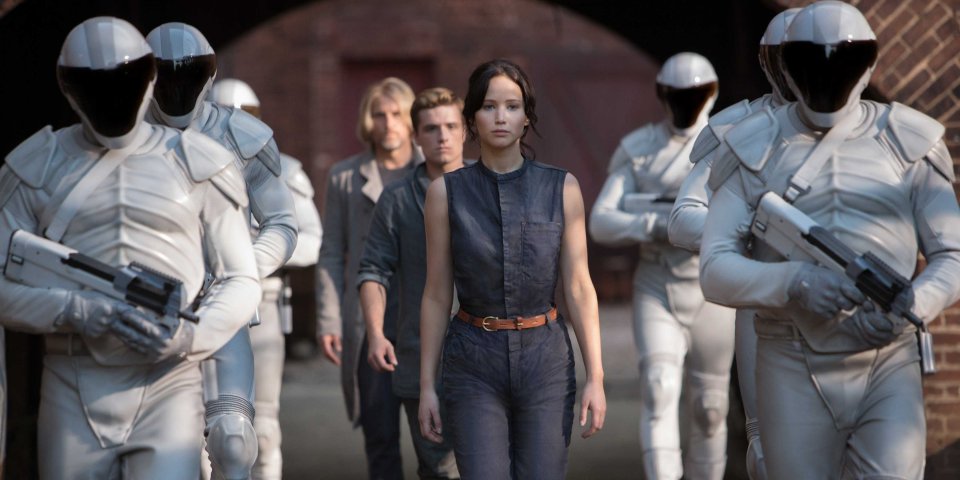 Catching Fire decimated its competition in the cinematic arena when it hit theaters November 22nd, becoming the second-highest opening grossing film of the year, right behind Iron Man 3, and was the 6th highest-grossing opening weekend of all time. (It also beat Harry Potter & The Sorcerer’s Stone‘s record for highest grossing Thanksgiving Day Weekend movie ever, meaning people who claim films with a female-lead are inherently less profitable can be laughed at even more than they were before.) After almost a month, the movie is still going strong and “reaping” its spectacular due in terms of record-breaking profits and fantastically deserved reviews.

And why not? It’s a great film. With an increased budget from its first film ($140-million compared to the previous $78-million) comes a more ambitious film visually. Gone is the shaky camera-work from The Hunger Games. The arena for the 75th Hunger Games is also a stunning masterwork of special-effects, as befits a no-expense-spared technological horror-dome financed by the corrupt and privileged Panem Capital– and that is, perhaps, one of the film’s greatest strengths. Fans of the book series by Suzanne Collins should appreciate the way that the film’s large budget has been judiciously used to visually separate the sparse, oppressed Districts and the bloated, ostentatious capitol. The glitzy costumes, the expensive special-effects are noticeably more prevalent– obnoxiously so, even, as is appropriate– with the presence of the Capitol than they are elsewhere in the film. It looks like nobody does a Big Media bad-guy quite like Hollywood– and you have to appreciate the flair with which they do it.

Fans will also appreciate the film’s devotion to the book’s true themes. Yes, the love triangle between Peeta and Gale is still there– it was in the books– but it is in no way played up or made to overcast the more serious aspects of the story like motifs of oppression, of survival, of critical media consumption and of what it takes to protect those close to you– and what it feels like when those people are lost. In particular, the newly-introduced characters of Finnick Odair and Johanna Mason (played by Sam Clafin and Jena Malone) get some great moments to explore that last theme. While the death of Finnick’s mentor Mags was passed over fairly quickly and could have used a bit more gravitas, the events in the Arena did set up Annie Cresta’s role, which should result in more explored moments of loss for Finnick in the third and fourth films. (Yes, that’s right– Mockingjay is being split into two films, to be released in November and 2014 and 2015.)

Jena Malone also makes a fantastic Johanna; her acidity and anger come through in a fantastic and entertaining way– especially during a scene that wasn’t in the book. Yeah, the censored f-bombs in the interview scene between Johanna and Ceasar Flickerman? A collaboration between Suzanne Collins, director Francis Lewis, and Jena herself, partially to demonstrate the character’s personality and partially to demonstrate the hypocrisy of the Capitol– not unlike the occasional hypocrisy of our own media. After all, the Capitol will live-broadcast a gladiatorial murder-spree of twenty-four children, but saying “fuck” on a talk-show? That’s unacceptable. 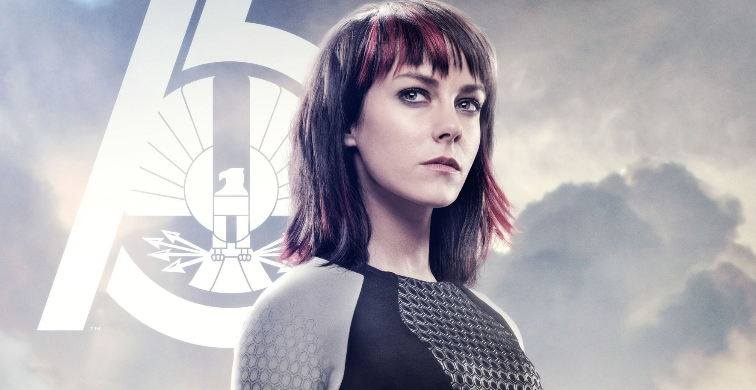 Something should, of course, be said about the engaging performances of the two returning leads and Hunger Games victors, Jennifer Lawrence as Katniss Everdeen and Josh Hutcherson as Peeta Mellark. They do indeed give a great performance; Lawrence continues to bring a sense of gravitas and ruthless survival instinct to the character of Katniss which, mixed with grief, empathy for others, and fear, makes a completely convincing portrayal of a completely complex and compelling character. Hutcherson’s Peeta is also a great portrayal: a steady, quiet, and deceptively cunning support to Katniss who, despite not being a martial character, continues to show real strength in other ways. But their performances alone would not carry the film, and it’s the great writing, great directing, and great immersive moments for the supporting characters– Johanna’s rock-bottom rage, Prim’s subtle growth from little sister to simmering revolutionary, Effie’s realization of the Capitol’s cruelty, even the (terrifying) moments of humanity between President Snow and his granddaughter– that really make the film a success.

That’s because the true biggest strength of this movie isn’t in its lead actors (fantastic), its star-power (Lawrence, Hoffman, Tucci, and Sutherland to start), or in its special-effects, sets and costuming (WOW). The success of this movie is its ability to make Panem and its corruption immersively, impressively, intensely, undeniably real. There are heroes and there are villains, but the heroes are sometimes those who want to start shooting first, and the villains smile through the pain as they watch loved ones buy into their glamorization of horror and death. Love and compassion attempt to grow, but True Love is a political manipulation. Panem’s use of surveillance and media make us double take and examine similarities we may spot in our own, every-day lives. Catching Fire has done a wonderful job of engaging its audiences heart, soul, and, most importantly, mind– and isn’t it nice to have a pop-culture film that expects its audiences to think for a change?

What was your favorite part of Catching Fire? If you read them, how do you feel it compared to the books? Let us know in the comments.