Cartoon Network: Shows to Watch from the Short Development Initiative

Cartoon Network is trying to construct a strong core lineup of shows to match the “glory days” of the Cartoon Cartoon.  After the remarkable success of Adventure time, Cartoon Network executives started an animated shorts initiative to introduce new shows into the fold based off of popular independent animated shorts.  This led first to the production of Regular Show, the brainchild of J.G. Quintel based on his shorts “2 in the A.M. P.M.” and “The Naïve Man from Loliland.”  This show also had a great deal of success, especially with key male demographics.  Now the company is expanding their roster even further with new releases, Steven Universe, Uncle Grandpa, and Clarence, all developed from animated shorts.  This article will give you the run down on which of these new shows are worth a watch as well as whether Cartoon Network’s other shows are still going strong. 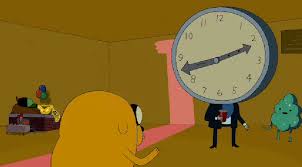 Starting chronologically with Cartoon Network’s biggest hit in years, Adventure Time follows Finn the Human, and Jake, his magic dog best friend as they travel around the magical, whimsical, and post-apocalyptic world of Ooo.  As the show enters its sixth season, we see many of the characters we come to love breaking down.  Finn is facing more emotional challenges as he meets his father and continues to struggle with his relationships.  We’re still learning new things about the history of the world and the nature of deities like Prizmo, the Cosmic Owl, and the evil Lich.

For those who are uninitiated in the various adventures of Finn and Jake, you’ve probably already realized that this show is not something you can just dive into.  There is continuity between episodes that can make it difficult to watch out of order. So, if the idea of a fantastical world full of monsters and magic seen through the eyes of a boy and his dog catches your fancy, you will probably want to start from the beginning.

For those wondering if they should keep watching, the answer is a resounding yes.  The show is only delving deeper into the vast mysteries of Ooo, and it’s clear creator Pendleton Ward isn’t just stringing us along.  He has a clear idea of where these characters are headed and what they will uncover.  Season six promises to be full of surprises and the same strange but subdued humor we love. 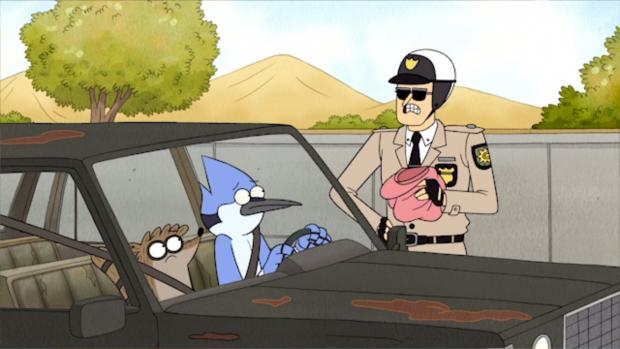 Just like their tagline says, this show is anything but regular.  It follows the lives of Mordecai, a blue jay, and Rigby, a Raccoon.  They work for the local parks department doing menial work with other colorful characters like Muscle Man, an overweight jerk, their boss Benson, a gumball machine, and High-Five Ghost who is self-explanatory.  Most episodes start out with a very simple problem like not wanting to set up folding chairs or trying to find out who is better at video games.  This issue then escalates into something ridiculous from some supernatural element.

The show has changed very little in the five seasons.  Everything resets at the end of the episode, and the formulaic plots all follow the same mundane to insane pattern.  The humor is largely “bro” jokes, where the words are shouted in unison followed by an “Oh Yeah!” or some other exclamation.  Still, the animators have a lot of fun with the more ridiculous bits.  If you can take a bit the immature humor and ridiculousness, it’s a very consistent show.

The Amazing World Of Gumball

This show as developed by Cartoon Network’s UK branch from a group of failed pilots and unused advertising characters.  The result is a bizarre and hyperactive cartoon with various styles of animation mixed together where everything talks, and everything conspires against our protagonists Gumball, a blue cat, and Darwin, a walking goldfish.  The humor in this cartoon is tight, fast-paced, and punchy with a joke density that rivals shows like SpongeBob and Johnny Bravo.  The characters are fun and varied and play off each other nicely, especially within Gumball’s family.  The animation style is unique, with CG, traditionally animated, and even claymation characters overlaid onto a realistic looking CG background.

This show is the both the most reminiscent of the 90’s cartoons in terms of humor as well as the most unique show in terms of style.  Whereas the other shows on this list rely mostly on non-sequitur humor and anti-jokes, this show’s humor comes from wordplay, character humor, slapstick, and irony much like the cartoons of the past.  What separates it from the likes of the Looney Toons are the characters which include a T-rex named Tina, a peanut with antlers named Penny, a hippie cloud school counselor named Mr. Small, and a snobby cloud named Masami.  Every episode focuses on Gumball and Darwin’s interactions with these colorful characters making for a unique experience every time.  The third season of Gumball premieres next month and it’s definitely worth a watch. 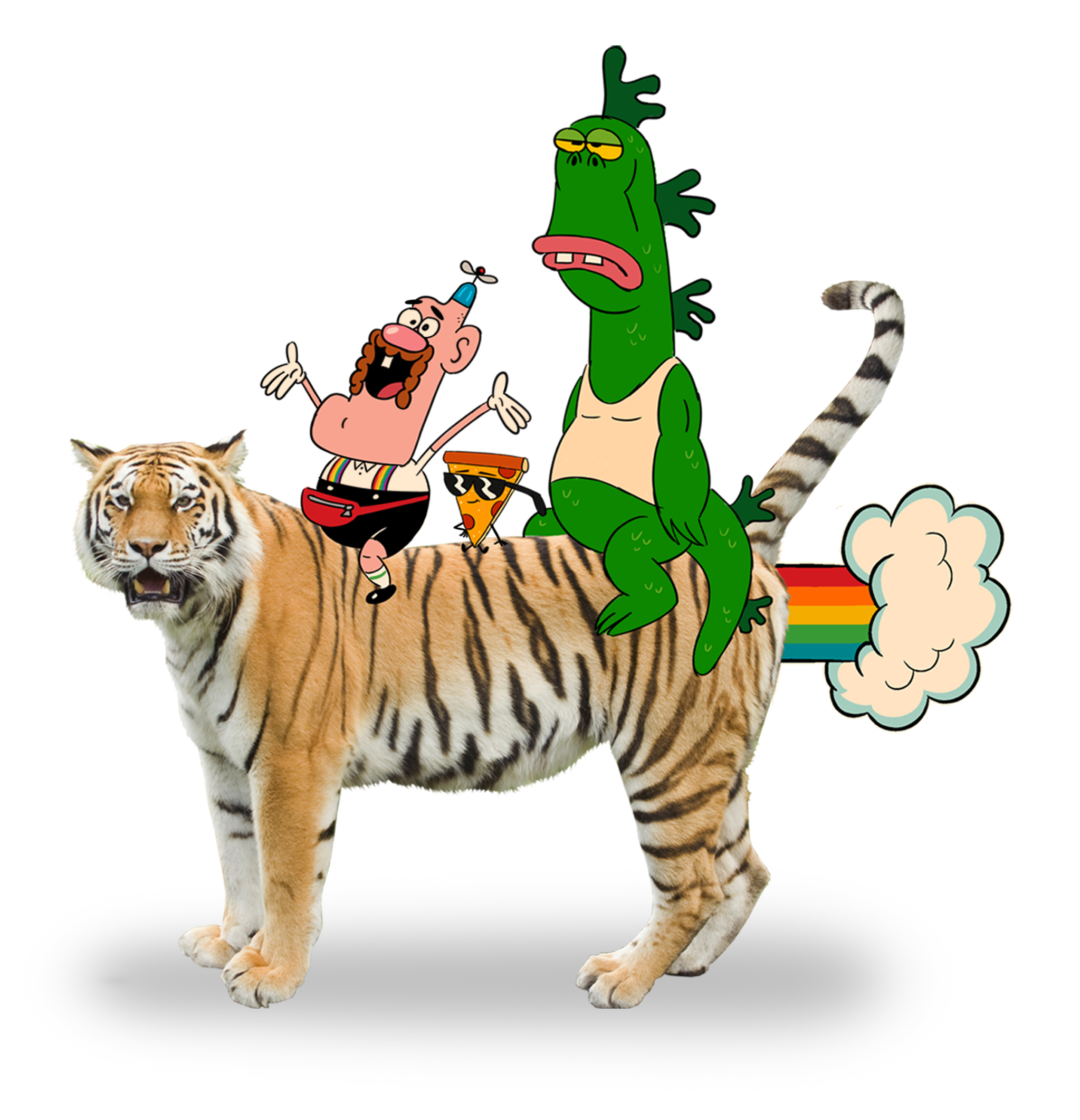 If Regular Show was immature, this show is infantile.  The humor is complete nonsense that is achieved solely by doing the least expected thing.  It centers around the titular Uncle Grandpa, a strange old man in a magic RV with a fanny pack, a permanent smile, and the bold claim that he is the uncle and grandfather of everyone on Earth.  He plays a mentor figure to different characters in each episode, helping them to achieve their dreams of overcome their problems in the most ridiculous way possible. His friends include Pizza Steve the pizza, Realistic Flying Tiger the realistic flying tiger, and Gus, a miniature Godzilla in a wife-beater.  I can’t recommend this show to anyone over the age of ten.  The humor mostly comes from goofy voices and random colorful images.  It’s not a show that plays to many different demographics like Adventure Time does.

Rebecca Sugar said of the making of Steven Universe “If you’re going to tell a universal story, the first thing you have to do is just look at what you want.  What you wanted when you were young, what you want now. That’s how you make something that everyone can find something in. It’s so personal and it’s so honest.” Steven Universe is the story of a young boy named Steven who teams up with three super powered ladies called the Crystal Gems, Garnett, Amethyst, and Pearl.  The plot revolves around him discovering his own gem powers and growing up in both the normal town of Beach City and the dangerous world of the gems.

Despite being one of the few shows with a female show-runner, Rebecca Sugar considers her story to be universal and I have to agree.  Steven is sort of the child in all of us, wanting to be a hero, but still naïve and carefree.  The gems are a perfect trio with Garnett the silent leader, Amethyst the goofy slacker, and Pearl the up-tight intellectual.  All of the characters are relatable and fun everyone.  And the adventures they go on all build on the characters and the world itself.  Unlike Adventure Time, which took the slow and steady pace when it came to revealing the rules of the world, Steven Universe introduces its audience rather quickly and gets right to the action.  New viewers should hop on quick so they don’t get left behind by the show’s fast pace.  This fun coming of age story is sure to become an instant classic.

The most recent addition to the Cartoon Network roster is Clarence.  The titular elementary school student is socially awkward, fun-loving, and just a bit odd.  Everyone knew at least one Clarence growing up, the kid who never really understood or cared about being popular or cool.  He just wanted to have fun and make friends with everyone he met.  Clarence and his friends get into the same kinds of mischief you did as a kid.  They find ways to play even in the most boring places like Grocery Stores or an arcade without any quarters.

The show’s humor is sort of like a more bombastic Rugrats.  It comes from the misunderstandings and misadventures of early childhood that we all experience.  It’s definitely worth checking out if for nothing else than a nostalgic reminiscence of your childhood.

Cartoon Network will soon be adding yet more programs, but their current line-up is extremely strong.  Most fans of animation will be able to find at least one show they like.  Coming up, the network will be releasing a mini-series called Over the Garden Wall, and two shows called We Bare Bears and I Heart Tuesdays.  Until then, enjoy these great shows from Cartoon Network’s short development

Comic Review: Nailbiter #1- Do You Bite Your Nails?

How to Pass the Time When the Internet is Down