From the minute that Peter Capaldi was announced to be the 12th regeneration of the Doctor on the popular BBC television show, Doctor Who, the question on all of the fans’ lips has been this: “What will the 12th Doctor wear?” From the demure checked pants and black somber jacket of William Hartnell’s First Doctor to the goofy tweed jacket, suspenders, and bow ties that Matt Smith’s Doctor now wears, the Doctor’s outfits have seemed to reflect and build on that regeneration of the Doctor’s personality and demeanor. So with an all new regeneration coming soon, during the 2013 Christmas Special, every one seems to be wondering what kind of Doctor will show up on the screen and what will he wear. Whovians have been chomping at the bit to find out what wonderful outfit comes after leather jackets, pinstripes, and bow ties, and Steven Moffat has given some clues to work with. 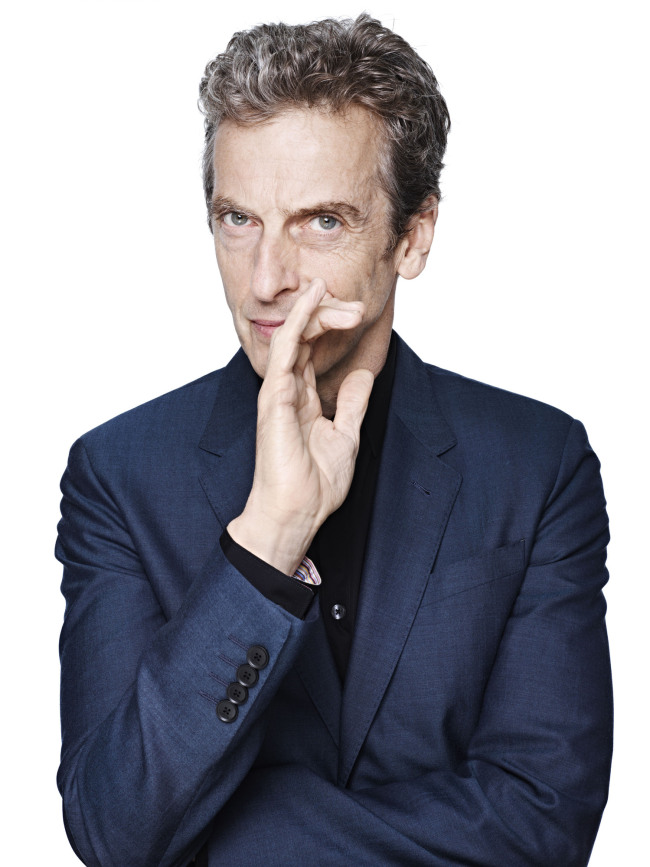 In an interview with Radio Times at the Cheltenham Literature Festival, Moffat said that he was just texting with Capaldi and that he was literally out right then with the Doctor Who wardrobe stylist checking out different clothes and styles for the Doctor’s new outfit.  Moffat explained to the Times that he was taking a more hands-off approach than he had with other Doctors because he failed to spot the potential of a bow tie for Matt Smith. He did not even want Smith to put a bow tie on, saying it was too cartoon-ish.

In the interview with the Radio Times Moffat says that, “Matt said ‘I should be a boffin, I think I need to go with the bow tie’ and I said ‘No, absolutely not, you’re not wearing a bow tie – that’s a cartoon idea of what Doctor Who is… Oh, you are going to wear a bow tie – you look incredible in it.” From that moment on Moffat says that Smith came to life in his role as the Doctor, he put on the tweed jacket and, “suddenly he’s leaping round the room with a biro pen and that was it – he was the Doctor.” So after not seeing the potential for Smith’s Doctor with the bow tie he has stepped back a little to let other’s help with the process of clothing the new Doctor. Of course Moffat will have a say in the final wardrobe but he will be letting other’s give more input than previously. To be sure that the Doctor is who he is supposed to be and who Capaldi can portray to the best of his abilities.

Leeson Fischer who writes for the Metro comments that, “I think the show is a bit more comfortable in its own skin nowadays, and is edging back to those wonderful whimsical outfits of days gone by.” Fischer commented that each of the Doctor’s outfits from 1-11 have had an influence on the character’s attitudes and demeanor. “So what will the Twelfth Doctor dig out of the TARDIS wardrobe when he bursts forth onto our screens next year? Well, Steven Moffatt’s comment that Capaldi had called him while shopping with suggestions including items of clothing that Moffatt had never heard of before fills me with hope that we’ll be saying hello to a truly classic Doctor.”

Moffat also stated in his interview with the Radio Times that Capalid has very strong opinions about his clothing–that he is a dashing fellow who like’s his clothes. So with that in mind, he will most likely make for a wonderful Doctor, especially because he is a life long fan; he knows all the Doctor’s regenerations and personalities. This will help him with picking out an outfit to fit the personality of the Doctor Moffat has written for him.

With this news about the wardrobe of the 12th Doctor coming to light, another announcement has come along with a tease from Moffat regarding the number of regenerations the Doctor can have. The announcement was that Ben Wheatley will be directing the first two episodes of the new series of Doctor Who, which should air in the Autumn of 2014. The news Moffat gave fans was that he confirmed the Doctor can only regenerate 12 times. But with this came the suggestion that there had been a miscalculation of how many times the Time Lord has actually regenerated. Moffat told fans, “I think you should go back to your DVDs and count correctly this time, there’s something you’ve all missed.” With all this new news coming and the 50th Anniversary of Doctor Who a little less than a month away, Doctor Who geeks and nerds are getting more excited than ever for the Christmas Special this year. What will we see and how hard are our hearts going to break this time?